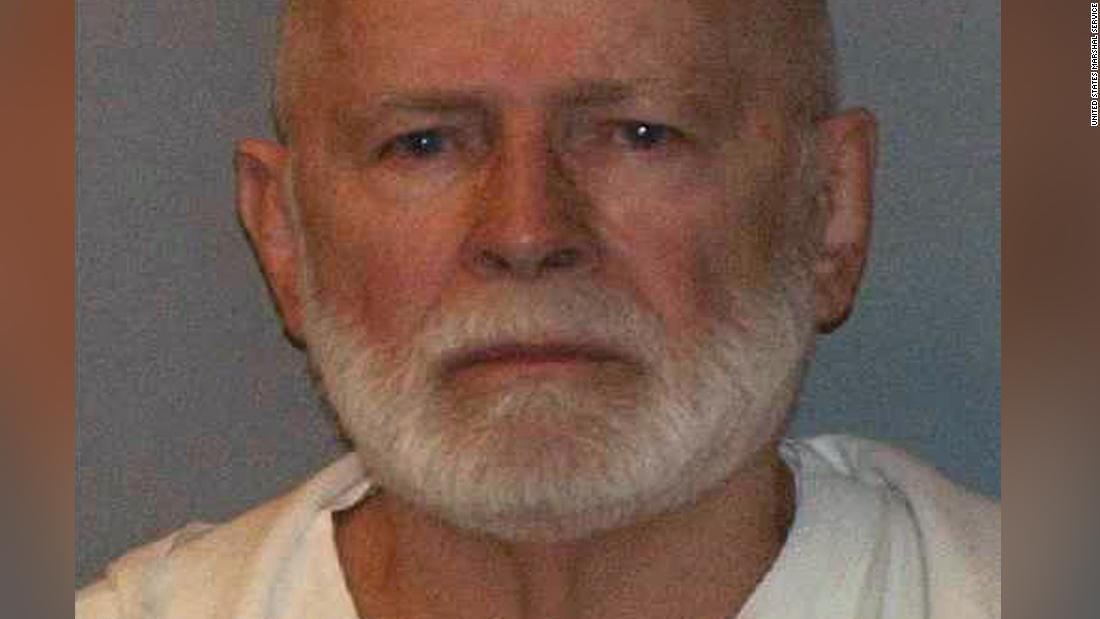 (CNN)In letters to the daughter of a former prison guard, James “Whitey” Bulger lamented his failing health but said he wanted to be alive when his girlfriend got out of prison, the Boston Globe reported Tuesday.

The Globe gained access to some of the letters Bulger sent to Candace Lind, whose father ran the prison laundry at another prison — Alcatraz — while Bulger was there in the 1950s and ’60s. She began writing Bulger in 2014 after he had been sentenced to life in prison for 11 murders.
The paper reported that Bulger wrote that he had had eight heart attacks and had chest pains he eased with pills and oxygen. He said he wrote daily letters to girlfriend Catherine Greig and wanted her to come visit him after she is released in 2020, the Globe reported. 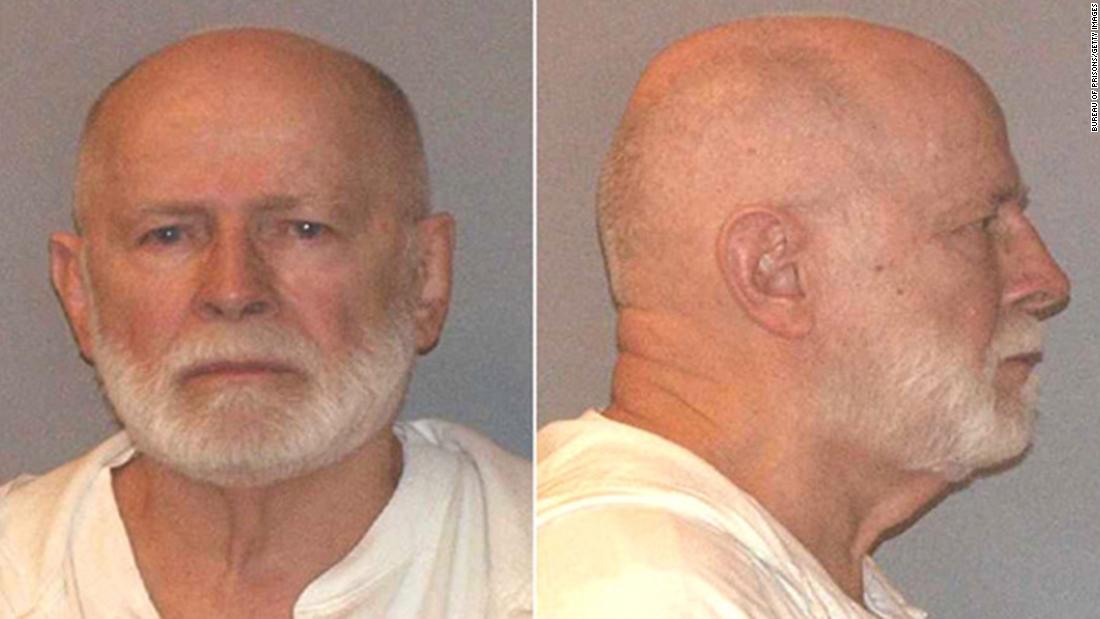 Bureau of Prison records obtained by CNN last year state that Bulger suffered from high-blood pressure, aortic stenosis and prostate and bladder problems. But prison authorities determined he had improved enough to be sent to a prison with fewer medical services, the Globe reported.
Former prison officials and experts have sharply questioned the decision to move a well-known figure like Bulger into a prison with lower security, particularly given his health issues.
“Don’t worry about me,” Bulger wrote in February 2018, according to the Globe. “Im too mean to die.”
He told Lind that he hoped to be transferred from a Florida prison to a medical facility.
He was transferred instead to the US penitentiary in Hazelton, West Virginia, where he died of blunt force injuries to the head, according to his death certificate. No one has been charged in connection with his death.
A previous request made by officials at the Florida prison to transfer Bulger was denied in April 2018. Records show the request was coded to indicate Bulger required a higher level of medical care, or Care Level 4, for inmates who are severely impaired and may require daily nursing care.
It’s not clear why the first transfer request was denied. In October, however, a transfer request was approved and coded to indicate he no longer needed to be in a medical facility.
The Federal Bureau of Prisons said last November it doesn’t disclose the reasons for specific inmate transfers. “Per BOP policy, the designation process includes a review (that includes) whether there exists any known safety threat from other inmates,” the prisons bureau statement said. 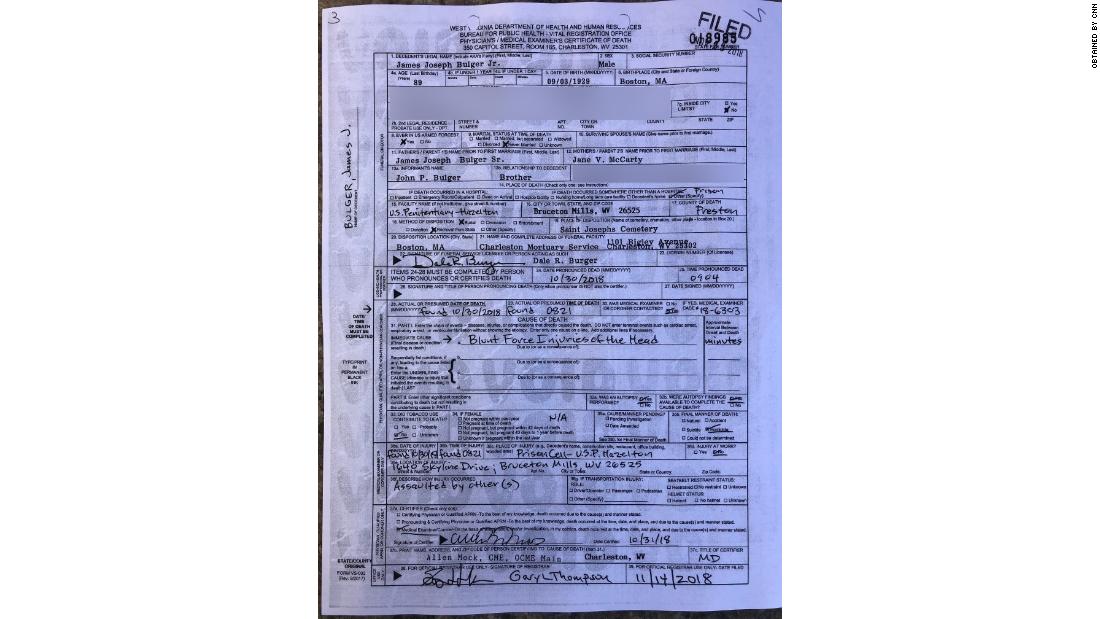 “There were no known threats to Mr. Bulger from other inmates upon designation to the Hazelton facility.”
The bureau declined to comment to the Globe, saying it wanted to “protect the integrity” of an ongoing investigation by the FBI and the US Attorney’s Office. Those agencies declined to comment, the newspaper said.
The former warden at Hazelton told NBC News he didn’t think any staff members were deficient in duty.
“Quite frankly, I think he wanted to die,” Charles Lockett, the Florida penitentiary’s former warden, told NBC. “I think whatever issues he had, he had come to peace with them.”
Lind told the Globe that’s “insane.”
The Globe said it has also reviewed letters Bulger sent to former Alcatraz inmate Charlie Hopkins and the writings to Hopkins and Lind “portray a man who was determined to survive, even as his health deteriorated.”
Lind told the Globe in other letters that Bulger described some of his crimes, including killings.
Bulger also wrote that he was in prison because of a cat. 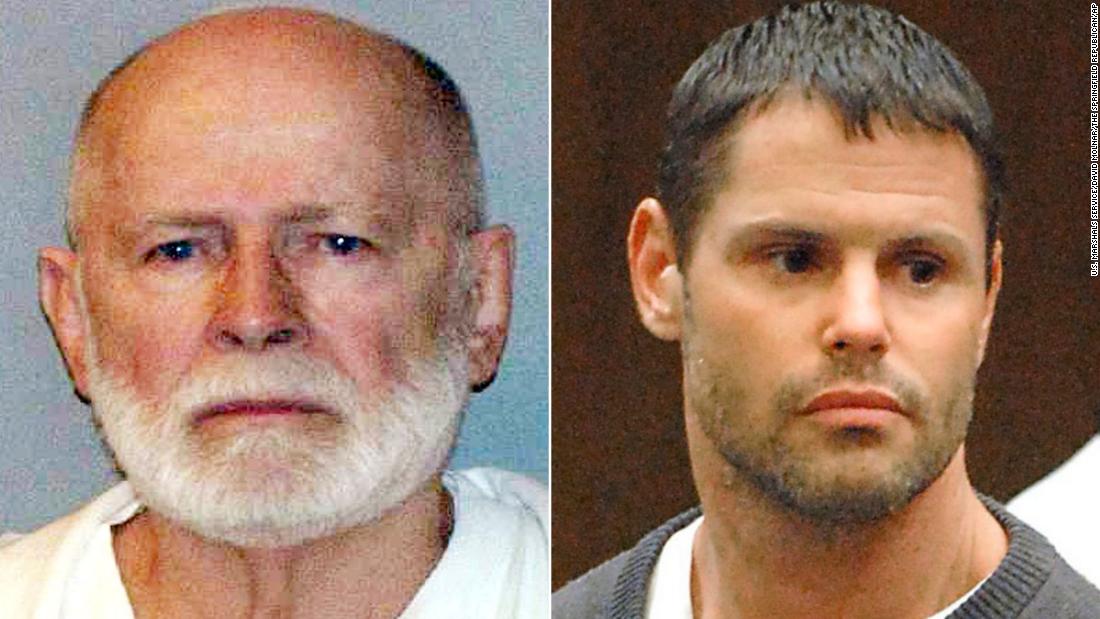 In June 2017, he wrote that his girlfriend, Greig, was feeding a homeless cat and caught the attention of a neighbor as Bulger and his partner hid out in California.
The neighbor saw a program on television about the couple and called the FBI.
“I predicted feeding that cat will cost me my life — knew we were being noticed for it,” Bulger wrote, the Globe reported. “Catherine said if we don’t feed the cat he will starve.”
CNN reached out to Lind on Tuesday but didn’t get an immediate reply.