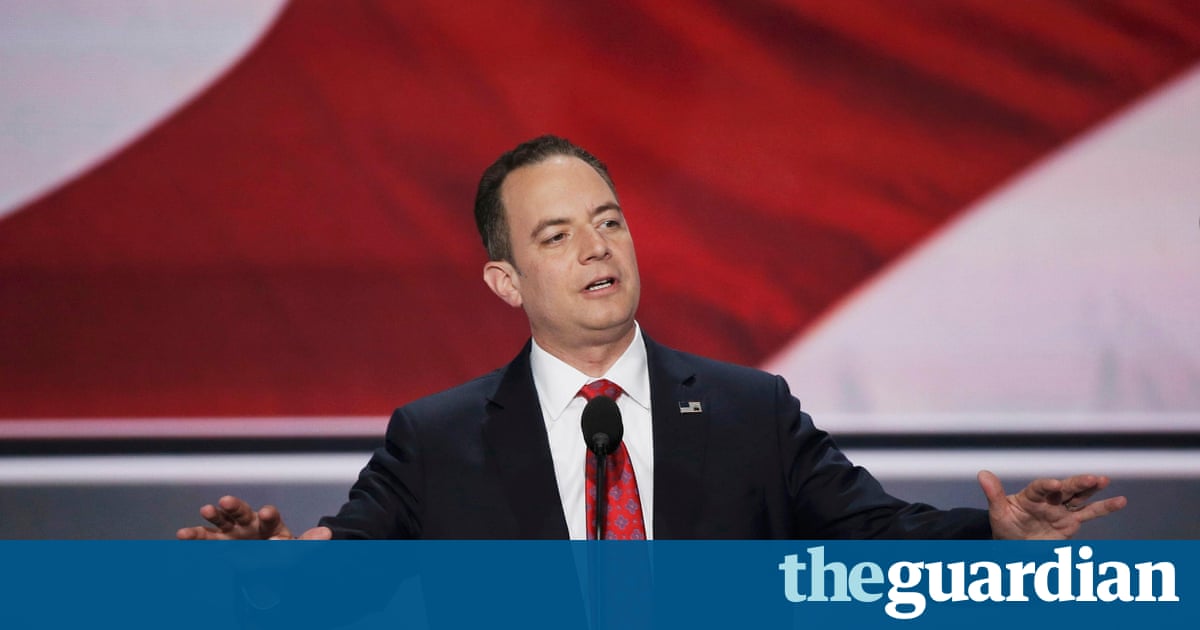 Channelling Lao Tzu, Glenn Frey and Jeffrey the Dude Lebowski, Republican national committee chairman Reince Priebus said on Sunday that when it came to personnel issues with the Donald Trump campaign, I go with the flow.

Look, you know, I go with the flow based on what the campaign wants to do, Priebus told NBCs Meet the Press. I think Kellyanne is doing a phenomenal job. I dont know Steve Bannon, to tell you the truth, very well.

Kellyanne is Kellyanne Conway, the pollster who was promoted to campaign manager by Trump two weeks ago. Bannon is the driving force behind the rightwing Breitbart website who was named campaign CEO in the same round of musical chairs.

For a less chill national party chairman, the kind of headlines about Bannon that have surfaced in the last week could be a real bummer. Bannons past includes domestic violence charges, allegations of antisemitism and a mysterious arrangement in which he was registered to vote at a home where he did not live.

Im going to get to know him, Priebus told Meet the Press host Chuck Todd, 72 days before the election.

Todd asked whether Bannon might hurt Trumps attempt to appeal to women.

Look, and I dont know how much of it is true or not and neither do you, Priebus said. And so, I dont speculate based on what other third parties say about people. I tend to judge people based on what I see and what I interact with.

Police documents regarding the domestic violence charges against Bannon, charges which were eventually dropped, were published by Politico this week.

Presidential nominees typically work closely with their partys national committee to raise money and coordinate on strategy, messaging and ground operations. As RNC chair, Priebus said, he speaks every day with Trump.

Priebus, who has been noted for his gallows humor, is not known as a go-with-the-flow type. Asked in April about the stress of running a party often at odds with its presidential nominee, he said: Im not pouring Baileys in my cereal.

He appeared to be kidding and serious both.