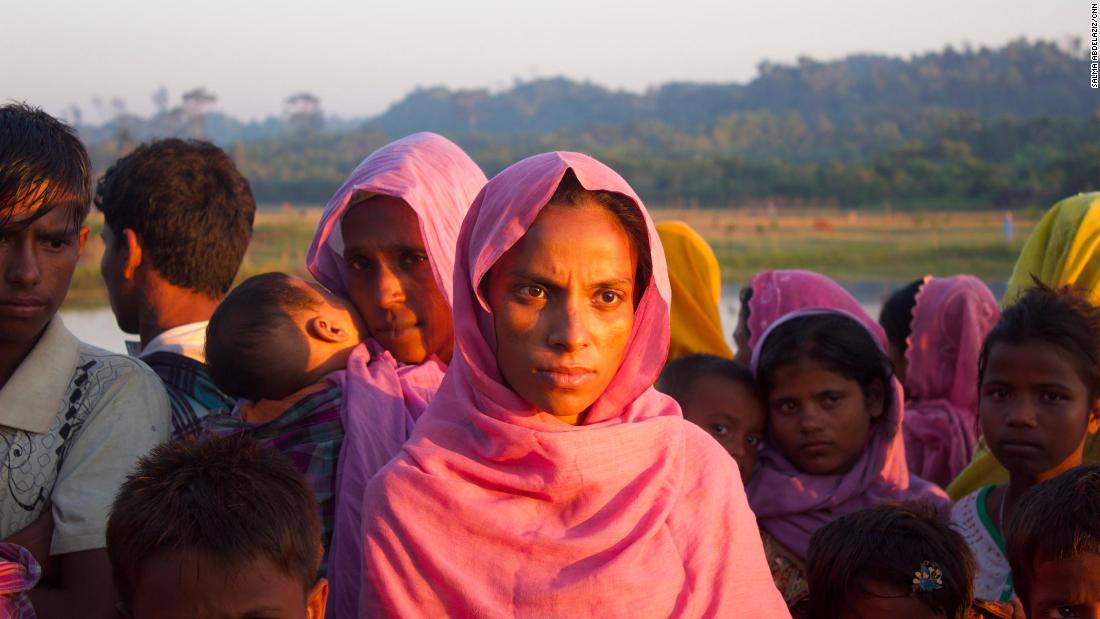 Bangladesh-Myanmar border (CNN)At first they are just specks in the distance, blobs of color bobbing on the water. But as they get closer, you can make out more, a tangle of human forms huddled on rafts, paddling furiously to cross the water.

We are at the mouth of the Naf River, which separates Myanmar from Bangladesh. The mass of humanity paddling towards us are among the hundreds of Rohingya Muslims who attempt this crossing every day. The United Nations says that scores have died trying. And yet, the situation on the other side of the water is so desperate that the risk does not deter them. 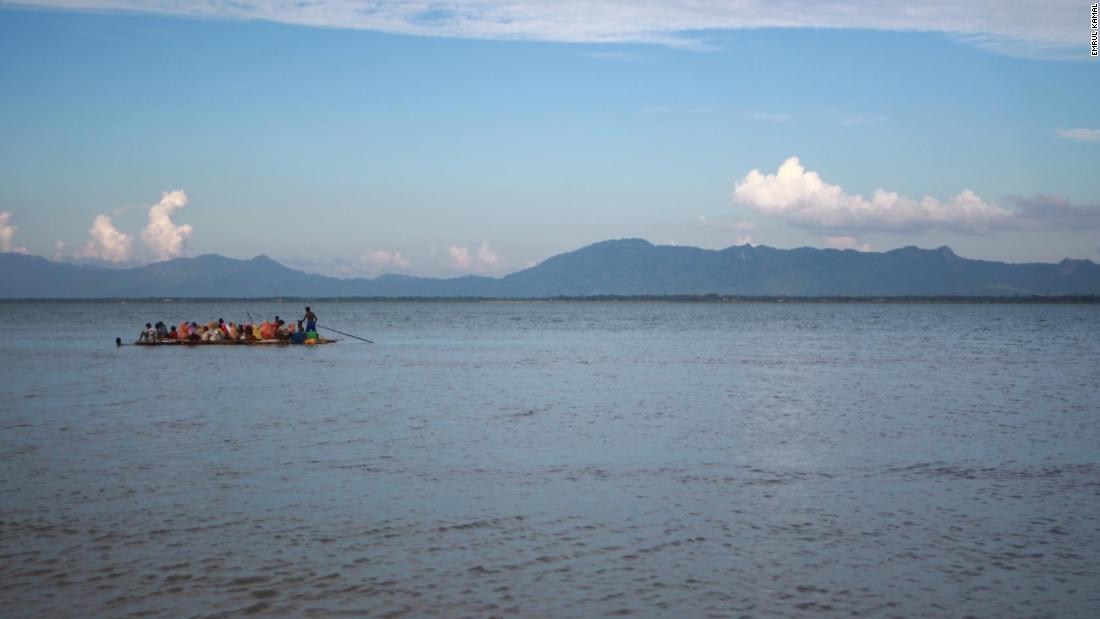 As they get closer, Bangladeshi border guards standing on the beach begin furiously blowing their whistles and waving the rafts down the shore — they are not welcome here. This country’s resources have been stretched thin by the more than615,000 Rohingya who have arrived since late August. Another 200,000 are expected in the coming weeks.
We wade out into the muddy, warm water to try to talk to them. Up close, it becomes clear that most of them are women and children. Many of the men have been killed or imprisoned in Myanmar, they say.
“Can any of you swim?” I ask. Blank, unflinching eyes stare back. My colleague translates for them. A collective shake of the head follows.
“Aren’t you worried for your children?” I ask naively.
“Of course we are worried,” one woman pipes up. “Look at her, she’s got two babies on her lap and they keep slipping off the raft, practically.”
Related: How you can help Rohingya refugees
They have been on the water since dawn, a good six hours. The distance isn’t that far, but the flimsy makeshift raft and paddles are ineffective and progress is slow. They have no food with them, just some drinking water that they share, along with whatever household goods could be salvaged from their homes.
Zohra Begum says that she fled after her village of Khi Lai Dong was burned down by Myanmar’s military. Before boarding the raft, she spent more than a month hiding in a squalid camp on the beach with a thousand others from her village.
As Begum tells her story, my eyes are drawn to the mass of flies clustered on her baby’s face. I am reminded of another woman who I spoke to this week, who described the moment that her two-year-old son was ripped from her arms by soldiers and thrown into a fire as she lay on the floor, semiconscious, having just survived a rape.
The accounts I have heard from the Rohingya women in the camps here in Bangladesh are among the most harrowing I have ever heard, after more than a decade of reporting on conflict. Every tent has a story of agony, shame and death inside it. 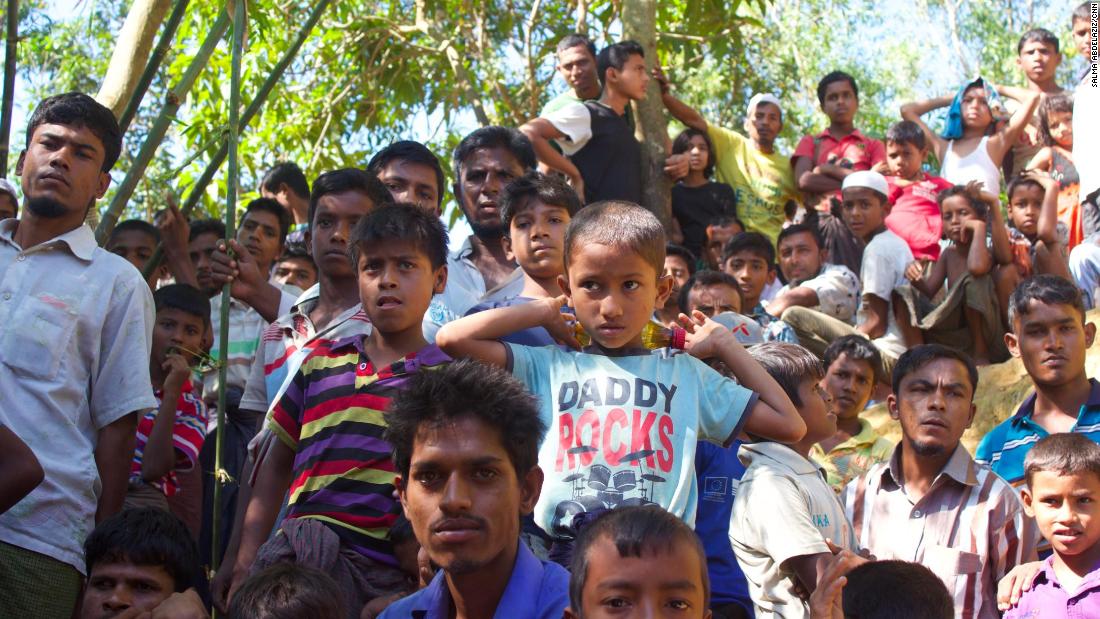 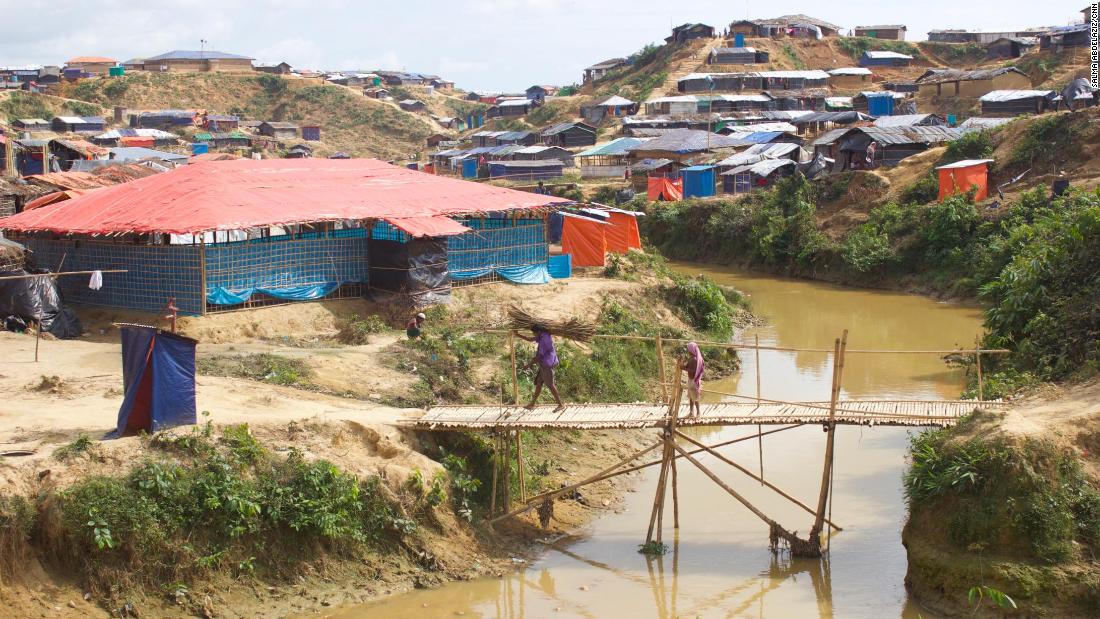 As one woman told me about the massacre that she witnessed, her hands picked frantically at a thread on the edge of her yellow scarf. She spoke in a monotone, eyes glazed, describing every detail mechanically as if trying to avoid reliving the moment. For these women, catharsis is an unimaginable luxury. There are mouths to be fed.
On the river, the sun is starting to set. The Rohingya have all drifted on at the coast guard’s direction, towards a designated refugee camp that is as improvised and chaotic as the rafts they are floating on.
As we walk back down the beach, we happen upon a group who made it to the shore. They fled in the middle of the night, using the cover of darkness to make it here undetected. 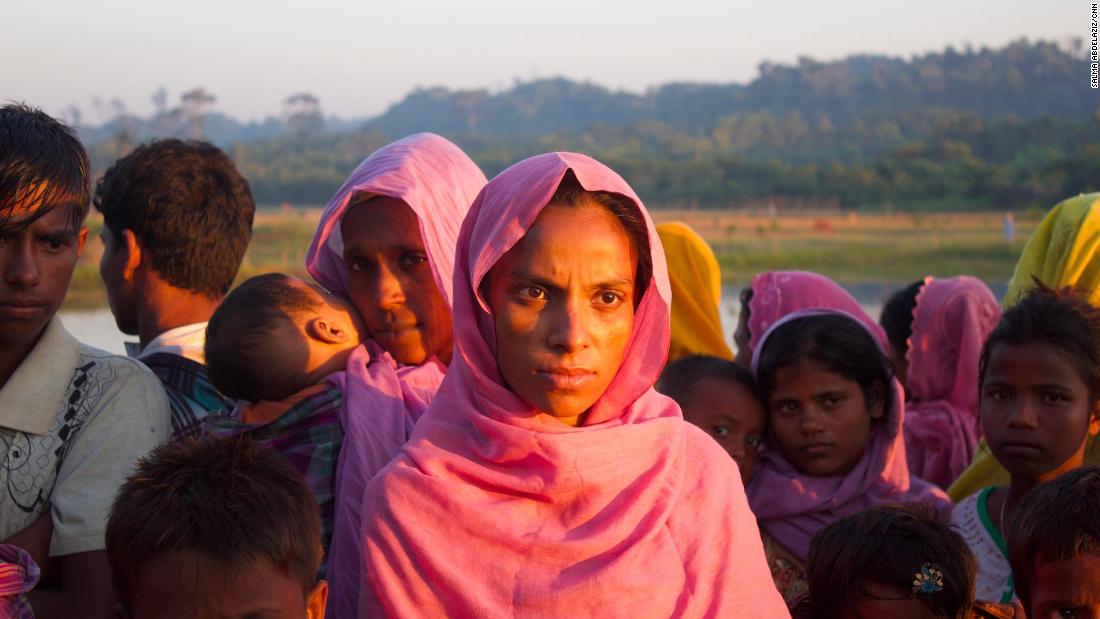 The United Nations has described the situation in Myanmar as a “textbook example of ethnic cleansing,” and some observers have accused the army of overseeing genocide against the Rohingya. The military, for its part, has acquitted itself of any wrongdoing in an internal report.
US President Donald Trump addressed the crisis on Tuesday during a summit in the Philippines with other world leaders, declaring that the US “supports efforts to end the violence, to ensure accountability for atrocities committed, and to facilitate the safe and voluntary return of refugees.”
When US Secretary of State Rex Tillerson arrives in Myanmar’s capital on Wednesday, he will meet senior leaders to push for an end to the crisis. Earlier this month, he warned that the world could not “just stand idly by and be witness to the atrocities.”
I ask the Rohingya if they have a message for America, and almost immediately regret the trite nature of the question. The rehearsed statements of condemnation from the international community feel very hollow from here. They look at me with empty, exhausted eyes which seem to say this isn’t about geopolitics, this is about escaping hell, this is about human dignity, this is about survival.
One woman wearily attempts an answer.
“There is no peace in Myanmar, and so we left to save our lives and our children’s lives,” she says. “We came here and we are at your mercy. But whatever happens, we won’t go back.”