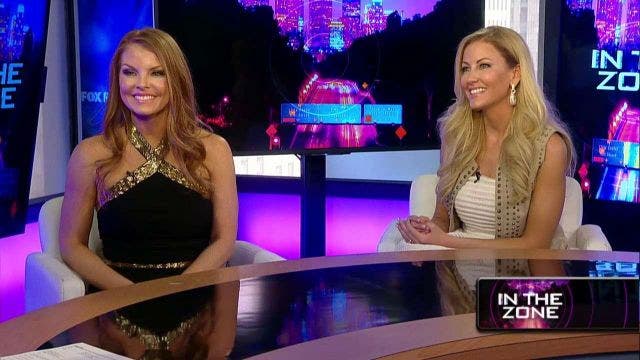 Real Housewives of Dallas stars Brandi Redmond and Stephanie Hollman are standing behind fellow cast mate Tiffany Hendra after finding out she was in topless sex scenes in a racy film.

I actually had it sent to me on my phone and I was like Oh! Oh my gosh! Redmond said. I did see a little clip of it. Its humorous, and believe me, I did not continue to watch it. But it is humorous and I can see why shes getting a lot of negativity about it.

We didnt know about her past when we were filming but shes such a wonderful person, she has a good spirit. We do love her, Redmond added.

Redmond and Hollman claimed they had no skeletons in their walk-in closets to hide sort of.

If something comes out that Im unaware of, things that are made up and false, Im strong enough and thick-skinned enough to just avoid it and move on, Redmond said.

Whatever happens, the best friends say theyll stick together through thick and thin.

I think our relationship is better than most marriages, Hollman said. We really love each other and we dont fight ever. We complain about our husbands.