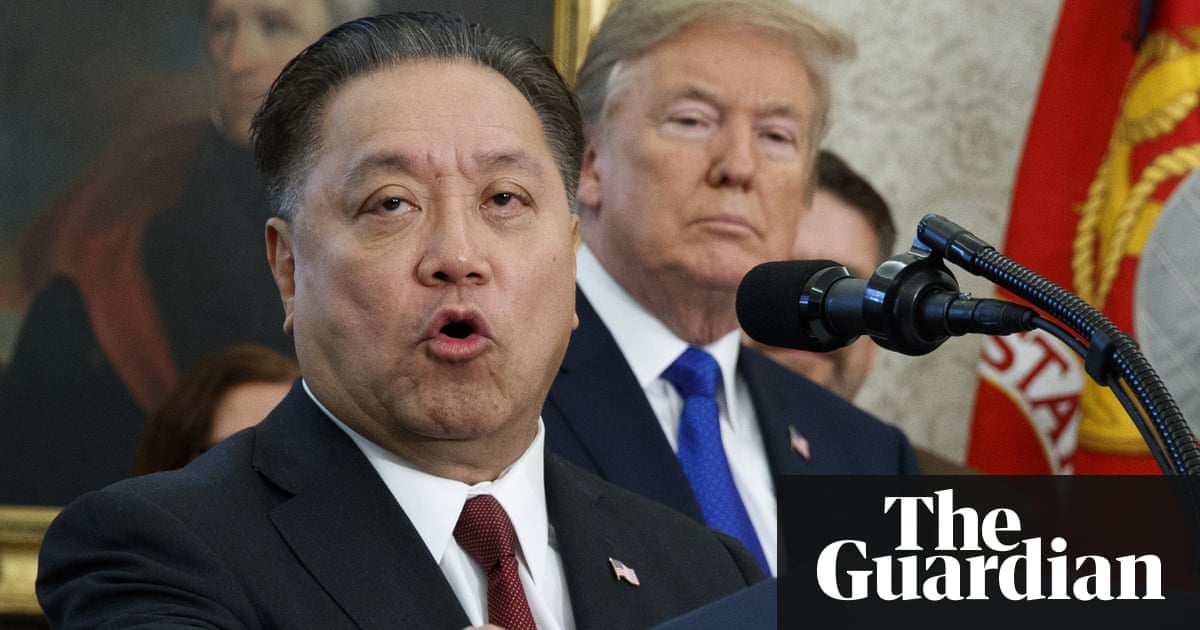 Donald Trump took the unusual step of blocking the Singaporean chip maker Broadcom’s bid for its US rival Qualcomm on Monday night, citing national security concerns and ending what would have been the biggest-ever tech deal.

Announcing the extraordinary move, Trump said “there is credible evidence” that allowing the Singapore-based company to take control of Qualcomm could lead to “action that threatens to impair the national security of the United States”.

The decision underlines the economic protectionism of the Trump administration and comes just days after the US announced it would impose tariffs on steel and aluminum imports in order to protect US firms.

Last November, Trump said he was “thrilled” to welcome Broadcom to the US. At a White House event with the CEO, Hock Tan, he called Broadcom “one of the great, great companies”.

Trump noted the company already employed over 7,500 workers in the US and said: “We are looking forward to seeing that number grow very substantially.”

The president’s intervention follows a review by the Committee on Foreign Investment in the United States (Cfius), which told the companies on Sunday that it was minded to refer the deal to Trump for rejection.

Following the $117bn bid, Broadcom was in the process of relocating its legal base to the US and had hoped to complete the move by 3 April, but Cfius said in its letter that it had identified “potential national security concerns” and the company had not given the agency enough notice of its decision to move its legal base to the US.

“Broadcom strongly disagrees that its proposed acquisition of Qualcomm raises any national security concerns,” it said in a statement in response to the decision.

Had the company become US-domiciled, it could have argued that the takeover fell outside of Cfius’s jurisdiction.

The Trump administration’s concerns appear to be focused more on China than Singapore – that allowing a US semiconductor company to be acquired by a foreign company would weaken the US’s position while benefitting China.

The Trump administration is concerned about the US losing ground in 5G technology, the latest iteration of wireless technology, which is expected to greatly improve wireless networks and prove essential to the next generation of self-driving cars as well as other technologies.

According to a letter from Cfius seen by the Washington Post, the US was concerned that Broadcom would cut back on research and development at Qualcomm following the takeover. Such a move would offer an advantage to China’s Huawei Technologies, a major producer of mobile chips.

Earlier this month, in response to those fears, Broadcom announced the creation of a $1.5bn fund “to ensure US leadership in future wireless technology”. Broadcom also promised not to sell off any “critical national security assets” to foreign firms.

The decision is the latest in a series of decisions by the Trump administration to block foreign takeovers. Following a Cfius review, the US stopped Moneygram’s sale to an affiliate of China’s internet conglomerate Alibaba Group and the sale of Lattice Semiconductor to an investment firm with ties to the Chinese government.

“The proposed takeover of Qualcomm by the Purchaser is prohibited, and any substantially equivalent merger, acquisition, or takeover, whether effected directly or indirectly, is also prohibited,” said the presidential order, signed by Trump.

Reuters contributed to this report