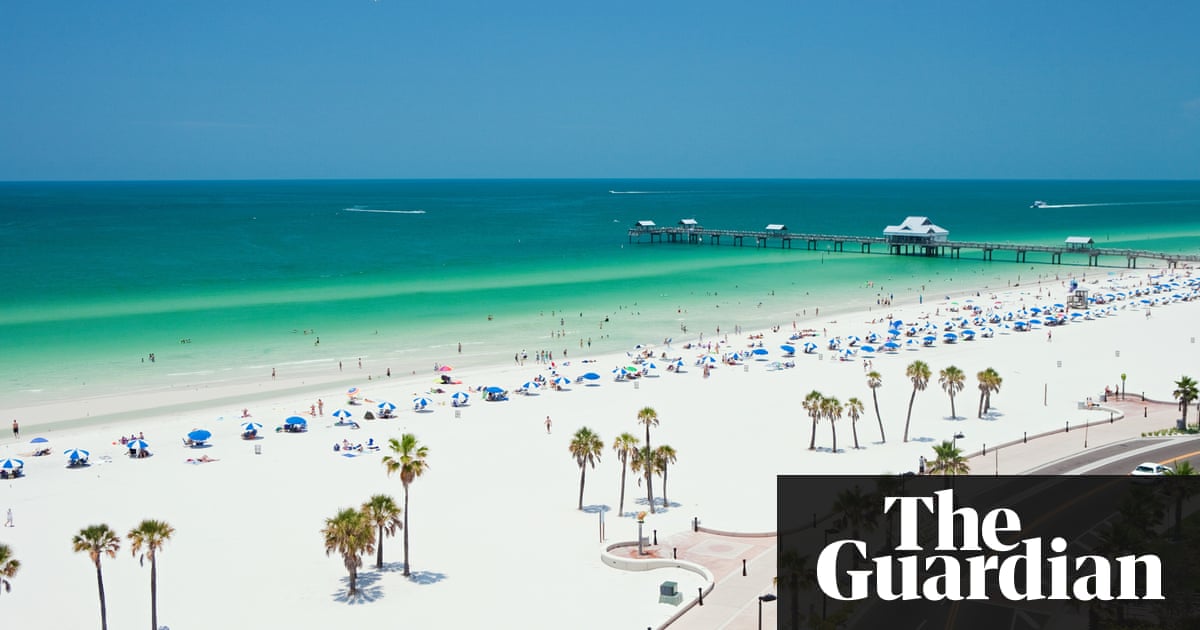 Despite appearing to be in the crosshairs of Vladimir Putin’s new advanced ballistic weaponry, civic leaders in Florida appeared relaxed on Thursday about the threat of nuclear Armageddon raining from the sky.

A blink-and-you’ll-miss-it moment 43 seconds into the video animation that Putin presented to an enthusiastic audience in Moscow shows nine nuclear-tipped missiles descending on Tampa, St Petersburg and Clearwater on Florida’s west coast.

The city of Tampa is home to the headquarters of the US military’s central command (USCentcom), situated at the MacDill air force base.

Bob Buckhorn, the mayor of Tampa, watched the video on Thursday at the Guardian’s invitation and declared himself unimpressed.

“I have the utmost confidence in our national security, military and intelligence community to secure our borders and protect our country,” he said.

“It’s unfortunate that Mr Putin chose to include Tampa Bay in his threat but at this point we’ll write it off as overheated rhetoric designed to prop up his failing regime.”

The mayor of neighbouring St Petersburg, Rick Kriseman, sounded equally chill. “We trust the inclusion of our region in that video was simply random,” he said.

Military analysts have long considered Tampa Baya prime target for any nuclear attack on the US. Last year, the Tampa Bay Times published a lengthy analysis about the potential effects of a nuclear strike on MacDill and USCentcom.

According to Alex Wellerstein, a nuclear weapons analyst at the Stevens Institute of Technology in New Jersey, USCentcom and US special operations command would be destroyed and everybody in a half-mile radius killed by the detonation of a 20-kiloton device over MacDill.

George Cretekos, the mayor of Clearwater, said: “While Mr Putin may be implying that Florida is a target, MacDill has long been recognised as a critical component of the country’s national defence and I remain confident in our national security capabilities.

“Because the video only shows one of the 50 states, ours, I don’t attach any special threat to the Tampa Bay area.”

Donald Trump’s self-styled “winter White House” in Palm Beach, Mar-a-Lago, is far enough away to escape annihilation but would probably be rendered uninhabitable by nuclear fallout.