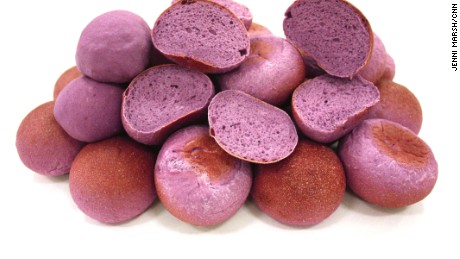 Singapore (CNN)“For the past 10 years, bread has been under attack.”

Professor Zhou Weibiao, a food scientist at the National University of Singapore, isn’t wrong.
According to current nutritional thinking, white bread is digested too fast, spikes blood sugar levels and is linked to obesity. In short, it’s the enemy of healthy eaters. 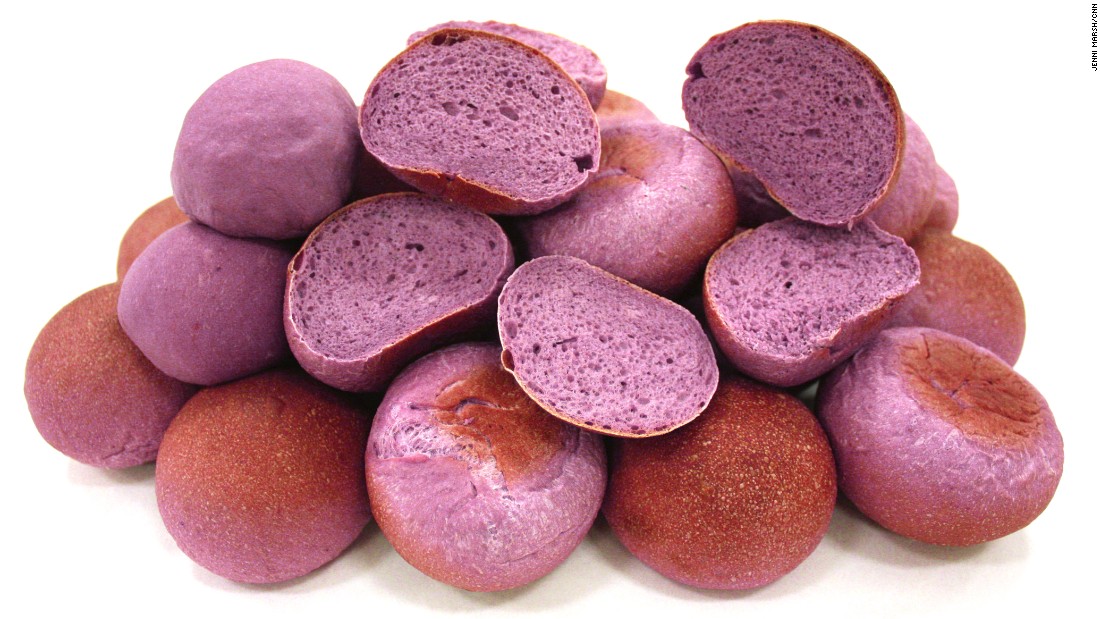 Zhou’s answer to this problem? He’s invented a purple bread.
Rich in cancer-fighting antioxidants, digested 20% slower than regular white bread, and made entirely of natural compounds, it could be the first superfood of the baked goods world.

The great bake off

A long-time staple food, bread’s big problem is its high glycemic index: its sugar content speedily gets into the blood stream, causing blood sugar levels to peak and crash.
Furthermore, its rapidly digestible starch content means people often eat more of it than they should.
“The challenge was to see if we could change the formula of bread, without changing the smooth texture of white bread that people really love,” says Zhou.
He decided to extract anthocyanins from black rice — which give the grain its much trumpeted antioxidant qualities — and infuse it in his bread. Zhou left behind the rice’s starch properties.
“Despite its antioxidant capacity and associated health benefits, the knowledge of using anthocyanins as an ingredient in food products is very limited.”
Adding anthocyanins to the bread not only turns it purple: due to a chemical reaction with the starch enzymes, it slows the digestion rate by 20%.
What is more, 80% of the antioxidant qualities are preserved in the breadcrust and crumbs when baked at 200 degrees Celsius.
“If you want to enjoy the texture of white bread and slow down digestion, this is probably the best formula,” says Zhou.
“And the color isn’t bad, either.”

Anthocyanin is a natural pigment that occurs in fruits and vegetables such as grapes, blueberries, and sweet potatoes, and is responsible for their vibrant hue.
“Although, not all purple fruits are superfoods,” cautions Zhou, citing purple dragon fruit as an example.

Studies have shown that anthocyanins can help prevent cardiovascular and neurological diseases and cancer, and play a role in controlling obesity and diabetes, as they can inhibit digestive enzymes and reduce glucose levels.

Purple bread might be healthier than white bread, but does it have a lower calorie count?
“You are eating the same amount of starch and wheat flour, so the nutritional value is the same. The key idea here is slowing down the energy release, so you use those calories over a longer period of time,” says Zhou.
While the purple bread is not yet commercially available, Zhou has been approached by major food manufacturers about bringing it to market.

He has also inspired some blue (or should that be purple?) sky thinking.
“A man in South Africa called me, very excited. He wanted to know if putting anthocyanins in chocolate would have the same effect.
“I told him, ‘You can obtain the antioxidant function, but you don’t have the same starch in chocolate, so it won’t have the same reaction’.”
Here’s hoping.