Estimate of 4,600 deaths in sharp conflict with official toll of 64, and researchers say new evaluation may be an underestimate, too 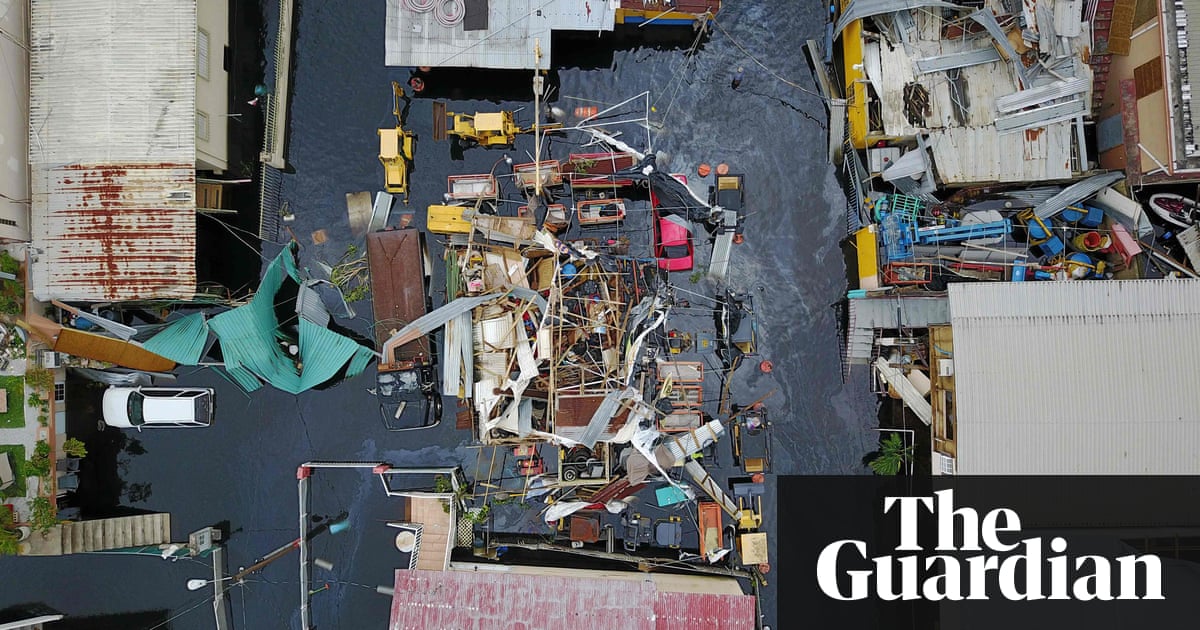 The landfall of Hurricane Maria in Puerto Rico last September led to the death of thousands on the island, according to a new study – in sharp conflict with the official government death toll of 64.

The report in the New England Journal of Medicine concludes that as many as 4,600 “excess deaths” occurred in the aftermath of the storm due to failures of medical and other critical infrastructure, and described the official number as “a substantial underestimate”.

Researchers said their fresh evaluation was probably an underestimate, too, owing to problems with communications that persist in the storm’s aftermath. In an enormous range of calculations, they said there is a 95% likelihood the death toll was somewhere between approximately 800 and 8,500 people.

Hurricane Maria, which peaked as a category 5 hurricane just before reaching Puerto Rico, brought devastating winds and catastrophic flooding to the Spanish speaking US territory. In the days, weeks and months that followed, roads and electrical lines were slow to be restored, grinding much of life to a near halt. There were also severe shortages of food and lack of access to potable water in many areas. Governor Ricardo Roselló called the storm “the biggest catastrophe in modern history” for the the island.

Despite that cataclysmic account from authorities, the official death toll from the storm has remained at just 64. Largely the discrepancy between the two figures has to do with methodology. The government figure accounts for those whose deaths were confirmed by the Institute of Forensic Sciences as directly disaster-related. The new study used baseline mortality figures to calculate “excess deaths”, or loss of life that otherwise would not have occurred if the island hadn’t been plunged into a prolonged humanitarian disaster. Researchers used random household surveys to ask residents about their experiences during the storm and in its aftermath.

The report follows a similar finding from the Center for Investigative Journalism in December which found that the actual death toll on the island in the wake of the storm exceeded 1,000 people. That report found that due to the severing of critical infrastructure, hundreds of vulnerable people died in hospitals and nursing homes from conditions such as diabetes, Alzheimer’s, kidney disease, hypertension, pneumonia and other respiratory diseases.