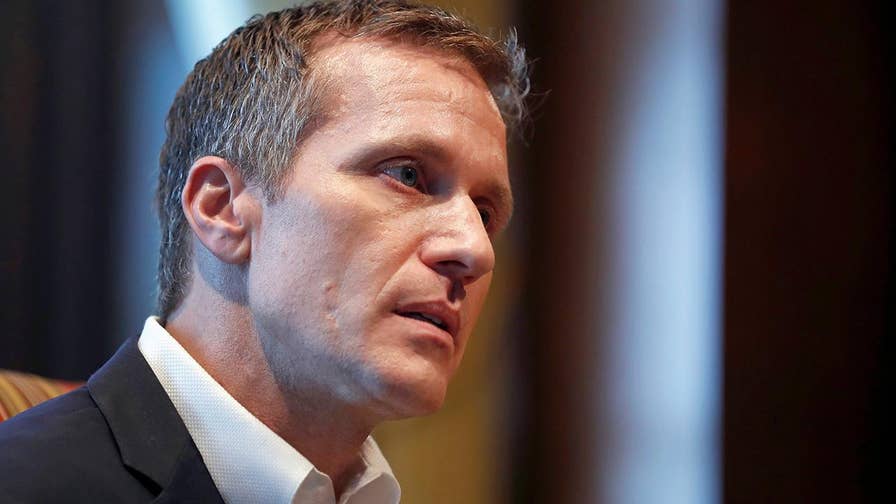 Republican Gov. Eric Greitens was accused of transmitting a nonconsensual photo of a woman with whom he had an affair in 2015; prosecutors say they plan to re-file the case with a special prosecutor.

St. Louis prosecutors announced Monday that they have dropped a felony invasion-of-privacy charge against Missouri Gov. Eric Greitens, but added that they planned to re-file the case.

The announcement came on the third day of jury selection after the judge in the case granted a request by Greitens’ attorneys to call St. Louis Circuit Attorney Kim Gardner as a witness.

Greitens’ representatives have accused Gardner of misconduct in the case, focusing on the hiring of a private investigator, William Tisaby, whom Greitens’ lawyers have accused of perjury.

Gardner spokeswoman Susan Ryan called the decision by Judge Rex Burlison “unprecedented” and said it put the circuit attorney in an “impossible position.” She added that Gardner would decide whether to pursue the case with a special prosecutor or appoint one of her assistants to try the matter in her place.

Speaking outside the St. Louis courthouse, Greitens said the prosecution’s move was “a great victory” that “has been a long time coming.”

The governor apologized for what he called “the pain that this process and my actions have caused my family, my friends, and the people of Missouri.”

Greitens, a married Republican, is accused of taking an unauthorized photo of a woman he was having an extramarital affair with while she was partially nude during a sexual encounter in 2015, one year before he was elected.

In addition to the invasion of privacy charge, Greitens has been charged with felony computer data tampering over his alleged use of a donor list from the veterans’ charity he founded, The Mission Continues, to raise money for his campaign without permission. A trial date in that case has not been set.

On Friday, Missouri legislators are scheduled to begin a special session during which the state House of Representatives is expected to vote on impeaching Greitens. If the House votes to impeach Greitens, the Senate would appoint a panel of seven judges to conduct a trial on whether to remove him from office. No Missouri governor has ever been forced out of office.

Greitens has repeatedly denied any wrongdoing and has refused to resign.

“This experience has been humbling, and I have emerged from it a changed man,” he said Monday, adding, “We have a great mission before us, and at this time, I’ve asked people of good will to come together so that all of us can continue to do good together.”

Greitens was originally indicted on the invasion of privacy charge in February, a month after he admitted to an affair with his St. Louis hairdresser.

Last month, a special House committee released a report in which the woman — identified only as K.S. — told lawmakers that Greitens had restrained, slapped, shoved, threatened and belittled her during a series of sexual encounters in 2015 that at times left her crying and afraid.

The woman has also testified that in March 2015, Greitens bound her hands to exercise equipment the basement of his St. Louis home, blindfolded her and removed her clothes before she saw a flash and heard what sounded like the click of a cellphone camera. She has said Greitens threatened to disseminate the photo if she spoke of their encounter but later told her he had deleted it.

Om May 2, the same committee released a report on Greitens’ alleged misuse of the charity donor list. The report included testimony from a former Greitens aide indicating the campaign also falsely identified the source of the donor list in a settlement with the Missouri Ethics Commission.

Fox News’ Matt Finn and The Associated Press contributed to this report.