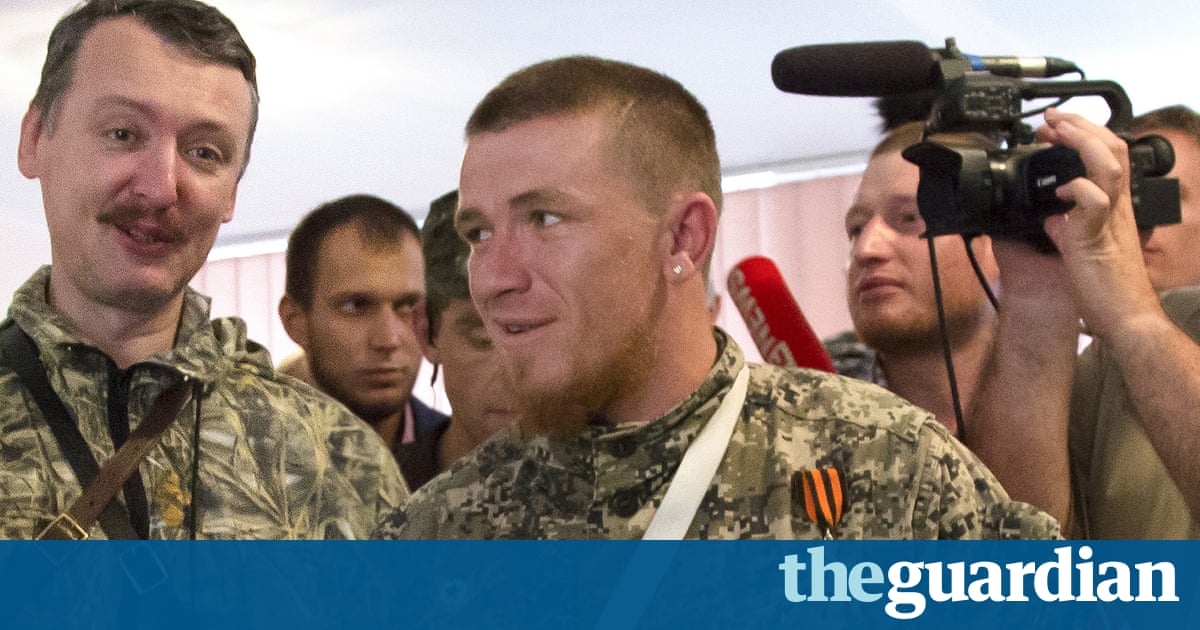 With his ginger beard, fiery temperament and somewhat incongruous nom de guerre, Motorola was one of the best known and most controversial rebel commanders in east Ukraine. Accused of war crimes in Kiev but revered as a hero in Russia, Motorola would often be spotted driving his quad bike around Donetsk, or wheeling his baby around the city in a pushchair while surrounded by bodyguards.

Now the security-conscious Motorola, real name Arseny Pavlov, is dead, blown up by a powerful bomb apparently planted in his apartment blocks lift on Sunday night. Officially, the Donetsk rebels have blamed the attack on a Ukrainian nationalist cell operating in the city. But many believe the killing to be the latest salvo in a brutal territorial war between different rebel factions in east Ukraine, possibly also involving their overlords in Moscow.

The Russian website Life News carried video from the scene which showed heavily bloodied remains being carried away from the building. It said Pavlov and his bodyguard had both been wearing body armour at the time of the blast and were heavily armed. The bomb was detonated remotely, the website reported.

A video surfaced online of four men in masks in front of a Ukrainian flag; they claimed responsibility for the killing, said they were inside Donetsk and would target other separatist leaders next. The men said they were acting on behalf of the misanthropic division of Ukrainian nationalists.

Alexander Zakharchenko, leader of the Donetsk rebels, gave a statement saying there would be revenge for the killing, and promised to track down Ukrainian agents without mercy. But observers said the video did not appear credible, and despite the rhetoric, many in Ukraine and even some in Donetsk itself believe that Motorola was killed by one of his own.

Motorola was very careful with his security, he was paranoid about his safety and that of his family, a source close to the rebel leadership said. So the idea you could do a sophisticated hit like that requiring such close access requires someone in the inner circle. The official version is pretty doubtful.

A number of rebel leaders in east Ukraine have been assassinated in the past 18 months, with Ukrainian diversionary groups blamed except in once incident, which was declared a suicide. However, many believe that the deaths are the result either of internal feuds, or even of Russian security services attempting to remove inconvenient and uncontrollable figures from the field.

One of the first to be killed was Alexey Mozgovoy, an anarchist who led the Ghost battalion and ran the town of Alchevsk, nominally part of the self-declared Luhansk Peoples Republic (LPR), as his personal fiefdom. His motorcade came under fire in May last year; he died along with his press secretary. While there have been a number of assassinations in the so-called the LPR, the Donetsk rebels have until now settled their battles without recourse to violence.

Pavlov, who was born in the Russian republic of Komi, had apparently been known as Motorola since he served in Chechnya, where he was in charge of communications for a battalion of the Russian army. He crossed into Ukraine to join the rebel movement in 2014, and led the Sparta battalion, known as one of the more ruthless and ill-disciplined of the rebel militia formations.

In a telephone interview with the Kyiv Post last year, he boasted of carrying out executions. I dont give a fuck what people accuse me of; I shot 15 prisoners and I dont give a fuck, said a man purporting to be Pavlov who spoke to the newspapers reporter.

But in Donetsk, Motorola was an unlikely hero, even featuring on a commemorative set of stamps issued by the unrecognised republic.

A warrior from God; a cheerful knight, is how the Russian newspaper Komsomolskaya Pravda described Motorola in a warm column by one of its east Ukraine correspondents on Monday.

The war in east Ukraine has led to nearly 10,000 deaths since it began in spring 2014. Despite a ceasefire agreed in Minsk in 2015 there are still almost daily casualties in frontline skirmishes. The rebel leadership coordinates its actions with handlers in Moscow, who finance and control the political landscape in the self-declared republics, despite claims to the contrary.