Not since Muhammad Ali has a fighter been this socially active, says the manager of Jos Carlos Ramrez, the California-born WBC light-welterweight champion, who is fighting for more than just belts 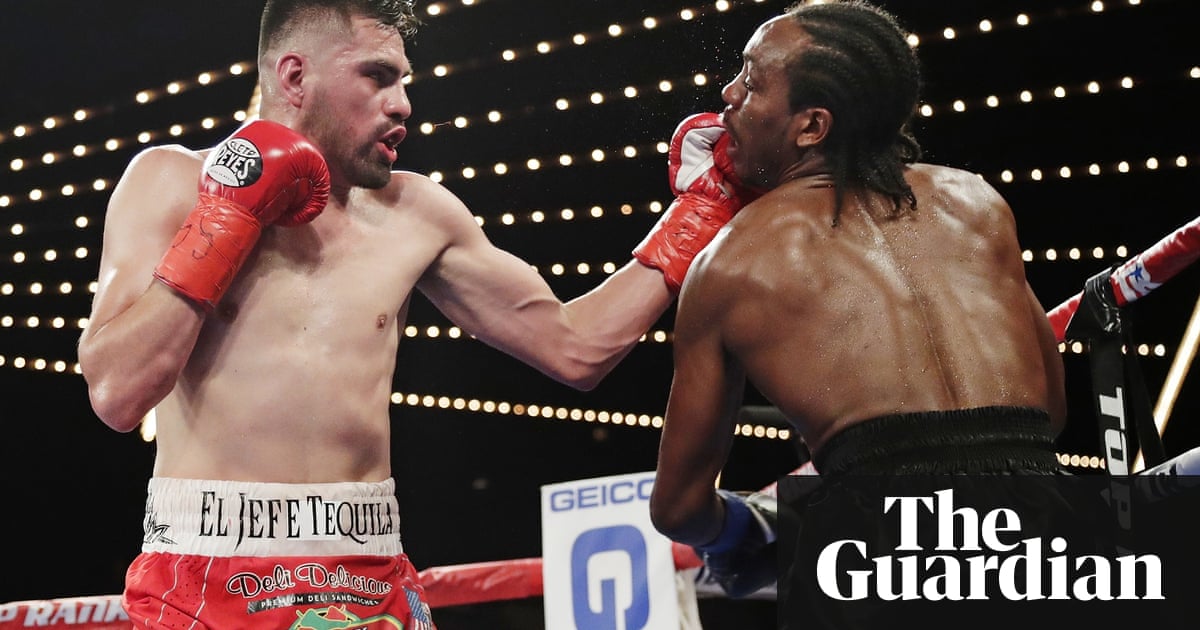 Donald Trump says he likes a good fight. And, although the Fat Controller would cut a comical figure in boxing shorts, he briefly was a dynamic promoter in the 80s and 90s at his casinos in Atlantic City before serial bankruptcies forced him to quit the Jersey boardwalk – and the fight game.

Nevertheless, although he ended up president of the United States, it is unlikely Trump will ever get a ringside invitation to watch his country’s latest boxing hero, the Californian-born José Carlos Ramírez.

At Madison Square Garden on Saturday Ramírez, the son of Mexican immigrants, outpointed the slick New Yorker, Amir “Young Master” Imam, to win the vacant WBC light-welterweight belt. Later he spoke with passion on behalf of his fans, the Californian farm workers who regard themselves as marginalised by president Trump’s anti-immigration policies.

Ramírez, a 2012 London Olympian, was the proud champion of fans who could not afford to make the journey from the west coast. As the Sacramento Bee reported, the victory cap he wore would not say “Make American Great Again” but “Pro-Immigrant and Proud”.

Inspired by how his father had championed water rights for thousands of immigrants during California’s long drought, Ramírez became politicised as a teenager around Avenal, where he picked peppers in the fields for 10 hours a day. His manager, Rick Mirigian, told the Bee: “Not since Muhammad Ali has a fighter been this socially active. Whether it’s water or immigrant rights, he puts his money where his mouth is and his fists as well.”

Ramírez dropped out of college to pursue a boxing career but his scholarship fund to help immigrants through university has already raised $56,000. “It’s my duty to fight for our neighbours, hard-working, humble families working to provide for their families and make America great,” he said. “A lot of people are afraid, nervous and vulnerable and I’m going to continue to be their voice until something positive happens. We can’t leave it to the politicians.”

On Saturday night, boxing with as much heart as art, Ramírez outlasted Imam 115-113, 117-111, 120-108, and his Mexican-born mother said ringside through an interpreter: “He’s dreamed of being a world champion ever since he was eight years old.”

There was a subtext to the drama. Ramírez’s promoter was Bob Arum, a signed-up Democrat and one-time legal adviser to Robert Kennedy; Imam is promoted by Don King, one of Trump’s loudest fans. The two octogenarian war-horses, thrown together again in the fading days of their promotional careers, had to share the reflected spotlight, if not the spoils.

Before the fight King said of his friend in the White House: “The first thing that Donald Trump said that touched my heart, and it should touch every American’s heart, is, ‘We will create a whole new system. We will take this system apart. I want to make America great again and America first.’ He is unpredictable. He is uncontrollable. He can’t be intimidated or coerced. He can’t be bought and the only people he has to answer to is the American people.”

Ramírez might have smiled at that assessment and he provided his own answer with his fists on behalf of his absent friends.

Trump was nowhere to be seen, which was not surprising: St Patrick’s Day holds embarrassing memories for him. A year ago the Taoiseach, Enda Kenny, left Trump speechless at a Washington reception to celebrate Ireland’s patron saint, when he delivered a powerful defence of all immigrants, particularly those from Ireland.

On the undercard the Irish Olympian Michael Conlan continued his impressive progress in the same ring where he made his fairytale professional debut 12 months ago. In his first fight for Adam Booth Conlan took a round-and-a-bit to destroy the willing Hungarian David Berna.

Conlan is exciting, quotable and talented. If he continues to move through the featherweight division as he has in his first six fights, he is likely to enjoy a lucrative career in the US, where boxers have historically been sold as representatives of ethnic communities, from the Jewish, Italian, black and Irish fighters of melting-pot days more than a century ago, through to the flourishing Latino diaspora of today.

The New York show was shamelessly milked for its Irish quotient, on Top Rank and here on BoxNation. Perhaps Trump (the son of a Scottish mother and from German lineage on his father’s side) watched on TV. It is, after all, where he gets most of his information.

Predictably Conlan is being marketed as “Irish Mick”. Fair play to him. And fair play to Ramírez, whose courage extends a long way beyond the ring.

Not so uplifting was the news that Amir Khan’s former manager, Asif Vali, is trying to launch a watered-down version of bareknuckle boxing. And that is the last reference to this tawdry enterprise that will appear here.