Onto another thrilling week of . I mean seriously, when does this show fucking end already? I feel like at this point Im just a dying dog praying for a fucking mercy kill. End this goddam show so I can move on with my life and onto , I beg of you.

No one knows what crawled up Rosewood PDs ass and made them decide to become actual enforcers of the law, but it really makes me uncomfortable. Like, bring back Wilden.

Spencer is getting questioned by a detective and hes like do you remember the night you went to Radley? and shes like oh the night I fucked your boss in an elevator? That night?

He keeps asking her questions about that night and she just keeps screaming I DONT RECALL. This cop is looking at her like, could you keep your Tourettes under control for like one fucking second. This is the route Brendan Dassey should have taken.

DETECTIVE: Is this you in the photo at the Radley

Meanwhile in fairy town lesboland, Emily is building a nursery for hers, Alis and some other dudes baby. Ya know, typical doting parent activities. Ali tells Emily she can live in the house with her and Emily practically creams in her camo pants.

Ezra and Aria exist. Bummer, right? Ezra is trying to move along with marrying her and whatnot and asks her to take dance classes.

Spencer tells the Liars she got drunk and will probs get them arrested for murder. Weirdly, Ive had similar conversations before.

Hanna and Emily decide to break into Radley and get Spencers drunk receipt out. Emily knows the schedule because she was a shit bartender for five minutes and Hanna is just the worst daughter ever.

Ezra meets his and Arias book publisher to go over their upcoming press tour. Of course, all the questions are about Nicole because like, kidnapping by foreign terroristso hot right now. Hes like but Im engaged to Aria and the publisher is like yeah, about that. _()_/

Of course, Caleb can hack into the security system at the Radley. Why has no one suspected him of literally anything? He has fucked half the girls in the room and literally built half this town it seems like. I feel like Im taking crazy pills.

The game starts to play and tells Hannas fat ass to go rob a computer store. AD also texts Aria and is like “lol jk its your turn you doe-eyed bitch.”

Hanna doesnt want Caleb to go to the computer store with her and hes like but I wannnnnnnna! Hanna literally cannot take a shit without Caleb being right there. Im sure Caleb can even hack into the Rosewood sewers and see that shit float lazily into the pipes.

Hanna thinks she had something to with Spencer getting blacked out and getting them investigating for murder. Shes like I broke up her relationship and thats why shes getting in trouble for murder! and its like okay, yeah, but you also committed the murder. Idk, that seems like the real problem to me.

Spencer goes to help Emily with the nursery and is like I think Im just going to fuck the detective and see if hell give me a break. Emily is tells her to get over herself and Spencer is like “UH, wtf. You live in a carpet munching dreamland. Idk what Im even talking to you foryoure a virgin who cant drive.”

Ezra is torn about doing the media tour and Arias like omg no its fine, please do it! You know somethings wrong when Arias selfish ass doesnt want to talk about herself.

Spencer shows up to the detectives shit hole of a house and is like, “oh, youre poor as fuck.” Seriously, does this police department need to go on strike? No wonder he wants to solve this case so badlymaybe hell get a raise and be above the poverty line.

She tries to take off her clothes and hes like “the fuck bitch, put your cardigan back on.” She is acting weird AF, further solidifying my twin theory from last week.

Shes like honestly, he died because he sucks. Well, that sounds good enough to me. Case closed. Wanna go grab some pizza after this?

The detective has the weirdest boner from this vigil anti-murder thing she has going. Hes like you cant murder people but also like Im gonna murder da pussy. 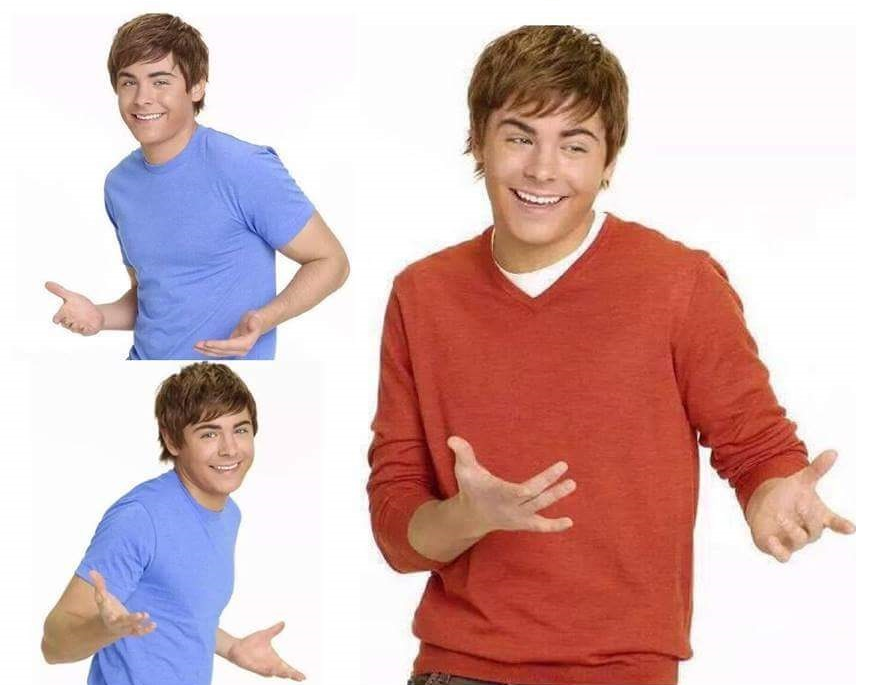 Spencer is like “can you stop being a cop for a second and let me get away with murder???!?” Hes like we had sex once and now you want me to cover your murder? I did not leave the Southside for this!

His phone rings and of course, he leaves her with all the evidence. And of course, she steals some. BECAUSE THAT IS A GOOD IDEA.

The Liars get together to watch it and see it was Lucas testimony the night after Charlottes murder. Lucas sells Hanna out and says he cant be her alibi. He also says that she probs didnt commit murder but her friends are fucking psychos and like, its not totally out of their character. All of the Liars are super offended by this, of course.

LIARS: How dare he say we kill people!?

LUCAS: Well, there was Noel. And Snaggle. And

LIARS: I would really like to be excluded from this narrative. One that I did not ask to be a part of since 2009.

Hanna still believes that there is no way in hell Lucas is A. She goes on a tangent about how she loves her friends, and all the little birdies and the monkeys, and how they would never hurt her. 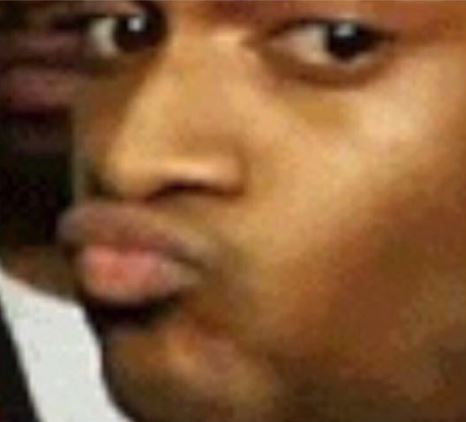 Hanna says that she has to deliver something to A at the school and Aria suggests they stake out the locker. No one knows about the locker, so mistake one.

Emily is shoving food and prenatal vitamins down Alis throat and Alis like what the fuck climbed up your clam. Emily goes on a rant about Ali leaving her and all this bullshit. Fuck, I hate this show.

Hanna gets instructions to drop off the hard drive at the computer store at the exact same time she is supposed to be robbing her moms business of evidence. Priorities, right? They decide to all split up so Hanna can complete both tasks.

Arias like oh wow, huge bummer but my boyfriend has this thing to do, so I cant come help you stop our stalker. My b!

Mona shows up and is like okie dokie! Time to play the game that can murder me! like its a game of Candyland. Did her parents ever tell her they loved her, I mean seriously.

Hannas like you cant sit with us! and Mona is like “I have literally saved your fucking life like 10 times, let me into the goddam group.” Hanna knows they cant let her in because Mona wears hoop earrings and hoop earrings are Arias thing.

Ali and Emily are staking out the high school by literally not doing that at all. They are visibly standing in the hallway, having a full on conversation and miss the person who comes to the lockeraka their only job. They are going to be great parents. We all know which kid is going to fall into Harambes cage next.

They chase after A and then Ali gets shoved to the ground. Emily immediately shuts this shit down.

They go home early and Aria happens to be there, fucking destroying their nursery. She trips and falls like 80 times and Emily almost catches her.

Meanwhile, Ezra is at the book tour talking about how great Aria is, not knowing that she just smeared blood all over a changing table. Like, cool story Hansel.

Spencer, Emily and Ali are looking at the fucked-up nursery and theyre like, yo this is insane. Arias like hey, nice weather were having, huh? Ali and Emily figure out that there has to be a second A because whoever did this knew they would be gone.

They are looking at the ground in the nursery and Spencer finds Arias fugly-ass earring on the ground. Just leave it there, its where it belongs. Spencers suspicious while Aria tries to play it off.

Hanna is going through receipts at the Radley but cant find Spencers. They only have 10 minutes to find it, so Caleb decides to break a water pipe and fuck up all the receipts.

The detective calls Spencer and is like “give me that stupid fucking hard drive you dumb bitch” and shes like “hmmm well, I got it at your house late at night. Should we tell everyone were fucking?” Spencer is the kind of girl who pokes holes in condoms.

The Liars corner Lucas, who is freaking out in his house. He says he didnt know Charles was Cece who was A, and honestly, I get that. I still dont know who anyone is on this fucking show.

Hes like We stayed friends, but only through email! I didnt know! Catfish, accomplice to murder edition.

Lucas feels responsible for all of this because he shit talked all of them in his emails to Charles and now hes like, trying to kill them. And she shaved off her head and I guess now shes addicted to crack.

Hes looking for another book where vengeance is turned into a game and theyre like “YUP there it is.” He says A took it before he can find it, because duh this isnt amateur hour. They ask him how the book ends and he says it was never finished.

Hanna tells Lucas she believes him but asks why he is selling the factory and her company? Hes like, “well Im broke and youre a failure.” I paraphrase.

Lucas has been friend zoned so hard it put him in a new socio-economic level.

The Detective calls Spencer in and tells her about the flood at the Radley. Hes like, dont worry, Im still going to find out who the fuck did this. Time to start poking them holes, Spence.

Ali and Emily are having a romantic lesbian moment that weirdly doesnt take place in Emilys wet dreams. Ali tells Emily she loves her and it turns into a full on makeout scene. Ugh finally. I was getting tired of this bullshit.

While Aria starts crying, A starts finishing up the comic book while wearing leather gloves. Oh, so now A can draw too? Like really, how many skills does this person have?