His pro-coal, anti-wind dogma would set climate action back years and leave a harmful legacy for generations 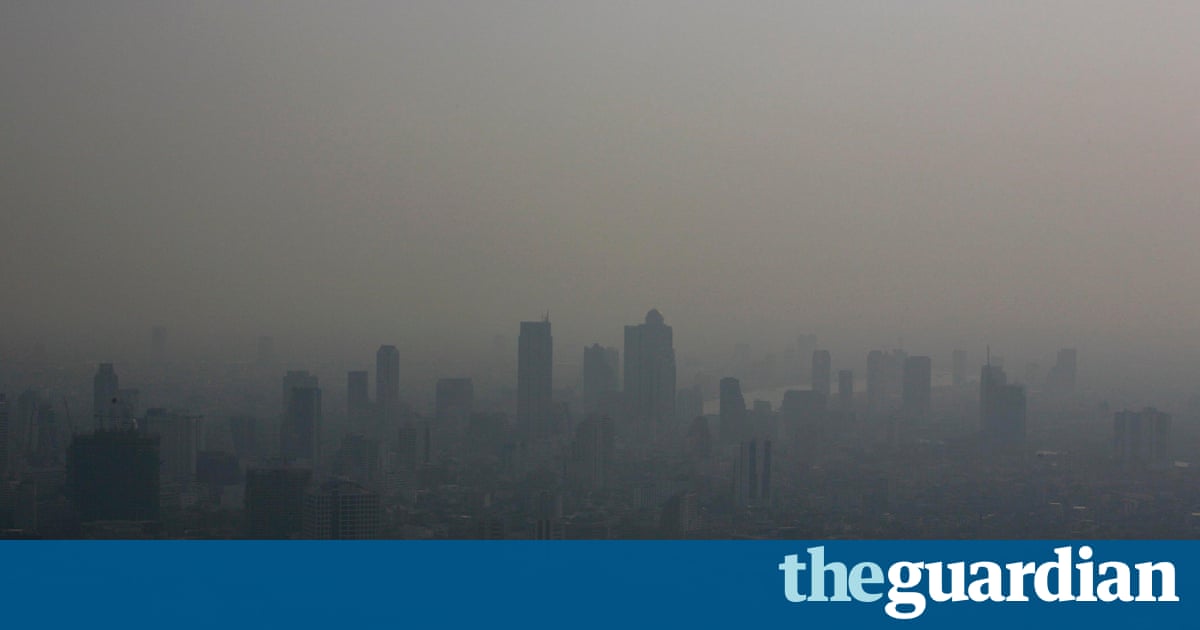 To prevent climate change that floods large portions of coastal cities, dooms small island nations and turns whole regions into deserts, we need to accelerate the transformation of the worlds energy economy away from fossil fuels. Those who have crunched the numbers say this can still be achieved, but just barely. Hitting the brakes would send us over the cliff.

Over we go if Donald Trump wins the election and carries through on his campaign promises. The effects on the global climate will persist not only for the four or eight years of his presidency, but for generations.

Barack Obamas fight against climate change centers on a plan to reduce the use of coal (the largest source of US greenhouse gas emissions). Trump has vowed to cancel this plan, somehow revive the US coal industry and support domestic production of oil and natural gas. He also dislikes wind power, for it kills eagles (though not nearly as many as the birds that die from flying into high-rise buildings like those he builds). He tried to stop a wind farm off the Scottish coast because it would have been visible from a Trump golf course.

Wind could supply a huge amount of carbon-free energy, but to reach its full potential requires the construction of new wind farms and transmission lines on federally owned onshore and offshore land, so a President Trump could halt this, be his rationale saving birds or anything else. He hasnt been overtly hostile to solar, another major source, but the plummeting price (and hence growing competitiveness) of solar are largely driven by low-cost panels from China. Trumps promised trade wars could end the days of cheap solar here.

Many of Trumps moves would be challenged in court, as were the anti-regulatory actions under George W Bush and Dick Cheney, but the experience then shows that it can take years for this litigation to have major effect two full terms, we saw with climate change. Ronald Reagan also tried to turn back many environmental protections, but he was slowed by a strongly pro-environment Congress (quite the opposite of today). A supreme court majority in the mold of the late justice Antonin Scalia (as Trump has also promised), and federal agencies that cant attract young talent that wants to clean the environment, would make things still harder. Some states would take action on their own, but mostly those with Democratic governors.

The action in courts and in the federal agencies depends on the statutes now on the books. Congress has not passed or repealed a major new environmental law since 1990 (except for last months industry-supported rewrite of the toxics law). Only President Obamas veto power and the 60-vote Senate filibuster rule have blocked the current Congress from gutting the key laws. With a president eager to repeal them, the filibuster rule would be the sole remaining barrier, and an aggressive Republican majority could even end that and require only 51 votes.

The Paris agreement was possible only with strong US support, and a US retrenchment on climate action would have global ramifications. Most important here is India, whose population will likely exceed Chinas in 2022. India must grow its economy to pull hundreds of millions of people out of deep poverty; if it emulates China and does that based mostly on fossil fuel, all hope of avoiding catastrophic climate change will be lost. In Paris, India promised to slash its emissions growth, but that depends on aid from the developed countries.

If the US historically the worlds largest emitter, with high per capita emissions refuses to act, and if it withdraws from the Paris agreement and reneges on its pledge to help developing countries deal with climate change (as Trump has also promised to do), the leaders of India and other developing countries will face great political pressure at home to follow the easy path of using more coal.

Thus a Trump presidency would be a boon for the US wall-construction business not just the Mexican wall, but also walls along the Atlantic, Gulf and Pacific coasts to keep back the rising seas. But rational planning of sea walls requires a government that acknowledges climate change. (Florida has seen the perils of acting under a governor who barred his officials from even uttering the phrase.)

Since the greenhouse gases that are emitted today stay aloft for decades or centuries, the pollution that is allowed or encouraged during a Trump administration will continue to cook the world for generations.