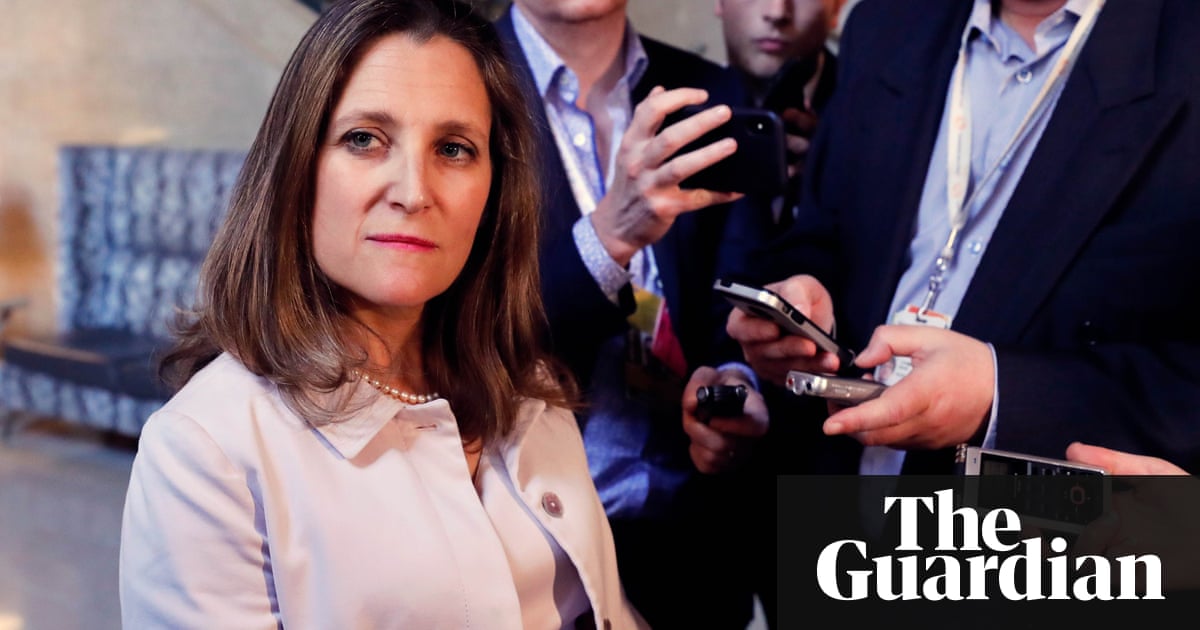 Canadian diplomats are scrambling to mend a deteriorating relationship with its largest trading partner after senior US officials maintained the rhetorical barrage first unleashed by Donald Trump at the G7 meeting in Quebec.

Foreign affairs minister Chrystia Freeland will travel to Washington this week for a visit which will focus on trade talks – but also attempt to reset relations between the two countries, which have been pushed to their lowest point in recent memory amid an increasingly bitter row over trade.

In television appearances over the weekend, two senior Trump advisors said that Justin Trudeau “stabbed the US in the back” after the prime minister spoke out against the US president’s aggressive trade policies.

In an appearance on Fox News on Sunday, White House trade advisor Peter Navarro said: “There’s a special place in hell for any foreign leader that engages in bad faith diplomacy with President Donald J Trump and then tries to stab him in the back on the way out the door.”

The sharp escalation has shocked experts and fuelled worries of a devastating trade war, one which Canada, a middling economic power, would likely lose.

“There have been moments of tension in various times in the history of Canada-US relations, but I’ve never seen or heard of anything like the type of language the US administration has used towards Canada,” said Roland Paris, an international affairs scholar and former advisor to Trudeau.

Canadian officials hoped the G7 summit in Quebec over the weekend would be an opportunity to reset discussions around trade after Trump imposed punitive tariffs on the EU and Canada.

But the gathering concluded on a sour note after Trudeau told reporters Canada “will not be pushed around”. Trump responded via social media calling the prime minister “very dishonest and weak”.

“We have to prepare for the worst now,” said Colin Robertson, a former diplomat and head of the Canadian Global Affairs Institute. “There’s a lot of damage control going on today and for the next few days,” he said.

The US remains Canada’s largest trading partner, a relationship valued at $673.9bn, but Trump has claimed Canada has a trade surplus with the US, a statement not backed up by any evidence.

A recent report from the CD Howe Institute finds that the tariffs will cause significant economic pain in both countries: Canada could lose as many as 6,000 jobs and a 0.33% GDP reduction, whereas the US would lose 22,700 jobs, but only a 0.02% disruption to the GDP.

“There are plenty of people in the United States, including in positions of influence, who were just as outraged at those remarks as Canadians were,” said Paris.

Although there is little to suggest that his aggressive trade policy has spirited support within his party, analysts say Trump has seized on the duties as a weapon he can wield without needing congressional approval.

“He’s discovered these weapons and he’s using them for maximum effect to further his ‘American First’ bellicose trade and political agenda,” said Lawrence Herman, a former diplomat and international trade lawyer. “I think the lesson has come home that as a strategic objective: be less dependent on the unreliability of the United States … What Trump is showing is that the United States is an unreliable treaty partner.”

The recent spat has backed Canada into an uncomfortable position: while attempting to remain steadfast against a belligerent trade partner, it must also reckon with the fact that much of its economic productivity is tied to seamless free trade with its southern neighbour.

Trudeau’s father, Pierre Trudeau, famously likened the relationship with the United States to a mouse next to a sleeping elephant. “No matter how friendly and even-tempered is the beast, one is affected by every twitch and grunt,” the former prime minister said.