The long read: Work has ruled our lives for centuries, and it does so today more than ever. But a new generation of thinkers insists there is an alternative 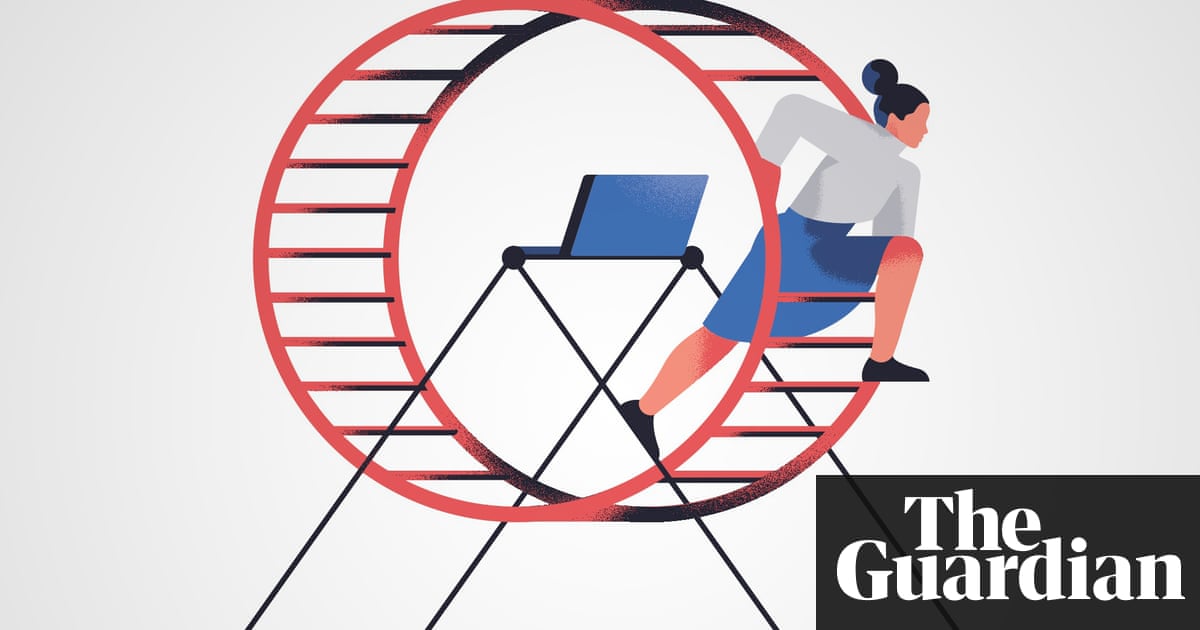 Work is the master of the modern world. For most people, it is impossible to imagine society without it. It dominates and pervades everyday life – especially in Britain and the US – more completely than at any time in recent history. An obsession with employability runs through education. Even severely disabled welfare claimants are required to be work-seekers. Corporate superstars show off their epic work schedules. “Hard-working families” are idealised by politicians. Friends pitch each other business ideas. Tech companies persuade their employees that round-the-clock work is play. Gig economy companies claim that round-the-clock work is freedom. Workers commute further, strike less, retire later. Digital technology lets work invade leisure.

In all these mutually reinforcing ways, work increasingly forms our routines and psyches, and squeezes out other influences. As Joanna Biggs put it in her quietly disturbing 2015 book All Day Long: A Portrait of Britain at Work, “Work is … how we give our lives meaning when religion, party politics and community fall away.”

And yet work is not working, for ever more people, in ever more ways. We resist acknowledging these as more than isolated problems – such is work’s centrality to our belief systems – but the evidence of its failures is all around us.

As a source of subsistence, let alone prosperity, work is now insufficient for whole social classes. In the UK, almost two-thirds of those in poverty – around 8 million people – are in working households. In the US, the average wage has stagnated for half a century.

As a source of social mobility and self-worth, work increasingly fails even the most educated people – supposedly the system’s winners. In 2017, half of recent UK graduates were officially classified as “working in a non-graduate role”. In the US, “belief in work is crumbling among people in their 20s and 30s”, says Benjamin Hunnicutt, a leading historian of work. “They are not looking to their job for satisfaction or social advancement.” (You can sense this every time a graduate with a faraway look makes you a latte.)

Work is increasingly precarious: more zero-hours or short-term contracts; more self-employed people with erratic incomes; more corporate “restructurings” for those still with actual jobs. As a source of sustainable consumer booms and mass home-ownership – for much of the 20th century, the main successes of mainstream western economic policy – work is discredited daily by our ongoing debt and housing crises. For many people, not just the very wealthy, work has become less important financially than inheriting money or owning a home.

Whether you look at a screen all day, or sell other underpaid people goods they can’t afford, more and more work feels pointless or even socially damaging – what the American anthropologist David Graeber called “bullshit jobs” in a famous 2013 article. Among others, Graeber condemned “private equity CEOs, lobbyists, PR researchers … telemarketers, bailiffs”, and the “ancillary industries (dog-washers, all-night pizza delivery) that only exist because everyone is spending so much of their time working”.

The argument seemed subjective and crude, but economic data increasingly supports it. The growth of productivity, or the value of what is produced per hour worked, is slowing across the rich world – despite the constant measurement of employee performance and intensification of work routines that makes more and more jobs barely tolerable.

Unsurprisingly, work is increasingly regarded as bad for your health: “Stress … an overwhelming ‘to-do’ list … [and] long hours sitting at a desk,” the Cass Business School professor Peter Fleming notes in his new book, The Death of Homo Economicus, are beginning to be seen by medical authorities as akin to smoking.

Work is badly distributed. People have too much, or too little, or both in the same month. And away from our unpredictable, all-consuming workplaces, vital human activities are increasingly neglected. Workers lack the time or energy to raise children attentively, or to look after elderly relations. “The crisis of work is also a crisis of home,” declared the social theorists Helen Hester and Nick Srnicek in a paper last year. This neglect will only get worse as the population grows and ages.

And finally, beyond all these dysfunctions, loom the most-discussed, most existential threats to work as we know it: automation, and the state of the environment. Some recent estimates suggest that between a third and a half of all jobs could be taken over by artificial intelligence in the next two decades. Other forecasters doubt whether work can be sustained in its current, toxic form on a warming planet.

Like an empire that has expanded too far, work may be both more powerful and more vulnerable than ever before. We know work’s multiplying problems intimately, but it feels impossible to solve them all. Is it time to start thinking of an alternative?

Our culture of work strains to cover its flaws by claiming to be unavoidable and natural. “Mankind is hardwired to work,” as the Conservative MP Nick Boles puts it in a new book, Square Deal. It is an argument most of us have long internalised.

But not quite all. The idea of a world freed from work, wholly or in part, has been intermittently expressed – and mocked and suppressed – for as long as modern capitalism has existed. Repeatedly, the promise of less work has been prominent in visions of the future. In 1845, Karl Marx wrote that in a communist society workers would be freed from the monotony of a single draining job to “hunt in the morning, fish in the afternoon, rear cattle in the evening, criticise after dinner”. In 1884, the socialist William Morris proposed that in “beautiful” factories of the future, surrounded by gardens for relaxation, employees should work only “four hours a day”.

In 1930, the economist John Maynard Keynes predicted that, by the early 21st century, advances in technology would lead to an “age of leisure and abundance”, in which people might work 15 hours a week. In 1980, as robots began to depopulate factories, the French social and economic theorist André Gorz declared: “The abolition of work is a process already underway … The manner in which [it] is to be managed … constitutes the central political issue of the coming decades.”

Since the early 2010s, as the crisis of work has become increasingly unavoidable in the US and the UK, these heretical ideas have been rediscovered and developed further. Brief polemics such as Graeber’s “bullshit jobs” have been followed by more nuanced books, creating a rapidly growing literature that critiques work as an ideology – sometimes labelling it “workism” – and explores what could take its place. A new anti-work movement has taken shape.