We have a choice: either let young people learn their&nbsp;lessons from online pornography, or intervene 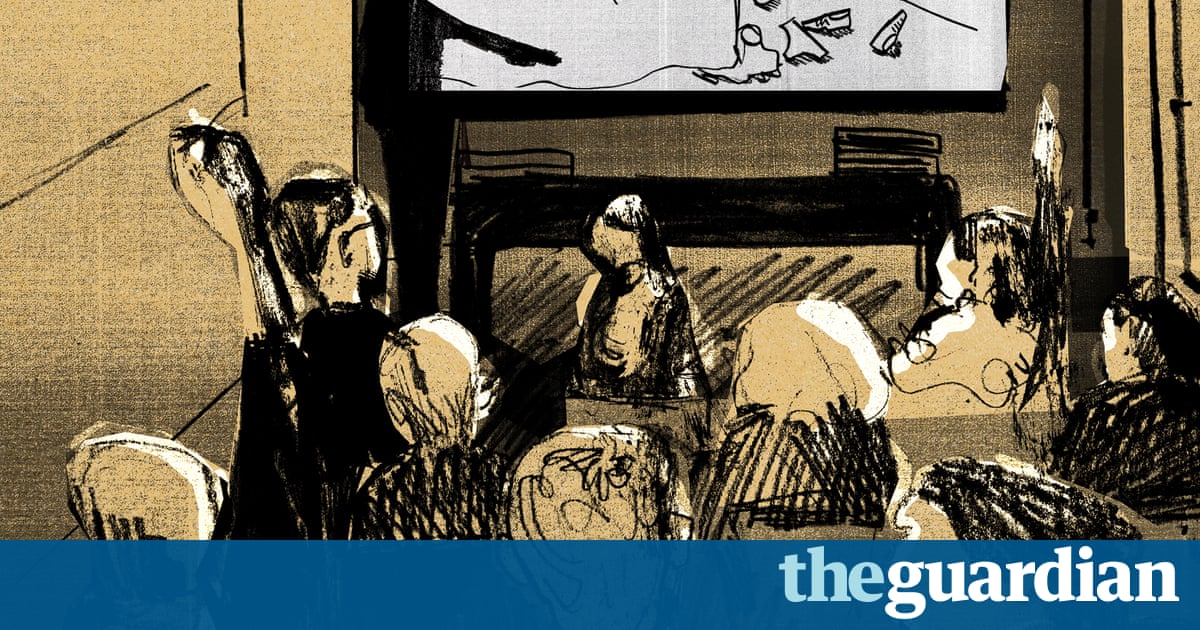 What a cat I put among the pigeons last week by suggesting, in answer to a question about pornography at a literary festival, that it should be considered suitable for pupils to watch and analyse this material in schools. I was accused, on social media of course, of being a danger to innocent children, and, yes, I received my first online death threat.

What, I wondered, do so-called grown-ups think our youngsters are up to when it comes to sex? The internet is the wild west of the information age, and the younger generation is far more adept than the older ones at gaining access to its more unsavoury territories.

Teenagers will always be drawn to the raunchier aspects of whatever culture is available to them. This would once have been a copy of Lady Chatterleys Lover, passed around the classroom with a giggle, disguised beneath the cover of Calculus for Beginners.

In the 1990s there were the lads mags, and lots of work for any feminist mother trying to persuade her sons that the exploitation of women putting semi-nude pictures of them on a bedroom wall was not a good idea. That was a difficult one, because you didnt want your kids to think sex was dirty or to make them afraid to share their interest in it with their parents. You just wanted them to know that women should never be used or objectified.

Now its a smartphone, a tablet or a laptop, always in the pocket or the bag, always ready for a selfie; and parents should know what the technology is being used for. Its generally not just phoning home to reassure Mum and Dad theyre safe, or looking up the meaning of a word on the internet.

As a Baby Boomer who grew up during the sexual revolution, Ive always laughed at the idea that a womans lot was to lie back and think of England. Our sex education back then tended to concentrate on fear of pregnancy, infection and loss of respectability as, Im told, is often the case today.

But we had free, reliable contraception, Aids was unheard of and we made it our business to find out about our pleasure. Books like Our Bodies Ourselves gave us the information, and the Womens Liberation Movement encouraged us to become familiar with our genitals with a mirror and a torch.

There were meetings to try this in a group. I didnt go, but Im full of regret that we havent managed to pass on the knowledge we gleaned as young feminists about intimacy and pleasure to our daughters and granddaughters, for whom everything seems to have gone back to the olden days possibly worse. Recent news stories have illustrated the territory of male entitlement that women continue to navigate, including Donald Trumps comments that when he sees a beautiful woman, I just start kissing them. Its like a magnet. Just kiss. I dont even wait, and the detail that the footballer Ched Evans acquitted of rape last week didnt speak to the complainant in his case before, during or after intercourse. Evans now says people need educating on alcohol and consent.

Surely were all aware by now of whats been going on among schoolchildren, behaviour that often leads to embarrassment and heartbreak. Where has the parent been who has not spoken to their son or daughter about the danger of a dick pic or naked selfie being inappropriately shared and the subject of the image being universally shamed?

Then, of course, theres the instant admission any curious teenager can obtain to sites that would probably appal even the most liberal among us. I have looked at a number of such sites for research purposes only, naturally and any parent ought to be very worried. What is on offer is deeply dispiriting, even on those sites that are dedicated to normal sex without straying into abuse or other perversions.