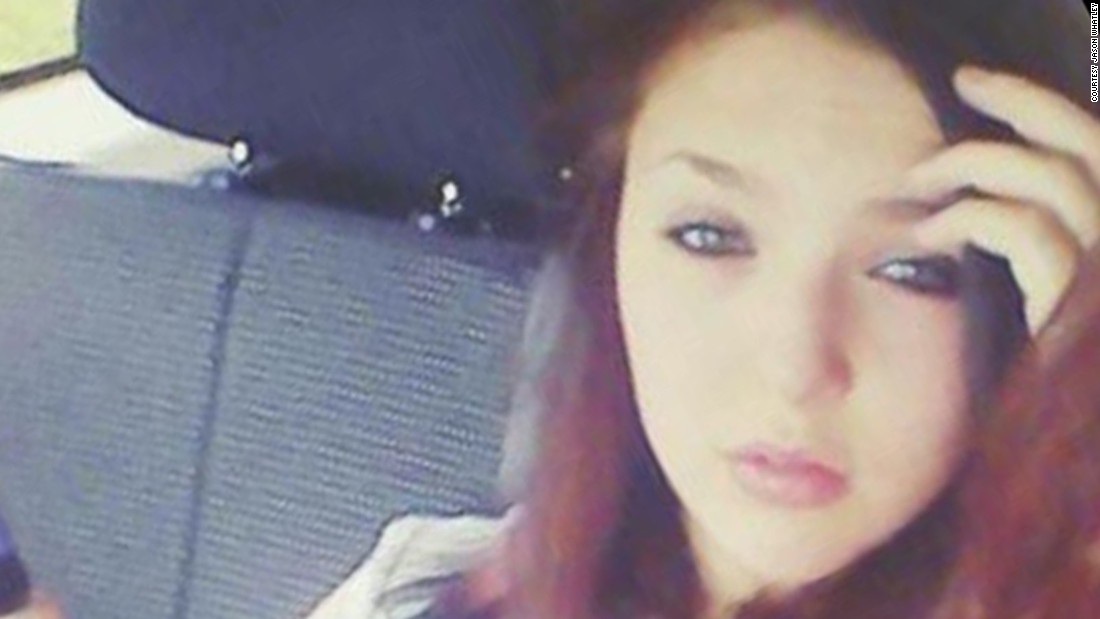 (CNN)It’s been a week, and still, there is no sign of the 15-year-old girl or the Culleoka, Tennessee, high school teacher charged with abducting her weeks after another student reported seeing the two kissing.

A lawyer for Elizabeth Thomas’ father said the teen’s alleged abductor is armed, dangerous and “obviously a man who is not in control of his faculties.”
On Saturday, the Tennessee Bureau of Investigation updated its Amber Alert explaining how little has turned up since investigative efforts placed Elizabeth and teacher Tad Cummins in Decatur, Alabama, about 70 miles south of Culleoka. State investigators have received 250 tips, from 24 states, including California, but none has helped them locate the girl.
They’re left to believe Cummins could be staying out of sight.
“He potentially may have them sleeping in the vehicle or Cummins may have driven them far away from Tennessee to a rural community. Having now been on the run for more than five days, Cummins may have taken her, frankly, anywhere,” the Amber Alert update said.
According to authorities, a friend dropped Elizabeth off at a restaurant in Columbia, about 45 miles south of Nashville, on March 13. Near the same time, Cummins was captured on surveillance footage pumping gas nearby, they said.
Police said they believe Cummins has two handguns. They are trying to evaluate how much cash he may have. Cummins took out a $4,500 loan days before he disappeared, police said.

‘Left in the dark’ 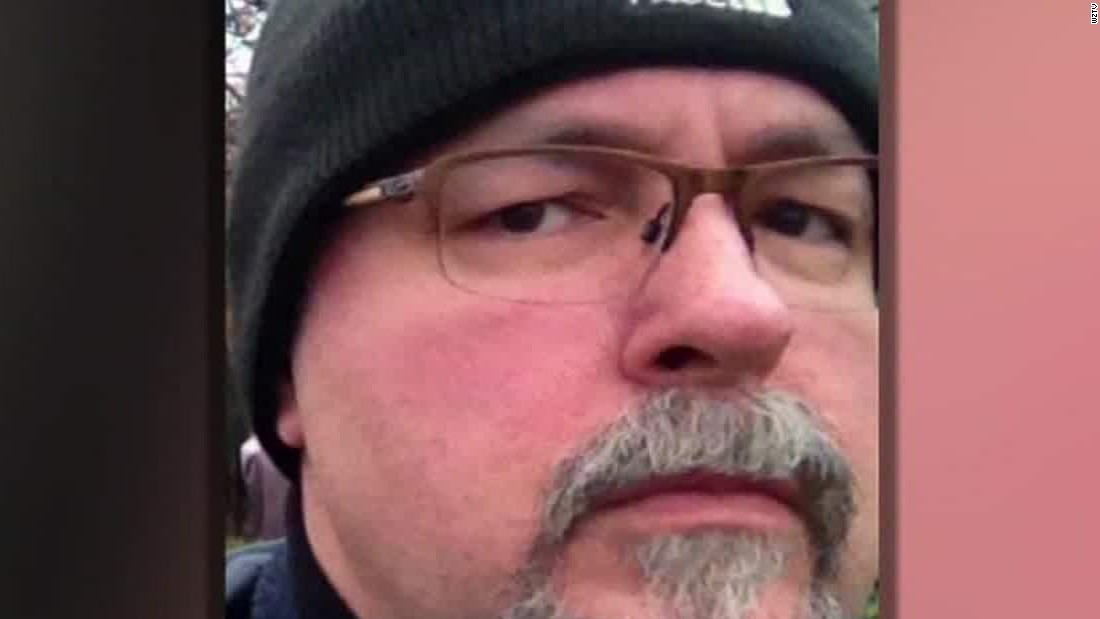 The 50-year-old Cummins has been placed on Tennessee’s most-wanted list. He stands charged with aggravated kidnapping and sexual misconduct with a minor.
Jason Whatley, an attorney for the girl’s father, Anthony Thomas, said the teen’s abduction came after a chain of events that began January 23, when a Culleoka high school student allegedly saw Elizabeth and Cummins kissing in a classroom. The incident was reported to the school the next day, he said.

Elizabeth Thomas: The 15-year-old has light brown or blond hair and hazel eyes. She is 5 feet 5 inches tall and weighs 120 pounds. She was last seen wearing a flannel shirt and black leggings.

Tad Cummins: The 50-year-old has brown hair, brown eyes and a gray goatee. He is 6 feet tall and weighs about 200 pounds. He is believed to be armed.

It was another week, Whatley said, before a detective with the Maury County Sheriff’s Department notified Elizabeth’s father, Anthony Thomas, of the allegations.
According to a letter Whatley sent to Superintendent Chris Marczak on February 6, Anthony Thomas called the school the next day, Feburary 1, and spoke to a woman who expressed regret that he had been “left in the dark,” promised to keep him informed of further findings and assured him there would be no more contact between his daughter and Cummins.
Whatley wrote in his February 6 letter that since that February 1 call, Elizabeth had told her father she still had a class with Cummins, and her phone history indicated the two were still in contact.
“If it is true that contact between this student and Mr. Cummins has continued in light of these allegations, I can tell you that my client will use whatever legal means are at his disposal, including filing suit, to assist Maury County Schools in protecting (Elizabeth) from Mr. Cummins,” the attorney wrote.
The school district said in a February 8 internal memo, provided to CNN by Whatley, that Elizabeth had been removed from Cummins’ forensics class, and assertions she was still in his class were false. 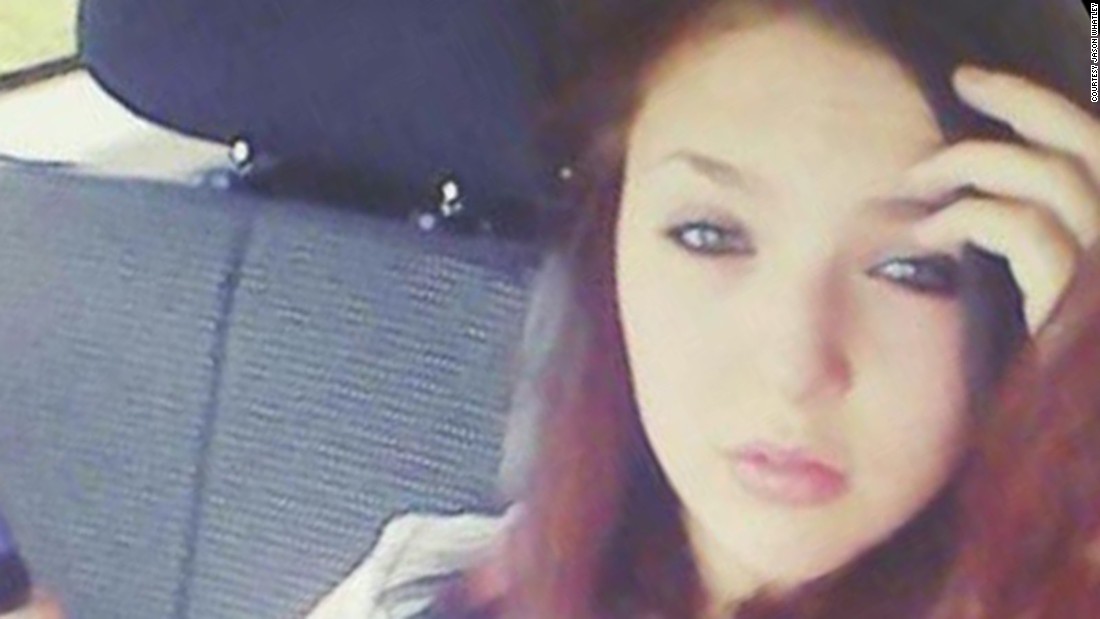 A January 30 investigative report, also provided by Whatley, includes statements from Elizabeth and Cummins, both of whom denied they’d kissed. Cummins called Elizabeth “a really good friend” and said she came to see him when she needed someone to calm her down.
“He loves his wife and has never cheated on his wife and would never do anything to jeopardize his marriage,” the report said of Cummins, who had taught at Culleoka Unit School since 2011.
Elizabeth said, like many students, she looked to Cummins as a counselor. She’s been to church with him, she said. According to the report, he never made her feel uncomfortable and he never touched her, except for the occasional fist bump. He also grabbed her hands one time to calm her down, she said.
A faculty member identified in the report as “Teacher 1” said she had seen Elizabeth in Cummins’ classroom a great deal and felt Cummins “should have a better boundary between his role as the student’s teacher and the student’s friend.”
However, Teacher 1 said she never witnessed anything inappropriate, and Cummins’ door was always open when students were in his classroom, according to the report.
The report concluded the allegation the two had kissed could not be confirmed but recommended Elizabeth be taken out of Cummins’ class. Elizabeth should be told to bring anxiety issues to counselors and administration in the future, it said.
Four days later, an official reprimand issued to Cummins indicated that Elizabeth had been in his classroom for a half-hour earlier that day. 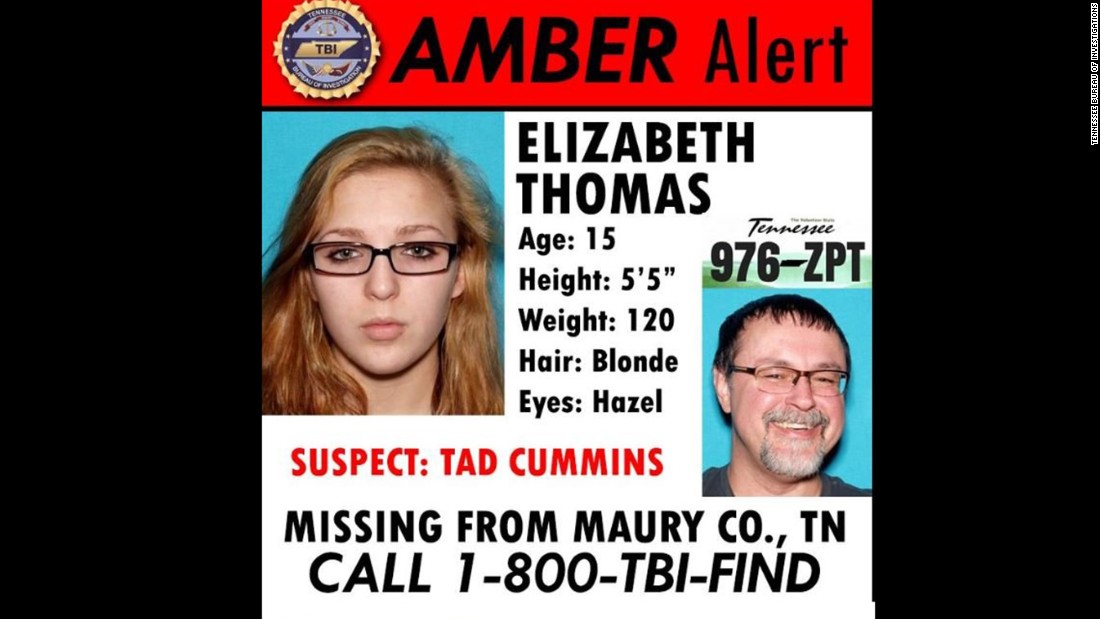 Maury County Public Schools officials have been quiet about the incident. There doesn’t appear to be any word about the missing student on the school’s website or Facebook account.
The school’s website recently listed Cummins as part of the health science faculty at Culleoka Unit School, but the site has been updated and now says “TBD” where Cummins’ name used to be.
Calls and emails to the school district and Marczak were not immediately returned over the weekend. Marczak did not immediately respond to a direct message sent via Twitter.
The Daily Herald in Columbia reported that school spokeswoman Kim Doddridge provided a timeline of the school’s handling of the incident. The day after a student reported seeing Elizabeth and Cummins kissing, the Culleoka Unit School contacted the central office, she told the newspaper.
The district kicked off an investigation that ran from January 25 to January 31, after which the results were given to Cummins, she said, according to the paper.
“During the investigation, both the teacher and the student were instructed to have no contact. The student was transferred out of Cummins’ class. At that time, there were no findings to substantiate suspension of the teacher. The suspension on February 6 was precipitated by insubordination by Mr. Cummins. There was a continuing investigation by the Maury County Sheriff’s Office. Cummins’ dismissal on March 14 was a result of the TBI’s issuance of the alert,” the paper quoted Doddridge as saying.
The TBI confirmed to CNN that Cummins was fired last week. 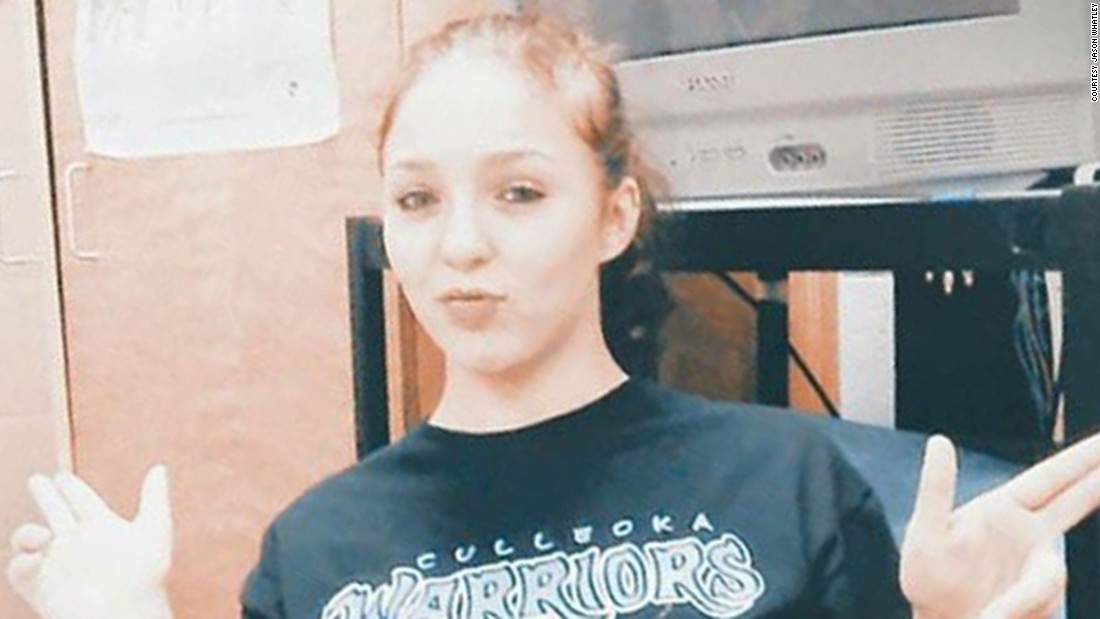 Whatley said that despite his Feburary 6 letter to Marczak, school officials did not do enough to keep Cummins away from Elizabeth and, at one point, placed Elizabeth in in-school suspension when they learned the two remained in contact.
Anthony Thomas was upset to learn Cummins was not only still pursuing a relationship with his daughter, but also still teaching, the attorney said.
Whatley described Anthony Thomas, a single father of 10, as a blue-collar guy. Elizabeth’s mother does not live with the family, Whatley said.
Asked how Anthony Thomas is holding up, the lawyer said he’s sad, anxious and suffering from high blood pressure.
“He’s not doing well at all,” Whatley said 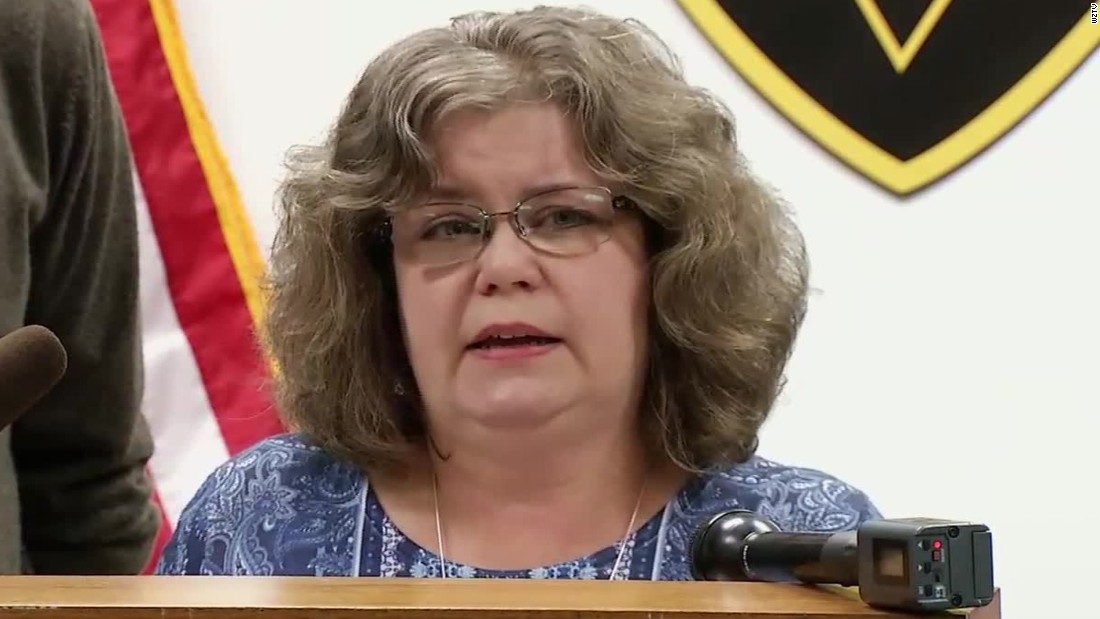 On Friday, Cummins’ wife made a tearful plea for her husband to bring Elizabeth home and turn himself in.
“Tad, this is not you. This is not who you are,” Jill Cummins said during a news conference. “We can help you get through this. No matter how far you’ve gone or what is happening right now, God’s grace is sufficient for you and he wants you to come home.”
TBI Private Investigative Officer Josh Devine said last week the history of Cummins’ and Elizabeth’s relationship was unknown.
Saturday’s Amber Alert update said the investigation has indicated a “troubling pattern of behavior” by Cummins, who possibly planned the March 13 abduction.
“Nothing investigators have learned about Cummins or his intentions for the young girl since issuing the AMBER Alert calms the imminent concern for Elizabeth’s well-being. In fact, it only heightens it,” the Amber Alert update says.
District Attorney Brent Cooper, who has jurisdiction in this case, weighed in last week to explain what made Elizabeth’s alleged kidnapping aggravated.
“This is a 15-year-old child that has led a difficult life, basically going against a 50-year-old man. I believe it’s clear at this point that her removal by him is unlawful. And what makes it aggravated is that he was in possession of firearms,” he said.
Cooper did not elaborate on what made Elizabeth’s life difficult.