When a member of the royal family dies, broadcasting reverts to the social norms of the 50s, writes Tim Luckhurst. 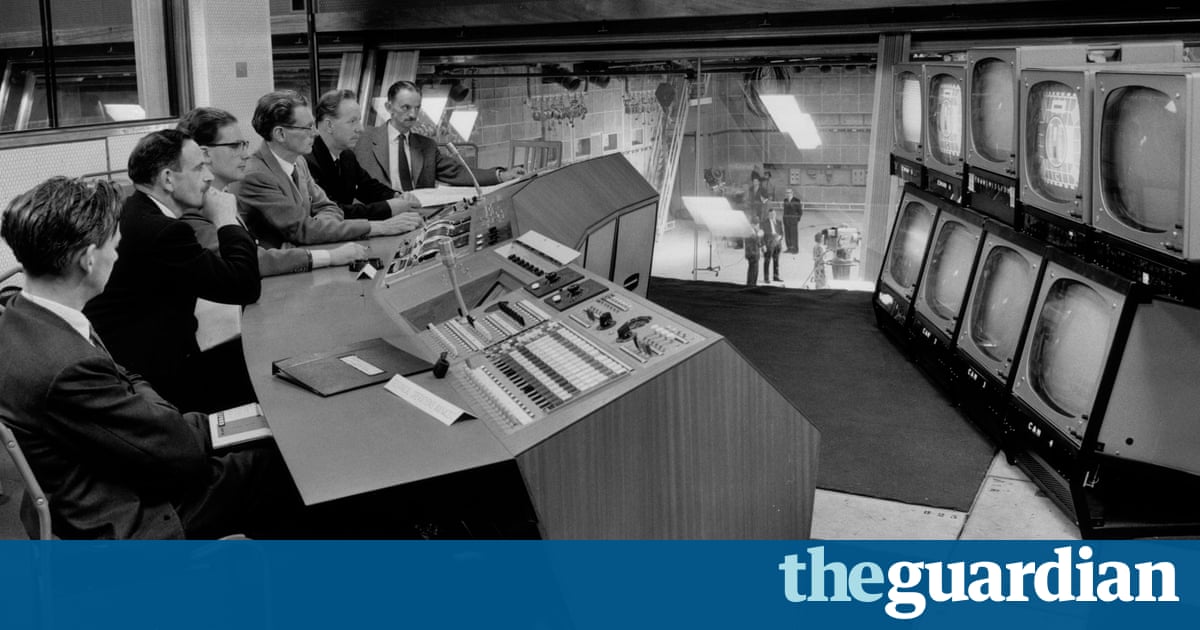 If you switch on your radio shortly before Buckingham Palace alerts the BBC to imminent confirmation of a category A royal death you may experience several minutes of the type of bewilderment that makes Princess Margaret look lively. Provided youre not driving at the time, you might flap your hands in that sad imitation of a dying salmon the poor woman made famous on her mums birthday.

The death of a member of the Windsor family may not have what you would call category A significance. A shame? Well, of course, any death diminishes us all. Astonishing? In the case of a woman now entering her 102nd year not remotely. You might have a more pressing interest in the result of a pre-season friendly between Scunthorpe United and Partick Thistle or a review of the newspapers from Namibia. But youll just have to wait. Auntie Beeb has decreed it.

What you will hear is solemn music (one dissident BBC executive suggests a medley from the work of The Dead Kennedys or a stirring cut from Never Mind the Bollocks, but dont count on either). The funereal mood will be interrupted every 15 minutes by an announcer declaring: This is BBC Radio. A statement is expected from Buckingham Palace shortly about the health of Queen Elizabeth, the Queen Mother (or the Queen, Prince of Wales or Duke of Edinburgh). The statement is expected at . . .

Health will, in bald truth, be the last thing on anyones mind. For reasons inexplicable even to many at Television Centre the BBC has sworn a self-denying ordnance on the question of major royal deaths. The corporations official guidelines on the handling of these events contains a sentence in bold capitals and heavily underlined. It explains that BBC news may well be aware that a senior Windsor has died for some time before the palace wishes to confirm the death.

The bit drummed into the brain of every BBC journalist of assistant editor status or above says: THE BBC WILL HONOUR ANY SUCH EMBARGO, REGARDLESS OF WHAT OTHER BROADCASTERS MAY DO.

These royal death guidelines (bold capitals underlined twice) are holy writ to BBC staff. They prescribe with a combination of military precision and civil service pedantry exactly what must be done in a comprehensive range of Windsor demise scenarios. Scripts and recorded reports are itemised along with exact durations and the order in which they must be run.

Following official confirmation that the Queen Mother is dead the special programme mounted on Radios 4 and 5 Live will start with a solemn announcement immediately followed by the national anthem. The announcement will then be repeated.

In the next 50 minutes, you will hear, among other gems, an interview about the abdication of Edward VIII, a feature about Her Majestys role during the Blitz and a fawning exploration of the Queen Mums relationship with Britains military. Youll probably get glowing assessments of her work for charity and fond memories from her cook too. What you will not hear, the guidelines forbid it, will be folksy anecdotes about the nations grandmother: at least not live anecdotes – all that sort of stuff is on tape in appropriate form.

What that means, as anyone who has participated in one of the BBCs regular royal death rehearsals knows (look serious Luckhurst this is not remotely funny) is that there is an absolute ban on risking the possibility that ordinary licence-fee payers might express anything ranging from mild indifference to outright republicanism.

Despite significant internal scepticism, some of it from very senior figures, the corporation is determined to mark the Queen Mums passing with the sort of reverence which went out of fashion shortly after the Suez Crisis.

One officially recommended script achieves a tone hovering neatly between Iraqi state radio introducing Saddam Hussein and a Monty Python sketch. Over the next two hours (the presenter will say): Well be looking back over her long and remarkable life . . . Well be hearing from many of the people who – although they never met her – felt that they knew her too. (As long as their views have been vetted in advance and declared safe by those responsible for the defence of the nations airwaves.)

The weight of official expectation places a burden on journalists. When I was a BBC editor I used to wake up sweating at the thought of a royal death. After I moved from network current affairs to take responsibility for BBC Scotlands radio and television news programmes, I once went back into the office at midnight to check that the Radio Alert Transmission System (RATS) was functioning smoothly and could be relied upon to tell me that my bosses in London had received official word that a big time Windsor was no more.

It wasnt, and the official panic which ensued next morning made grown men weep with laughter. At least until the full weight of corporate disapproval was brought to bear.

I recited a prayer familiar to many colleagues: Please God. Dont let it happen on my shift. BBC editors all share the same certainty – whoever is the editor responsible for output when it happens will be deemed to have made a mistake of tone, content or timing. If the nation rebels in horror at the antediluvian nature of the broadcast, following the guidelines to the letter will be no excuse.

Some poor hack, probably someone who has covered wars, revolutions, general elections and natural disasters without putting a foot wrong and simply by following good journalistic instincts, will be declared an un-person. That blameless scapegoat will take lifelong responsibility for paper clip supplies to outlying local radio stations.

My fear about professional oblivion routinely reached fever pitch when, as she did this week, the Queen Mother decamped to the Castle of Mey for her annual Scottish excursion. There is something faintly risible about the annual pantomime in which network correspondents such as Jenny Bond decamp to Wick in the transparent pretence that they are reporting on her holiday arrangements and fondness for the local people.

They are waiting for the poor woman to die, and they understand how horribly complicated things will get if it happens when she is miles from the nearest town.

Im sure Raigmore hospital in Inverness maintains copious supplies of blue blood and aristocratic plasma, but the place is many miles from her favourite retreat. The horrible possibility exists of Her Majesty expiring on the A9 or in an emergency helicopter. If that ever happens, the satellite trucks and radio links kept carefully hidden in huts a few miles from her castle will stand idle for hours as the facts everyone will obtain from doctors, servants and emergency crews wait for confirmation by Buck House.

CNN, Sky, TF1 and Radio Albania will have reported the news long before the BBC deems it suitable for public consumption. They may well use the expensive technology the BBC keeps on site to convey the information to a generally unfazed world. The Beeb may discover every penny of its most northerly British news deployment to be a vast waste of money. (There goes Gloucester, as one colleague once joked to me about the number of licence fees committed to the project.)

Liaison with the royals suggests no formal announcement will emerge until she is brought back to London to lie in state closer to the heart of empire.

Many seasoned journalists among the BBCs senior elite know how patently absurd this is. They make jokes about the farce which occurred when the Queen was duped into a spoof interview with a Canadian DJ and the BBC refused to allow the tape to be broadcast in Britain.

But nothing will change until after the Queen Mother has gone. Greg Dyke is deemed to have caused grievous offence at Buckingham Palace by paying too little attention to Her Majestys 100th birthday last year and no further risks will be taken.

One high-profile BBC editor puts it like this: We will be laughed at by a surprising proportion of the British public; many people will be surprised by just how many do think its crazy, but there is a section of the population which would be black-affronted if we did not treat this like the end of civilisation. Lots of us resent it, Jenny Abramsky (controller of BBC radio), Steve Mitchell (head of news programmes) and Helen Boaden have all protested, but its a non-starter. The charade described in the guidelines will happen. Then, when weve made ourselves look majestically absurd, the whole strategy will be reviewed and subjected to the dictates of common sense.

Until then, most Brits under the age of 50 and all republicans should take note. BBC coverage of royal death will bear no similarity to the corporations normal journalism. Critical thinking will go out of the window.

As the guidelines put it, the programming will be essentially a tribute not an objective assessment. Any live interviews which do appear will be with genuinely important establishment figures: the archbishop of Canterbury, prime minister, duke of Norfolk and so on.

On hearing these words: We are now interrupting our scheduled programming to bring together Radio 4 and Radio 5 Live (and probably most local and regional stations too) for a special programme, much of Britain will revert to the social mores of 1950.

A presenter will say This is BBC Radio. A short time ago Buckingham Palace made an important announcement. Youll wait for the news, she isnt an evil old bird and only the vile celebrate death, and then youll put on a very long CD.

When it happens, spare a thought for the senior editor on duty at Television Centre. Someone is going to be sorrier than most.

Tim Luckhurst was editor, news programmes, BBC Scotland 1995-7 and author of This Is Today: A Biography of the Today Programme