Decades of washing synthetic clothes has contributed to vast, irreversible pollution, with microfibers found in our drinking water, beer and table salt. So what can we do? 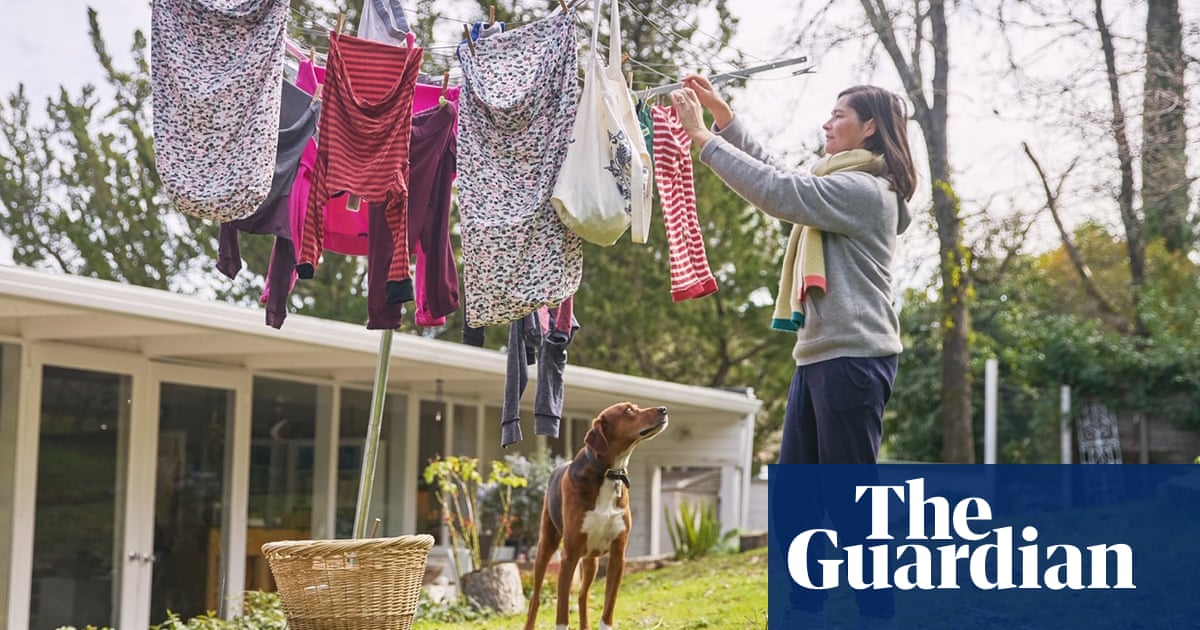 Doing the laundry for a family of four every week has always been tedious, but now it is burdened by knowing that almost every item we wash is releasing hundreds of thousands of tiny synthetic fibers into our waterways and the ocean beyond.

Like most people, I only learned about plastic microfiber pollution in the last couple of years. I had never really even thought about it, beyond wondering where the bizarre lint scraped from the dryer filter comes from. Washing machines produce a similar emission, but we don’t see it because it gets washed down the drain.

Thanks to increasingly high-profile research, we know that decades of washing synthetic clothes has contributed to vast, irreversible plastic pollution, with microscopic fibers now found embedded in sea ice, in a remote Mongolian mountain lake and in sludge at the bottom of the deepest oceans. A recent survey of water samples found that plastic fibers accounted for 91% of marine particles and 92% of freshwater particles. Tiny fibers from our clothes have been found in our drinking water, beer and table salt.

And then there’s the discovery of synthetic fibers in human feces, confirming that plastic pollution is making its way into our bodies either from our food, our drink, or both. Some researchers have speculated that plastic particles in the gut could affect our immune response, or transmit toxic chemicals.

There is limited research so far on the impact of microfibers on human health, but previous studies do indicate the possible health problems associated with ingesting plastics and the chemicals they are made and coated with. Bisphenol A (BPA) is used to manufacture most plastics with the recycling codes 3, 7 or the letters PC. It mimics the human hormone estrogen, and research has linked the chemical to fertility problems, impotence, high blood pressure and heart disease, as well as concerns over problems caused by fatal exposure to the drug. BPA is banned in several states and in the EU for use in baby bottles but is still widely used in rigid clear plastics such as water cooler bottles. Other studies into the impact of prenatal exposure to plastic additives such as phthalates found they triggered cognitive development problems such as lower IQ, hyperactivity and attention issues.

Other researchers have focused on the damage caused to marine life when they eat these fibers, with animals from plankton to crabs and fish confusing them for food, and suffering reduced food consumption and energy levels as a result.

“This is a really tough issue because it’s a global problem with no obvious solution and yet, like climate change, it’s everybody’s responsibility,” says Katie Christiansen, who leads various environmental research project for Montana-based not-for-profit Adventure Scientists. “Government and manufacturers are really important because they have an outsized impact on the result, but without the pressure from consumers there is no motivation for them to change.”

There are things we can do in our own homes to make a difference, she tells me. Common sense says we should simply wash clothes only when really necessary, and fiber-collecting devices such as the Cora Ball or Guppy Bag have been shown to help.

But is it better to keep wearing and washing an old synthetic garment, or buy a new one? Does a cheap synthetic garment shed more fibers than an old, high quality synthetic fabric? There simply isn’t enough research to say, though we do know that fast fashion is an enormous contributor to global pollution.

Buying clothes exclusively made of natural fibers is one option, but cultivating more cotton or grazing more sheep has its own environmental consequences. Plus we’ve become reliant on synthetic fibers for things like waterproof clothing and performance gear. A few companies are offering high-performance alternatives, making running gear from Colorado merino wool, or waxed cotton jackets that can stand up to the elements. Still, it’s going to take some convincing to get most people to ditch their kids’ rain jackets.

I’m hardly a walking advert for fast (or indeed any kind of) fashion, but we have cut down on the quantity of new clothing we buy and get much of it secondhand. We wash our loads cold using a Cora Ball, and I try to encourage my kids not to use their clothes as napkins so that we can get another day’s wear out of them. We now dry our clothes outside on a line so they don’t get beaten up as much. (Despite our near perfect drying weather I feel like the only person in my northern California neighborhood that does this. In England most of our neighbors dried their clothes outside, doggedly leaving it out for a week in the hope it would actually dry between rainstorms.) I’m also about to invest $140 in a washing machine filter. But – will any of this help?

Few researchers have studied microfibers longer than professor Richard Thompson of the University of Plymouth in the UK, who began exploring microfibers as part of his work on plastic pollution 18 years ago. Working with PhD Imogen Napper in 2016, their research found that as many as 700,000 fibers could be released in a single standard washing machine load. By far the biggest factor, he tells me, is the type of fiber: a poly-cotton blend releases about 137,000, polyester about 500,000 and acrylic more than 700,000.

“The evidence so far is that we could achieve a lot through better design,” Thompson says. “It’s fundamental. Think about what happened with microbeads in cosmetics – some individual containers had 3m microbeads in them. Did nobody at the design stage ask where those would all go? With clothes, we need a better understanding of how to design them to last longer and shed less.”

Some clothing companies are taking the issue seriously. Patagonia, which has commissioned research on microfiber pollution, said it was working to develop an industry standard for measuring fibers shed from clothing during washing. Elissa Foster, the head of product responsibility, told me they hope to help manufacturers make more informed decisions about the fabrics they choose.

Meanwhile, a handful of Japanese manufacturers have already outfitted their washing machines with microfiber filters, though US and European firms seem slow off the mark. When I asked Whirlpool if it was planning to add filters to its machines, it said it met all legal requirements and has asked both clothing manufacturers and consumers to consider sustainable fabrics. Which seems to suggest they won’t be adding filters unless there’s a change in the law or unavoidable consumer pressure.

After 20 years researching this issue, Thompson says the view of industry and academia is united; the focus should be on stopping the flow of microfiber pollution into the oceans. How, exactly, that happens to open to debate, he says. “The gaping hole is the specifics of what we do about it.” He points to some estimates that microplastic pollution could triple by 2025, and is adamant that rather than trying to hoover up plastic in the oceans, we should be focusing 95% of our efforts on turning off the tap. “Otherwise we are saying it’s acceptable to litter, and condemning our children’s children to another generation of littering. I don’t think that’s sufficient. The priority should be to reduce the flow of plastic to the ocean.”

For now, I’m doing what I can at home. When I ask Thompson what he thinks about washing machine filters, he’s cautious because there has not been much research about their efficacy. Eventually he says I should just give it a try, but politely reminds me not to clean the filter by – yes – rinsing it down the sink.