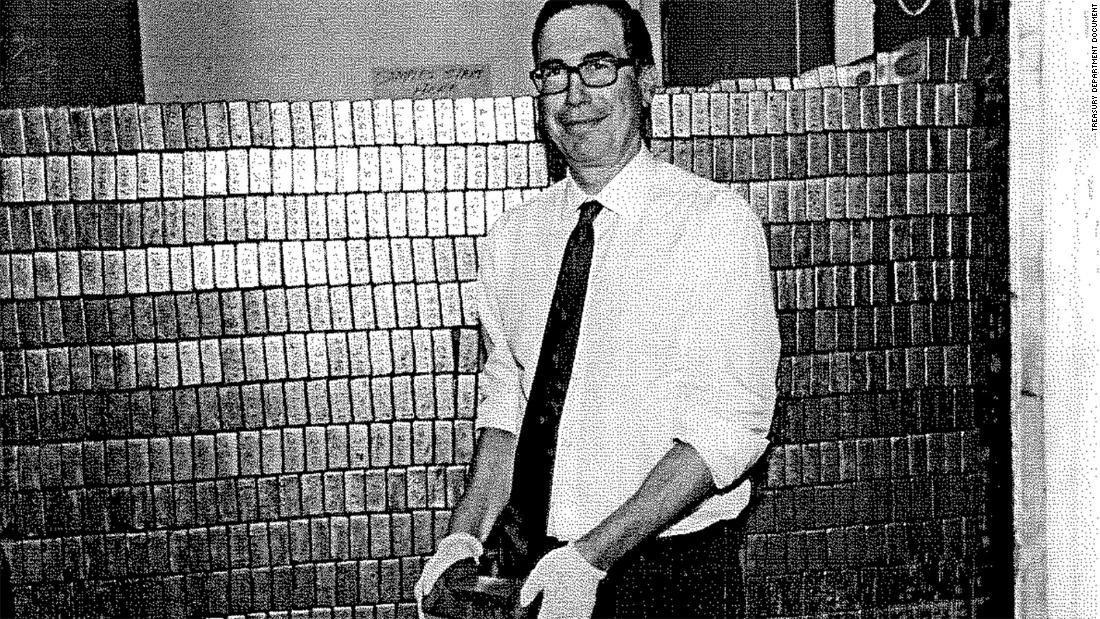 Mnuchin said he visited Fort Knox with Kentucky elected officials to review the bullion depository containing government-owned gold, and the inspector general said it found no evidence of wrongdoing or that the trip “was chosen to coincide with the solar eclipse.”
When Mnuchin aides began planning the trip in June, they requested the Federal Aviation Administration provide an eight-passenger jet. The quote: $17,486.29.
Instead, Treasury officials requested a C-40 military aircraft, and the group ended up using an Air Force C-37B at a cost of $26,900.25, the records show — about $9,400 more than the FAA plane.
The inspector general’s report explained the reason behind the switch as “there was concern that the available FAA aircraft, a Cessna Citation, would be unusable if the runway at Godman Army Airfield (Ft. Knox’s facility) was wet,” but noted that “we have not independently verified this assertion.” The newly released internal treasury emails offer no discussion of the possibility of a wet runway. 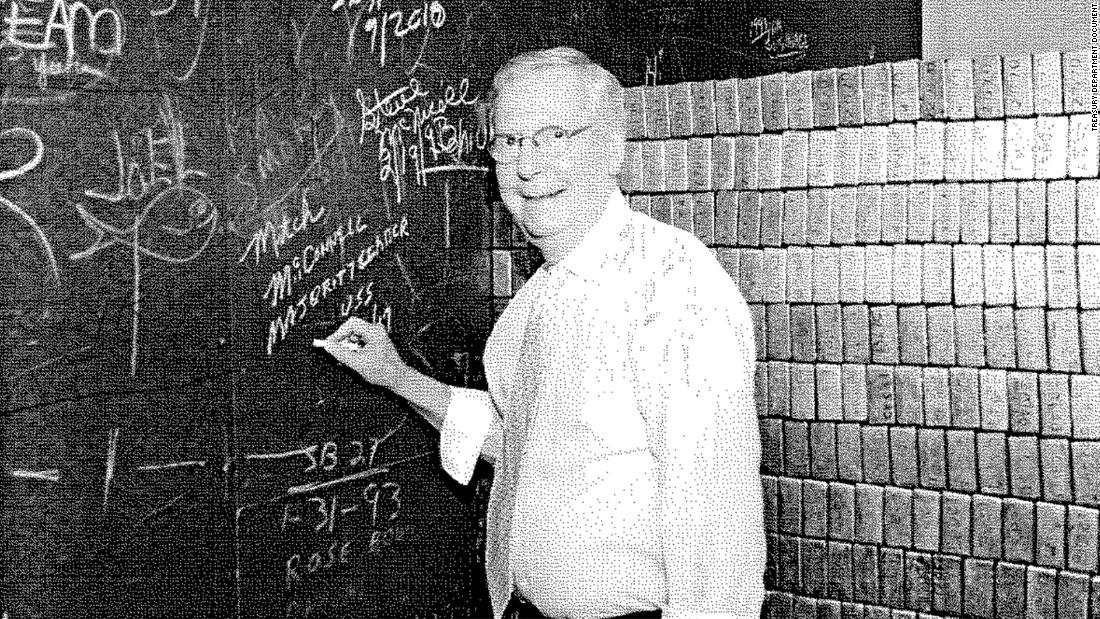 The email communications also do not reveal why the trip was rescheduled for the day of the eclipse, but the inspector general’s report notes that “six dates in mid-August were proposed to Leader McConnell and August 21 worked for everyone.”
Mnuchin has said he was not interested in the eclipse, but US Mint officials who hosted the visit went to the trouble of obtaining special glasses to protect viewers from eye damage. His aides scheduled the viewing for the best 15 minutes of the eclipse, and provided detailed notes in a briefing on the trip.
“Mint staff will lead the VIPs and their staff members to the roof of the facility to view the solar eclipse. Fort Knox is approximately 142 miles north of the ‘Path of Totality,’ ” the notes read. “The solar eclipse is projected to reach its maximum viewing potential at 2:30 pm. The Mint has procured viewing glasses for VIPs and their staff to view the eclipse safely.”
When it released the documents on Thursday, the Treasury Department took the unusual step of including a news release, which said Mnuchin had asked for the viewing to be canceled.
“Staff at the Mint had originally suggested that the delegation watch the eclipse from the roof of the Depository,” the statement reads. “Prior to the trip, the Secretary requested to cancel that part of the tour, however it inadvertently was left on the schedule. Upon realizing the schedule error on the way to Ft. Knox, the Secretary agreed to the delegation watching the eclipse briefly from outside the facility before entering.”
Senate Majority Leader Mitch McConnell, a Kentucky Republican who also attended, brought the trip to public attention that day when he posted a photo online that showed him holding the eclipse glasses. The news came at the time another official in President Donald Trump’s Cabinet, then-Health and Human Services Secretary Tom Price, was in the spotlight for spending $1 million for travel on private jets and military aircraft. 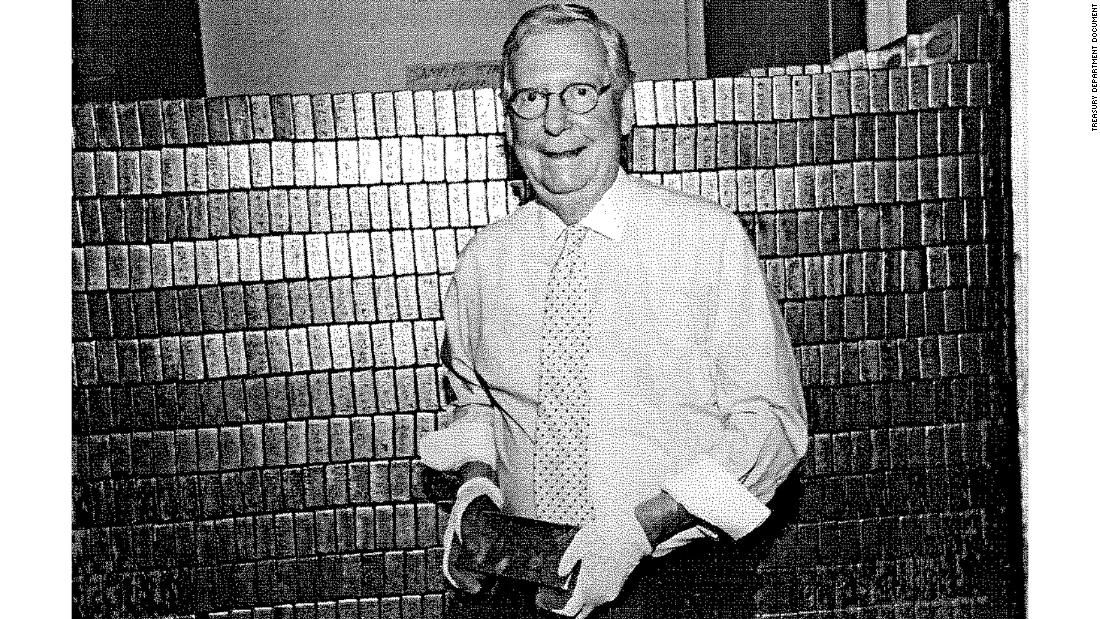 Other Cabinet officials, including Environmental Protection Agency Administrator Scott Pruitt and Interior Secretary Ryan Zinke, would also come under scrutiny for their travel practices. The inspector general opened a review of Mnuchin’s travel spending that noted his staff requested a government plane for his honeymoon.
The honeymoon plane request — for a nine-day itinerary that included stops in Scotland, France and Italy — was among the records released Thursday.
“Throughout the trip, the Secretary needs to be able to monitor issues [redacted], and participate in scheduled [redacted] Secure Calls and potential NEC/NEC-PC meetings, among other Treasury responsibilities,” the request reads. It notes Treasury has “researched access to secure communications” and says another option, which was redacted, “would be substantially more costly to the USG than use of MilAir support.”
“A MilAir aircraft appears to be the most cost-effective means to ensure access to secure communications during this trip — both on-the-ground and in-transit,” the request continues.
Mnuchin later said the honeymoon request “had nothing to do with convenience,” and a Treasury spokesman said the request had been withdrawn “after a secure communications option was identified during the Secretary’s extended travel.”
The documents also include new details about Mnuchin’s activities at Fort Knox, where the Treasury stores a stockpile of gold with a market value it estimates at $190 billion. The vaults were last opened to the public in the 1970s, and the last treasury secretary visit was in 1948.
“Glad the gold is safe!” Mnuchin posted online after the visit. 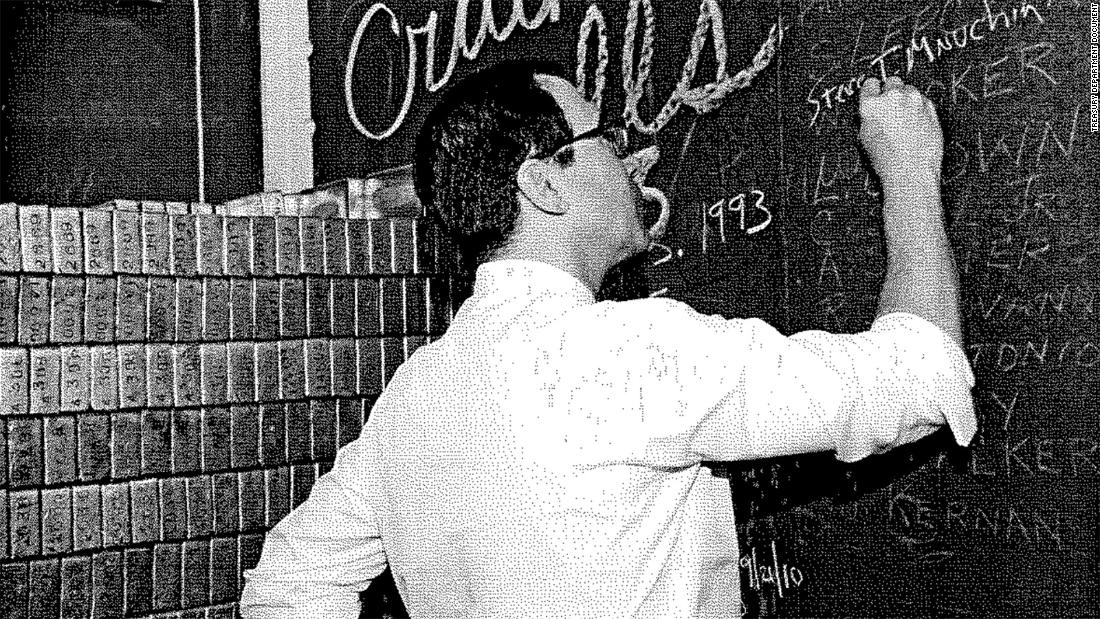 Following the eclipse viewing, Mnuchin, McConnell and a small number of other VIPs were allowed into storage compartments to see and hold the gold. They were accompanied by three Mint officials, including the “Chief of Mint Police,” who the schedule notes were required by federal regulations to attend.
“The two staff members from the IG [inspector general] and Mint will provide gloves to each VIP so they may handle one of the bars of gold,” the schedule reads. “A photographer from the Mint will be present to take photos each VIP standing inside the compartment holding a bar of gold with 25,000+ more bars of gold directly behind them.”
The gold bars may not be removed, it notes, but “each VIP will be given ample opportunity to see, inspect, and handle the gold while inside the compartment.” 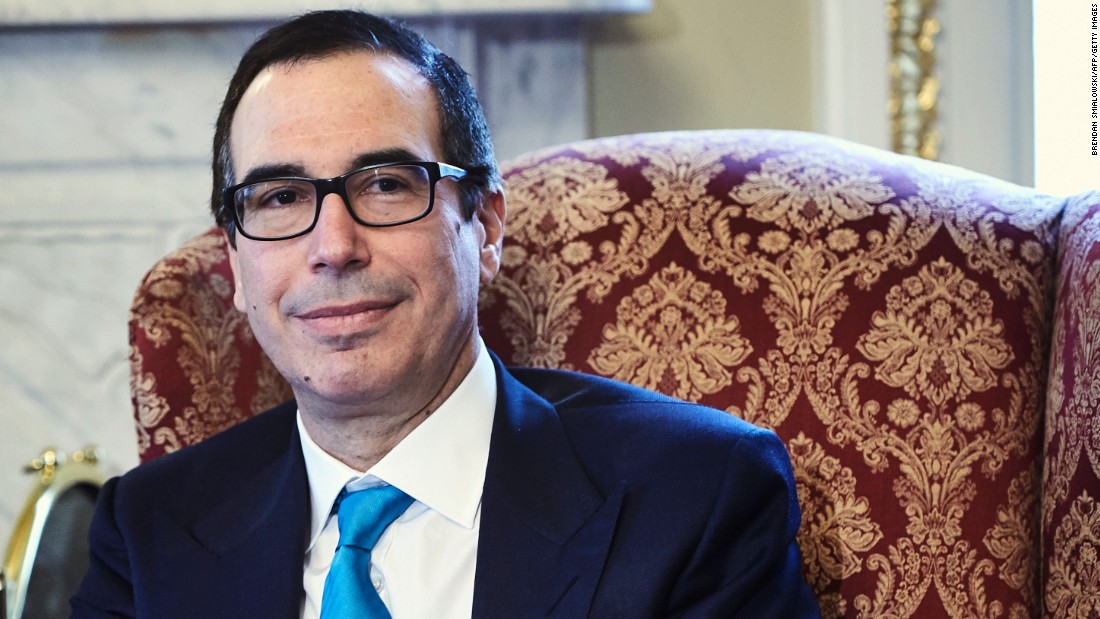 Blurry black and white copies of the photos were released with the documents. They show Mnuchin, McConnell and others holding bars of gold, and signing their names on a wall. The Freedom of Information Act office did not respond to a request for copies of the original photos, and a Treasury spokeswoman declined to provide them.
At the end of the tour, Mint and inspector general officials performed a multi-step process “to re-seal of the compartment.” All members of the group were required to “go through the general screening process” when entering and exiting the depository building. The documents note the screening process required each guest — including Mnuchin — to bring photo identification, such as a driver’s license.