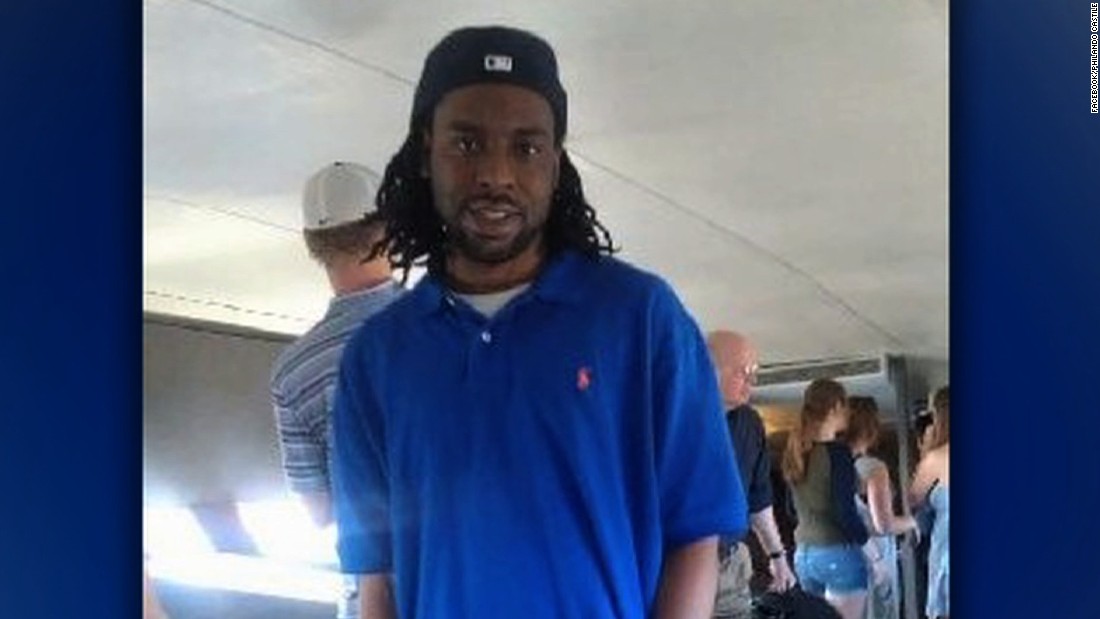 (CNN)The family of Philando Castile, who was shot and killed last year by a St. Anthony, Minnesota police officer, has reached a $3 million settlement with the city, according to a statement from the city and lawyers for the family.

Jeronimo Yanez, who is leaving the force, was acquitted June 16 of second-degree manslaughter and two counts of intentional discharge of a firearm that endangers safety. Castile was killed July 6 during a traffic stop, and his girlfriend streamed the shooting’s aftermath on Facebook Live. 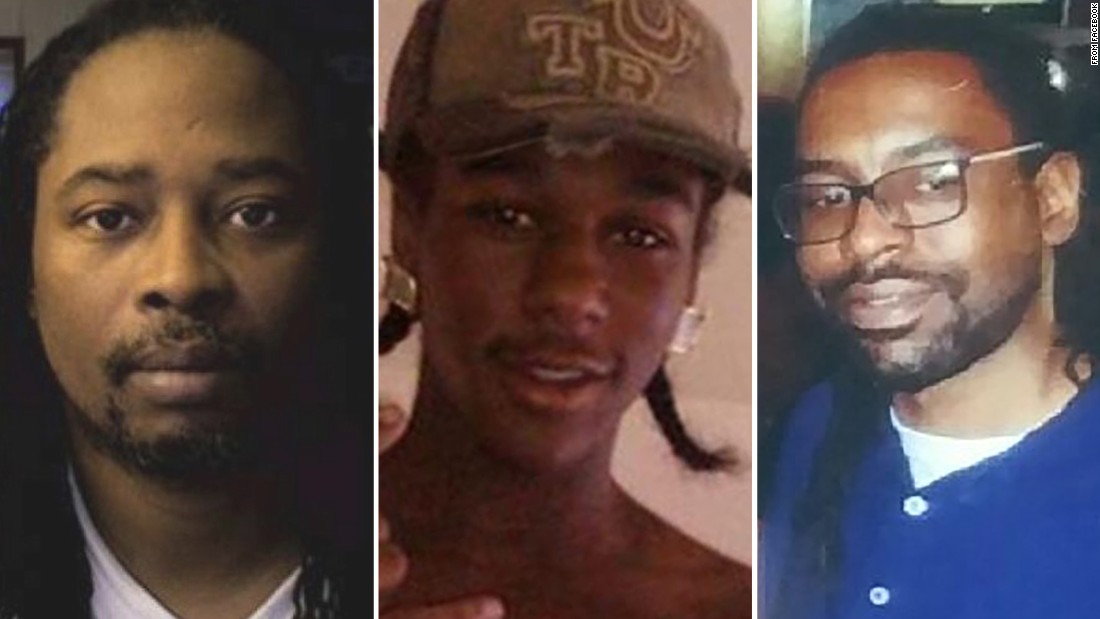 “The death of Philando Castile is a tragedy for his family and for our community,” the statement said. “The parties moved expeditiously to resolve potential civil claims resulting from this tragedy in order to allow the process of healing to move forward for the Castile family, for the people of St. Anthony Village, and for all those impacted by the death of Philando Castile throughout the United States.”
“No amount of money could ever replace Philando. With resolution of the claims the family will continue to deal with their loss through the important work of the Philando Castile Relief Foundation.”
The announcement comes a week after the family of Michael Brown, who was shot and killed in 2014 by a police officer in Ferguson, Missouri, reached a settlement in its wrongful death lawsuit against that city.
Brown, who was black, was killed by then-Officer Darren Wilson, who is white. The incident sparked outrage and protest across the country. An investigation by the Justice Department into the incident brought no charges against Wilson, who argued he shot Brown in self-defense as Brown charged at him.
Details of that settlement were not made public, though the original lawsuit shows the Brown family sought punitive and compensatory damages in excess of $75,000, in addition to attorney’s fees.
Castile’s death came one day after the fatal police shooting of Alton Sterling in Baton Rouge, Louisiana, which was partly captured on bystander video and sparked widespread protests.

A more complete picture of what transpired during the July 6, 2016 traffic stop involving Castile was captured by police dashcam video and radio transmissions, which were released June 20. 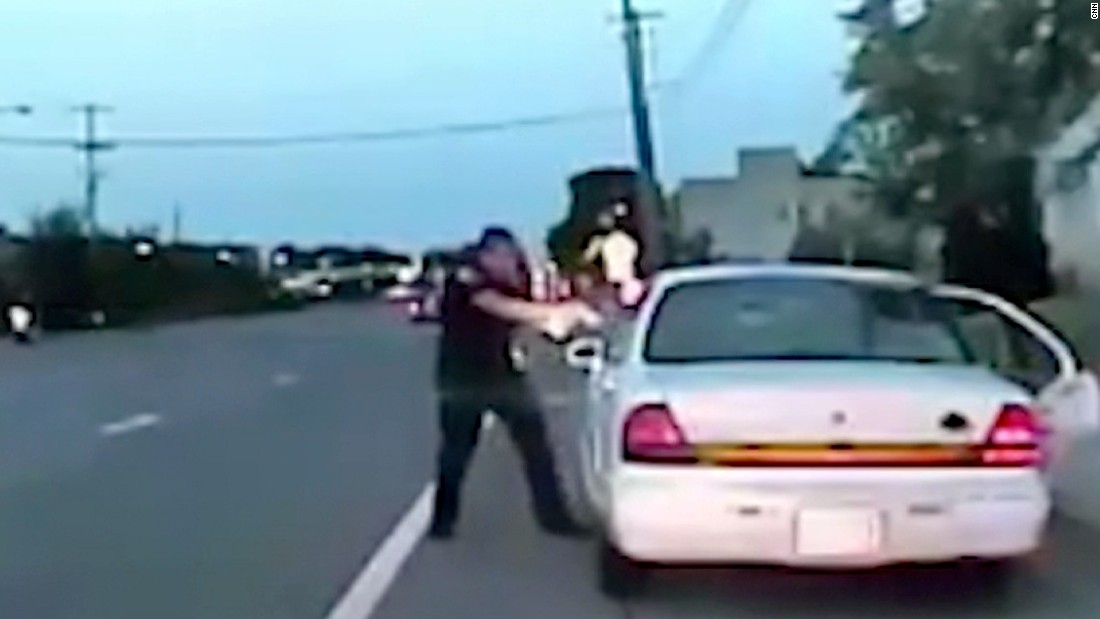 The nearly 10-minute video shows Yanez pulling over Castile on a wide street on a clear summer evening. Yanez approaches the white 1997 Oldsmobile and leans in to speak through the driver’s window. Another officer approaches but stands farther away on the passenger side.
The video does not show Yanez’s point of view or the inside of Castile’s car, where his girlfriend Diamond Reynolds and her 4-year-old daughter were passengers.
Yanez asks for Castile’s driver’s license and insurance, the video shows.
Thirty seconds into the conversation, Castile begins to tell Yanez that he has a weapon.
Castile: Sir, I have to tell you I do have a …
Yanez: OK.
Castile: … firearm on me.
Yanez: OK.
Castile: I (inaudible)
Yanez: Don’t reach for it then.
Castile: I’m, I, I was reaching for …
Yanez: Don’t pull it out.
Castile: I’m not pulling it out.
Reynolds: He’s not.
Yanez: Don’t pull it out.
Yanez, whose hand had been near his gun, pulls out his weapon and fires seven rapid shots into the car, striking Castile five times.
Reynolds: You just killed my boyfriend.
Castile: I wasn’t reaching …
Reynolds: He wasn’t reaching.
Yanez: Don’t pull it out!
Reynolds: He wasn’t.
Yanez: Don’t move! (Expletive.)
Yanez is then heard shouting obscenities and breathing heavily as the tape continues.
Reynolds begins sharing a live video on Facebook, narrating in calm tones. She is told to exit the car and walk backward to an officer.
Officers are seen removing Castile from the car, placing him on the street, and treating him. 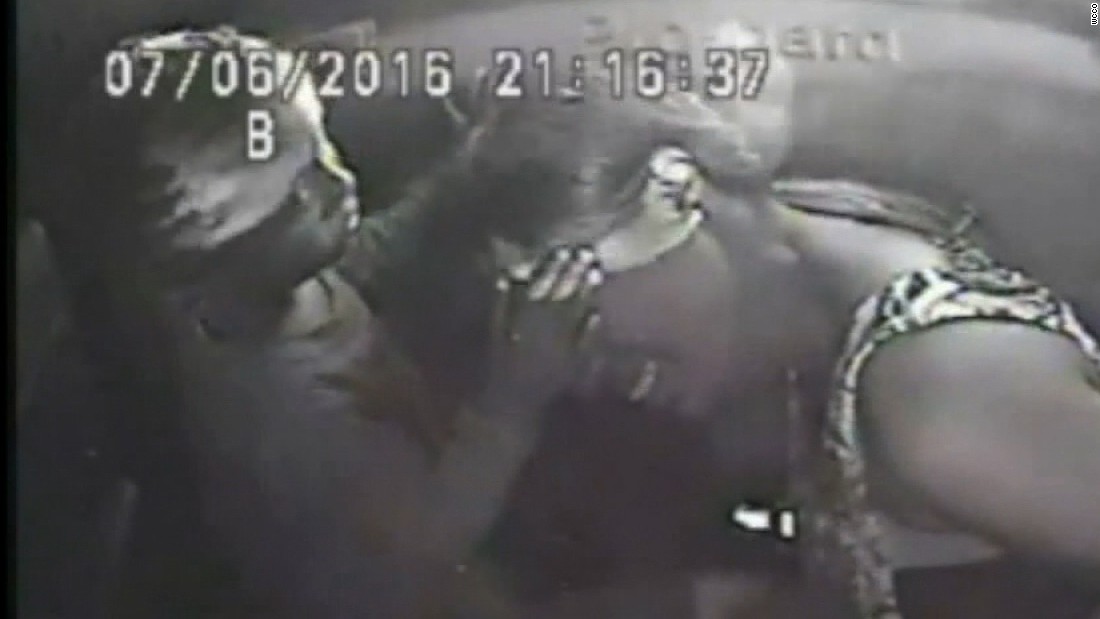 Another police camera captured Reynolds and her child in the back of a police car after the shooting. It shows the little girl trying to comfort her mother.
“Mom, please stop cussing and screaming,” she says, “I don’t want you to get shooted.”
Reynolds replied, “OK. Give me a kiss.”
The child, with braids in her hair, leans over to peck her mom on the cheek.
She also tries to reassure her mother many times, wrapping her arms around her mother and telling here: “It’s OK. I’m right here with you.”
“I can keep you safe,” she says, placing her hands on Reynold’s neck and face.

‘I thought I was going to die’

Yanez testified at his trial that Castile put his hand on his firearm, not his wallet or identification papers, and was pulling the gun from his pocket. 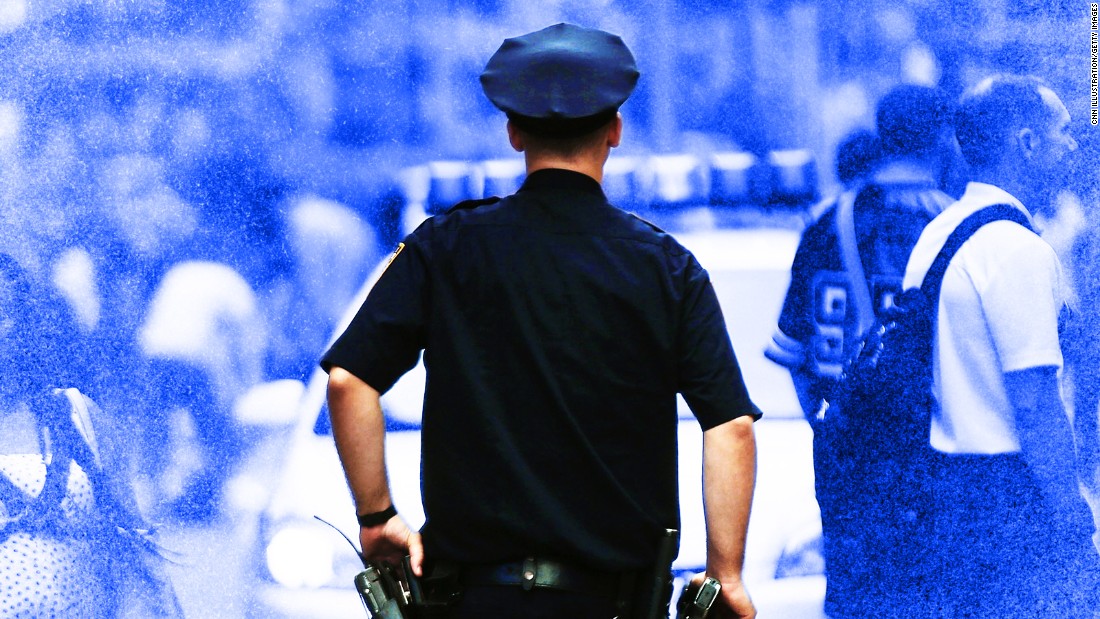 “I didn’t want to shoot Mr. Castile,” Yanez testified. “That wasn’t my intention. I thought I was going to die.”
Castile’s fully loaded gun was found in his shorts pocket, Ramsey County prosecutors said.
Yanez said he smelled burnt marijuana as he approached the car, according to a criminal complaint that details an interview he gave the day after the shooting.
“I thought … if he has … the guts and the audacity to smoke marijuana in front of the 5-year-old girl and risk her lungs and risk her life by giving her secondhand smoke and the front seat passenger doing the same thing then what, what care does he give about me,” Yanez said.
The officer said he “had no other option” except to shoot.