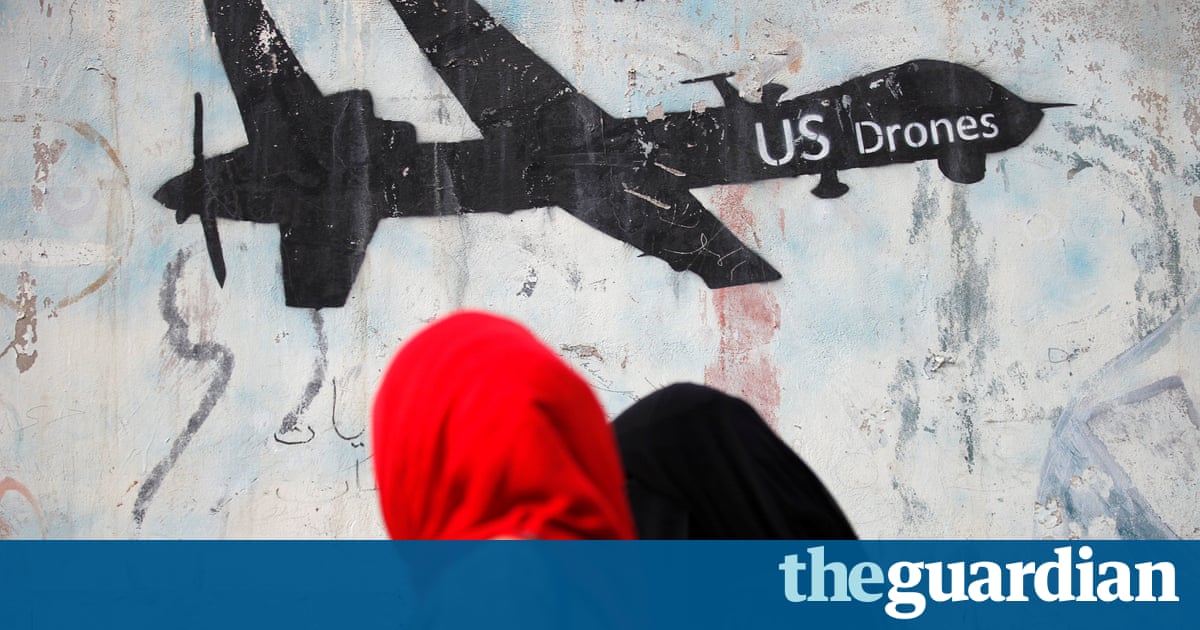 Donald Trumps administration is considering a military proposal that would designate various undeclared battlefields worldwide to be temporary areas of active hostility, the Guardian has learned.

If approved, the Pentagon-proposed measure would give military commanders the same latitude to launch strikes, raids and campaigns against enemy forces for up to six months that they possess in Iraq, Afghanistan and Syria.

The proposal would in effect unravel a highly controversial bureaucratic structure for launching lethal assaults, such as drone strikes and counter-terrorism raids, set up by Barack Obamas White House.

Under Obamas structure, known as the Presidential Policy Guidance (PPG), the president and his counter-terrorism adviser at the National Security Council played a substantial role in approving life-or-death strikes on suspected terrorists on undeclared battlefields such as Yemen, Pakistan and Somalia.

The Pentagons proposal would push those authorities down to military commanders during the 180-day lifespan of the temporary designations, according to an administration official familiar with the proposals, who described Obamas PPG as, functionally, a dead letter.

Accordingly, the proposal would lower a threshold for ensuring the safety of civilians in such strikes, from a near certainty that civilians would not be harmed to reasonable certainty, similar to the standard on official battlefields.

It is unclear from the proposal, described by an administration official, how many countries would be designated temporary zones of active hostility. It is similarly uncertain how such designation would square with the War Powers Resolution, a much-eroded 1973 law that permits presidents to launch military hostilities for 60 days before needing congressional approval.

This takes Trump out of approving [operations] mission by mission.

Similarly, unraveling the PPG and loosening its standards for launching strikes and avoiding civilian casualties is likely to be difficult in practice, said Micah Zenko, who studies counter-terrorism at the Council on Foreign Relations.

Its embedded in the bureaucracy and in targeting practices by the US air force, Zenko said, though there are lots of ways to change policy without formal guidance.

The New York Times, which first reported elements of this story, found that areas within Yemen and soon Somalia were the first such designations of the temporary battlefield designations.

The Pentagon, which did not reply to a request for comment, is said to be seeking the change in order to gain greater operational flexibility over the sprawling battlefield worldwide.

In February, the Guardian reported a debate within senior levels of the military about designating Yemen an active battlefield, with the attendant devolution of responsibilities to ground commanders and a swifter operational pace to combat the local al-Qaida affiliate.

The Trump administration should use lethal force only when there is a near certainty or a similarly high standard that no civilian harm will occur, the ex-officials wrote in a 10 March letter to the Pentagon chief, James Mattis, as well as urging the requirement of a near-certainty or a similarly high standard that [a counter-terrorism] target has been accurately identified and is present.

Trump is currently considering a palette of military proposals to accelerate the war against the Islamic State (Isis), an ambition he voiced frequently on the campaign trail. It is not clear if the temporary designation of active battlefields will be part of that initiative or a separate one.

Even before adoption of any of the new aggressive proposals, Trump has shown a willingness to escalate the sprawling US wars against al-Qaida and Isis, despite occasionally positioning himself during the campaign as a peace candidate.

In Syria, approximately 400 US marines armed with heavy artillery have arrived to support an assault on Isiss capital, Raqqa, that is expected in the coming weeks. In Afghanistan, commanders have signaled a desire for a troop augmentation totaling in the low thousands.

In Iraq, with the final Isis stronghold in western Mosul expected to fall soon, the US and Iraqi governments have expressed an interest in an enduring US troop presence in Iraq, the wars commander, army Lt Gen Stephen Townsend, told reporters on 1 March.

And in Yemen, in addition to a fateful raid that left several children and a Navy Seal dead, Trump has sharply accelerated drone-launched bombings.

OConnell, the Notre Dame professor, noted that temporarily designating a battlefield to be an active combat zone carried a host of second-order effects for US troops operating there, from expanding authorities to capture detainees to creating combat-pay claims for service members.

Should the temporary designations proposal win Trumps approval, OConnell said, it was unlikely Trump would seek a new Authorization to Use Military Force (AUMF), a controversial wellspring of legal authority for US military operations. Congress passed the current AUMF days after 9/11. Its critics in and outside of Congress have long argued that its powers are stretched beyond their limits to confront a now obsolete version of the terrorist threat.