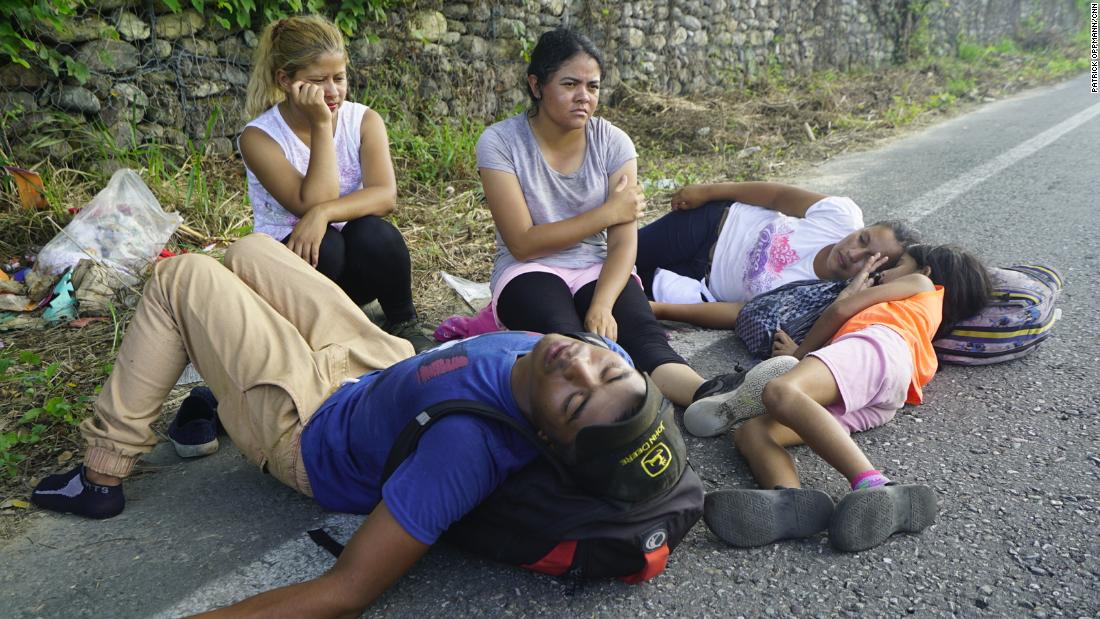 Washington (CNN)President Donald Trump is sending 5,200 troops and a slew of military equipment to the southern border, doubling down on one of his favorite base-rallying issues with the midterm elections just days away.

The migrants, who are some 900 miles away from the border, are weeks away from arriving at the border where many reportedly plan to seek asylum.
“Our concept of operations is to flow in our military assets with a priority to build up southern Texas, and then Arizona, and then California,” Gen. Terrence John O’Shaughnessy said Monday, adding that the soldiers normally assigned weapons will be carrying them at the border. “We’ll reinforce along priority points of entry, so as to enhance” the ability of Customs and Border Protection officers to “harden and secure the border.”

‘Our message … is simple’

The Pentagon will also send medical units, command posts, military police units and strategic airlift capabilities, including four large transport aircraft for deploying CBP personnel and helicopters equipped with sensors to operate at night.
There is already enough concertina wire at the border to cover 22 miles, O’Shaughnessy said, with another 150 miles worth available. The general also told reporters that “everything we are doing is in line with and in adherence to Posse Comitatus,” the federal statute that forbids the use of the military to enforce domestic law.
The troops will supplement extra CBP officers, Border Protection Commissioner Kevin McAleenan said. Speaking in Washington with O’Shaughnessy, the commissioner said that DHS has “at the ready 1,000 CBP officers, including 250 tactical enforcement officers and mobile response team professionals” with training in managing contingencies, including riot control.
“Our message to the organizers and participants in the caravan is simple,” McAleenan said. “We will not allow a large group to enter to United States in an unsafe manner.”
Neither McAleenan nor O’Shaughnessy addressed what the extra deployments will cost taxpayers. 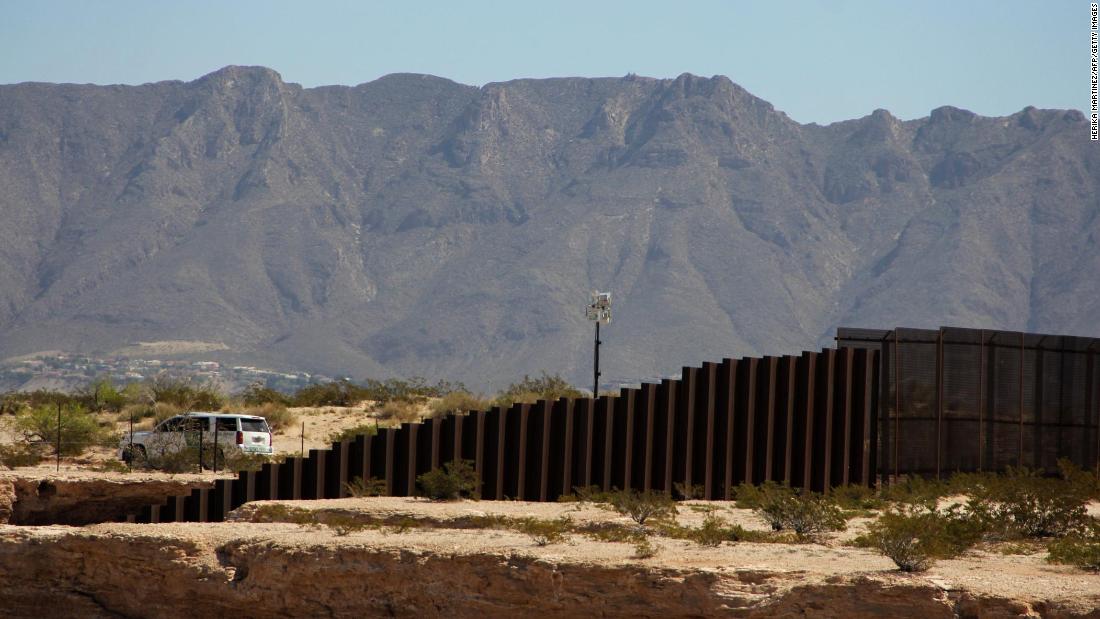 Critics decried the move as a political stunt meant, in part, to distract from “a serious attempted political assassination and media bombing campaign, and religious and racially motivated shootings.”
Neera Tanden, president of the Center for American Progress, Rabbi David Saperstein, a former ambassador at large for international religious freedom, and Henry Fernandez, a senior fellow at the Center for American Progress, said in a statement that “President Trump is manufacturing a crisis around the caravan for political gain — to stoke fears and garner votes for the midterms.”
The migrant group, they said in a statement, is hundreds of miles away from the US border, is “not threat to the country, it is shrinking in size, unarmed, and filled mostly with women and children. We have laws in place if the migrants reach the border.”
“We are currently facing real threats, a series of hate crimes and hate-filled violence,” they added, pointing to the package bombs sent to prominent Democrats and to CNN, as well as the shooting at a Pittsburgh synagogue and a white man’s killing of two black men in Kentucky.

“Instead of talking about the real threats and actual murders of innocent Americans, President Trump is doing his best to turn the nation’s attention elsewhere for political purposes,” the three wrote. “Trump and his allies on Fox News are consistently lying to position the caravan as a threat and to stoke their base.”
Shaw Drake, a policy counsel for the American Civil Liberties Union, noted that the military is legally barred from engaging in immigration enforcement, and that the asylum-seeking migrants are exercising a right that is protected by international and domestic law.
Trump has repeatedly warned of dangers related to immigration and of specific but unsubstantiated threats posed by the migrants, who are still weeks away from the US border.
Trump tweeted Monday that the group of Central Americans includes “gang members and some very bad people.”
The tweet to the President’s 55.5 million followers came just two days after a man with virulently anti-immigrant views, who referred to immigrant “invasions,” killed 11 people in a Pittsburgh synagogue.

“Please go back,” Trump tweeted Monday to the migrants, who are some 900 miles away from the border and moving at a pace of 20 to 30 miles a day. “You will not be admitted into the United States unless you go through the legal process. This is an invasion of our Country and our Military is waiting for you!”
The migrants are seeking asylum, which can be applied for only once someone seeking protection from persecution or fleeing violence in their home country is inside another country or is at the border.
“Operation Faithful Patriot” is expected to start on November 5 and last until December 15, a defense official told CNN. The current plan is to send the additional active duty troops to Brownsville, Texas, Nogales, Arizona and likely near San Diego, California.
Asked Monday whether the administration was considering closing the southern border, White House spokeswoman Sarah Sanders said, “we have a number of options on the table and we’re exploring those.”
The troops will include deployments from Fort Campbell and Fort Knox in Kentucky, O’Shaunghnessy said.
A US official told CNN that verbal orders went out this past weekend to some units and that additional written orders started Monday. The official added that some troops were already moving and that their number could increase or decrease as needs are assessed. 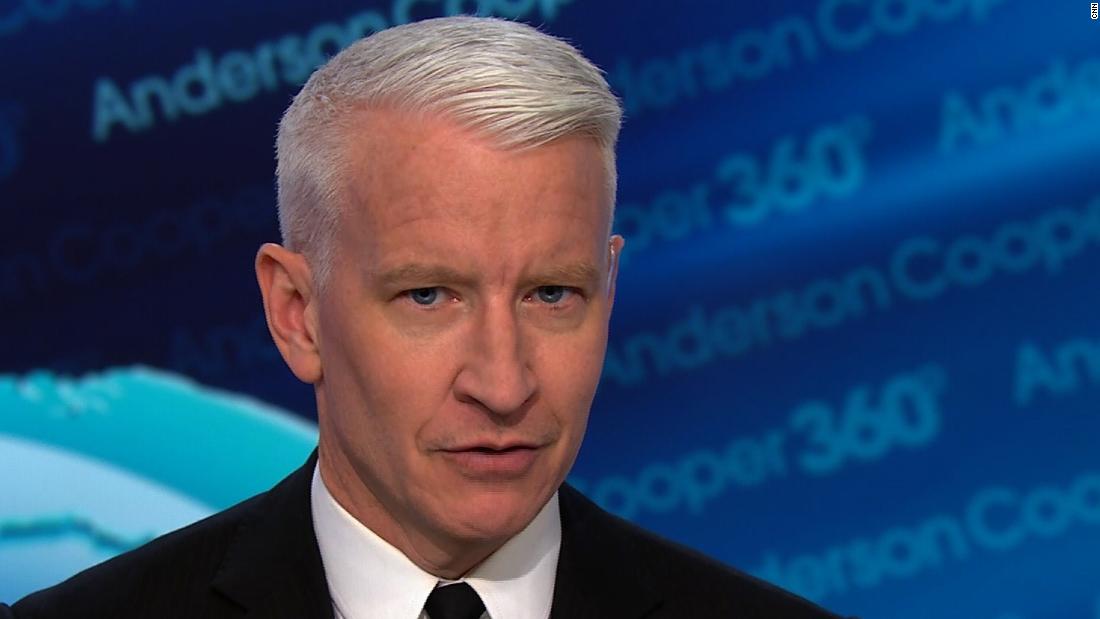 Last week, CNN reported that the US could send 800 or more troops to the border. On Monday, O’Shaughnessy said 800 soldiers “are on their way to Texas right now.”
Trump has said migrant groups will be a central issue of the campaign and has repeatedly linked them to Democrats. He threatened to cut off aid to Central American countries that allow the estimated 6,500 people fleeing Honduras, Guatemala and El Salvador to continue moving north.
The US official and a defense official emphasized the troops will be at the border to support civil authorities and that they are not expected to come into any contact with migrants. If the troops carry arms, it will be solely for self defense, the officials said.
Last week, Homeland Security Secretary Kirstjen Nielsen told Fox News that her agency had asked for defense department help to “bolster our capabilities” in an effort to avoid a repeat of clashes on the Guatemalan-Mexican border between some of the northbound migrants and Mexican troops. 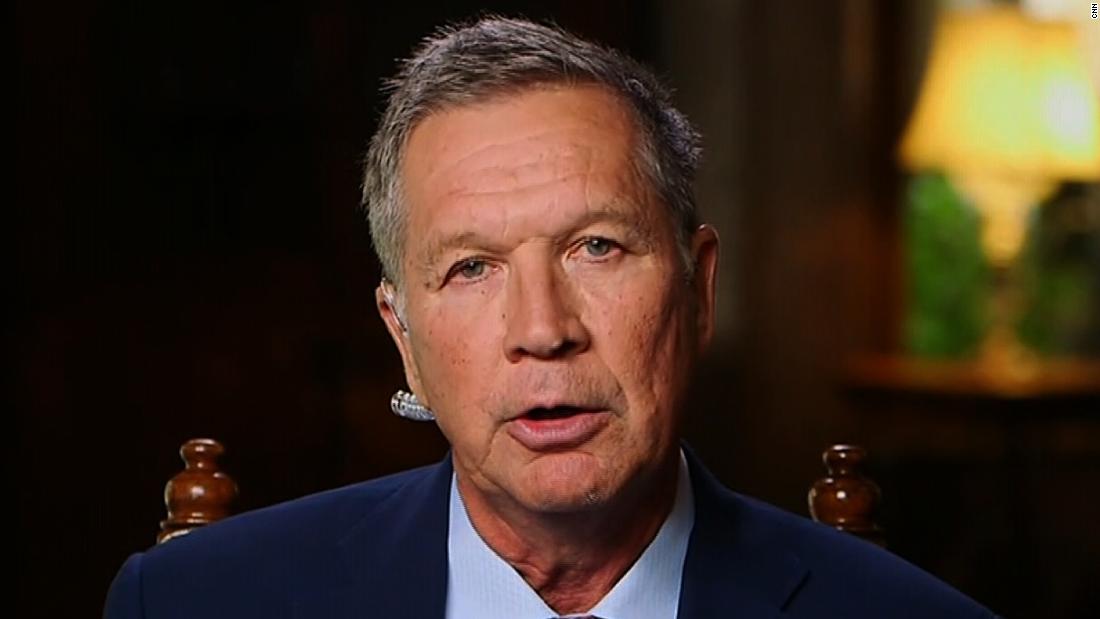 Kasich gets riled up: This isn’t America

Specifically, she said DHS has asked for air, engineering, logistics and planning support as well as vehicle barriers and “ways in which we can protect my officers and agents as well as the ports of entry themselves.”
This deployment is separate from an ongoing National Guard effort to support border authorities with technical assistance. There are approximately 4,000 personnel authorized for that mission, but only 2,100 are currently in place, according to the Pentagon.
Asked why the President felt to compelled to send additional troops to do essentially the same thing, Sanders told reporters Monday that the “President’s No. 1 job and No. 1 priority is to protect the safety and security of Americans, and he’s going to do what he deems necessary in order to do that.”