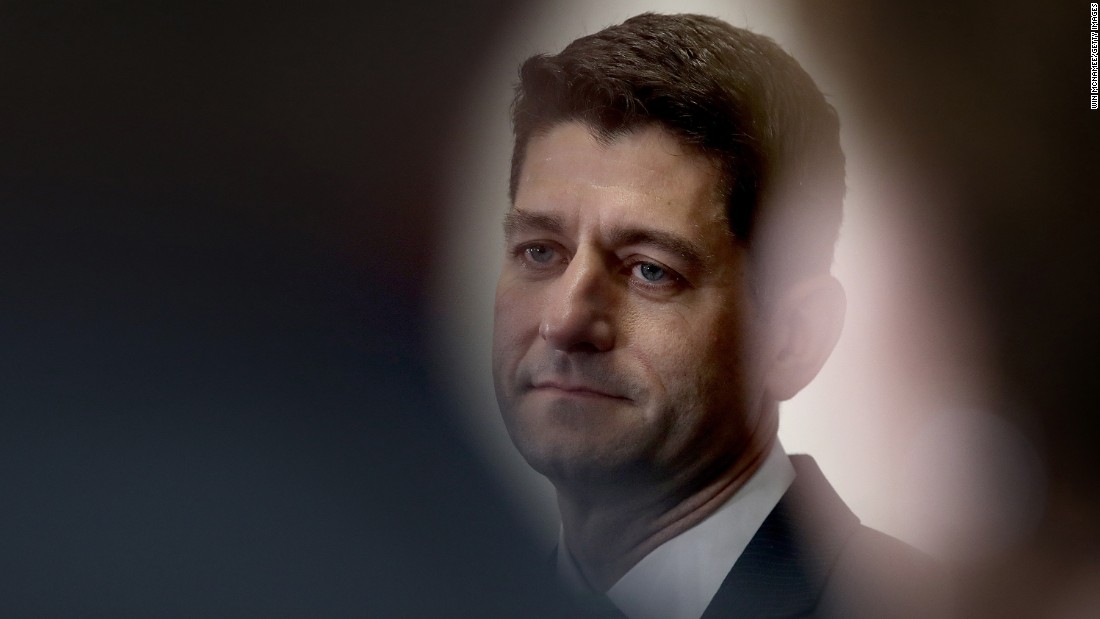 (CNN)House Speaker Paul Ryan said Wednesday he still has confidence in President Donald Trump, following a tumultuous 48 hours when the President has been criticized — including by those in his own party — about whether he asked then-FBI Director James Comey to end an investigation into former national security adviser Michael Flynn.

The Wisconsin Republican was asked on his way out of a news conference whether he still had confidence in Trump, and he responded, “I do.”
Ryan’s comments offer a small but significant amount cover from a high-profile Republican leader to the a President, who’s feeling heat from both parties after sources revealed Tuesday Comey wrote a memo in which he said Trump asked him to “move on” from investigating Flynn. Trump has seen few Republican lawmakers rush to his defense and many are publicly demanding answers from the executive branch.
Ryan told reporters and members of his conference that he wanted to have the facts before judging the memo.
“The last thing I’m going to do is pre-judge anything,” he said said during the news conference at the Republican National Committee. “I’m a person who wants to get the facts.”
Ryan essentially echoed this message in a closed-door meeting of House Republicans earlier Wednesday morning.
“We should take our oversight responsibilities seriously regardless of who is in power,” Ryan said, according to a GOP source in the closed-door meeting. “That means before leaping to judgment we get all the facts. (The oversight and government reform committee) has requested documents. And we’ll see where the facts lead.”
The news conference had been originally scheduled to discuss the Republican agenda on Capitol Hill. But given the bombshell news events since Ryan last went before the Washington press corps nearly two weeks ago, the questions did not focus on the major legislative effort he’s trying to pursue.
The House was in recess when Trump abruptly fired Comey last week. That was followed by a controversial meeting between Trump and high-profile Russian officials. The week ended with a volley of tweets from the President, including one threatening to release possible secret recordings of his conversations with Comey.
Less than a week after Comey’s firing, the explosive news cycle continued Monday night when the Washington Post first broke that Trump revealed highly classified information to the Russian foreign minister and ambassador during their meeting at the White House last week.
And then again, on Tuesday night, when the New York Times first reported that Comey wrote a memo in February saying that Trump asked him to end the probe of national security adviser Michael Flynn. CNN confirmed the details of that memo.
RELATED: White House struggles to answer GOP questions on Capitol Hill
During recess, Ryan made some public appearances and did an interview last Wednesday with Fox News, in which he largely defended Trump’s decision to let go of Comey. “Well I think the President lost patience and I think people in the Justice Department lost confidence in Director Comey himself,” he said.
Earlier that day, Ryan delivered in a speech in Ohio on tax reform, where he was chased by reporters asking him about the Comey story. He faced similar questions on Friday when he appeared at an event in Wisconsin, just hours after Trump put out a string of headline-making tweets.
“I’m going leave it to the President to talk about and defend his tweets,” Ryan said, stressing that he wanted to work on other issues, like health care and tax reform.
“Those are the things that I got elected to do,” Ryan added. “Those are the things that are within our purview in Congress. So I’m working on making sure that we make good on our promises and fix people’s problems. That’s what’s in my control, and that’s what I’m focused on.”
It’s an effort he’ll continue Wednesday when he, alongside Rep. Kevin Brady, will talk about tax reform, another big agenda item for House Republicans following the their passage of the health care bill earlier this month.
The House Ways and Means Committee, which Brady chairs, holds its first big tax reform hearing Thursday. Meanwhile, Treasury Secretary Steve Mnuchin and White House National Economic Council Director Gary Cohn will meet with the moderate Tuesday Group.
Along with Russia and Comey-related inquires, Ryan could also face questions about the health care bill, which is now making its way through the Senate. Republicans in the upper chamber, however, have shown little confidence in the bill and have signaled that they’re starting from scratch with their own bill.
RELATED: Republicans and Democrats try to launch bipartisan effort on health care
Republican senators have also expressed some frustration with questions of credibility now surrounding the White House while simultaneously derailing the GOP agenda and messaging.
“It never helps,” Sen. Mike Rounds told reporters with a tinge of frustration, as he rushed into an elevator.
Sen. Marco Rubio said the situation and its distractions are “certainly it’s less than ideal, but it is what it is.”
According to Sen. Jeff Flake, it’s the new normal.
“Well, whenever there’s drama going on over there, it’s tougher for the agenda here,” the Arizona Republican told reporters. “But I suppose it’s going to continue, so we’ll have to get used to it.”
Asked by a reporter how Congress can help keep the White House focused on the legislative issues at hand, Sen. Richard Shelby described it as perennial problem.
“I guess that’s the task no matter who’s in the White House and who’s in Congress,” he said.