The Paris attackers werent Syrian, and they didnt use encryption, but the US government is still utilizing the carnage to justify attempts to ban them both 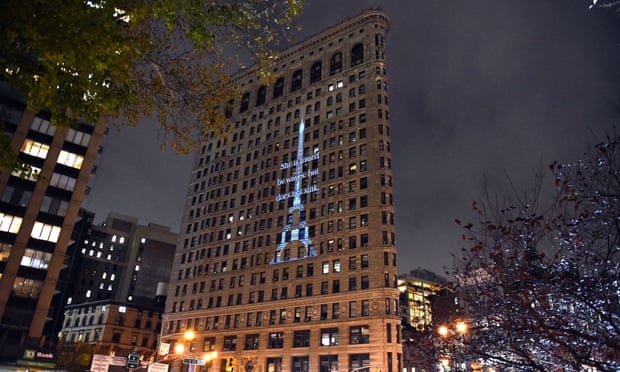 The aftermath of the Paris terrorist attacks has now devolved into a dark and dishonest debate about how we should respond: lets ban encryption, even though theres no evidence the terrorists used it to carry out their crime, and lets ban Syrian refugees, even though the attackers were neither.

Its hard to overstate how disgusting it has been to watch, as proven-false rumors continue to be the basis for the entire political reply, and technology ignorance and full-on xenophobia now dominate the discussion.

First, theres the loud we need to ban encryption push that immediately spawned hundreds of articles and opinions strongly pushed by current and former intelligence officers the day or two after the two attacks, despite the government softly acknowledging there was no evidence that the attackers utilized encryption to communicate. It was a masterful PR coup: current and former intelligence officers got to sit through a series of fawning interviews on television where they were allowed to pin any of their failings on Edward Snowden and encryption the bedrock of privacy and security for hundreds of millions of innocent people with virtually no pushback, or any critical questions about their own conduct.

The entire encryption topic became a shiny scapegoat while the truth slowly percolated in: as of Tuesday, it was clear that American and/ or French intelligence agencies had seven of the eight identified attackers on their radar prior to the attacks. The attackers used Facebook to communicate. The one telephone found on the scene showed the terrorists had coordinated over unencrypted SMS text messages just about the easiest sort of communication to wiretap that exists today.( The supposed ringleader even did an interview in Isiss English magazine in February bragging that he was already in Europe ready to attack .)

As an unnamed government official quoted by the Washington Posts Brian Fung said, if surveillance laws are expanded the media will be partly to blame: It seems like the media was just led around by the nose by law enforcement.[ They are] taking advantage of a crisis where encryption hasnt proven to have a role. Its leading us in a less safe direction at a time when the world requires systems that are more secure.

As dishonest as the discussion about encryption has been, the dark descension of the Republican party into outright racism and cynically playing off the irrational dreads of the public over the Syrian refugee crisis has been worse. We now know the attackers werent Syrian and werent even refugees. It was a cruel rumor or hoax that one was thought to have come through Europe with a Syrian passport system, but that was cleared up days ago. But in the world of Republican primaries, who cares about facts?

Virtually every Republican nominee has disavowed welcoming any refugees to the US, and they are now competing over who is more in favor of banning those who are fleeing the very terrorists that they claim to be so against.

It doesnt matter that the US has a robust screening system that has assured over 750,000 refugees come to the United States without incident the Republican-led House has now voted to grind the already intensive screening process to a virtual halting( they were disgracefully joined by many Democrats ). Chris Christie said the US should reject widows and orphans. Rand Paul introduced a law to bar the entire Muslim world from entering the US as refugees. Donald Trump has suggested he would digitally track every Muslim in the county.

As The Intercepts Lee Fang documented in detail, the rhetoric spewing from the mouths of the Republican Party voices almost word for word like the racists during World War II that wanted the US to refuse Jews on the basis that they might be secret Nazis.

Even the supposedly establishment Republican have devalued themselves with rhetoric that one can only hope that one day they regret. This video of Jeb Bush struggling to explain why he would create a religious litmus test for refugees and how families are going to prove theyre Christian is truly cringeworthy. As Barack Obama said in his admirable disapproval of Bush and others on Tuesday, such talk is shameful and un-American.

One can say a lot of awful things about Jebs brother, George W Bush, including that his disastrous wars that led to the Isis mess we are in now, but he did do one thing right: he was always willing to publicly speak out in favor of the vast majority of Muslims who are peaceful and abhor terrorism just like everyone else. As Chris Hayes noted , not a word of this touching speech Bush devoted at an Islamic Center a week after 9/11 would ever be uttered by any of the Republican nominees today. Instead they compete over who can disparage and debase the Muslim community with the broadest brush stroke.

There are plenty of questions to ask in the aftermath of the two attacks to learn how terrorism can better be prevented in the future. Instead public discourse has veered so far off-course that its hard to see when it will return.