The president, under pressure over a deepening scandal, says all agree that he has the complete power to pardon, but analysts suggest this is not the case 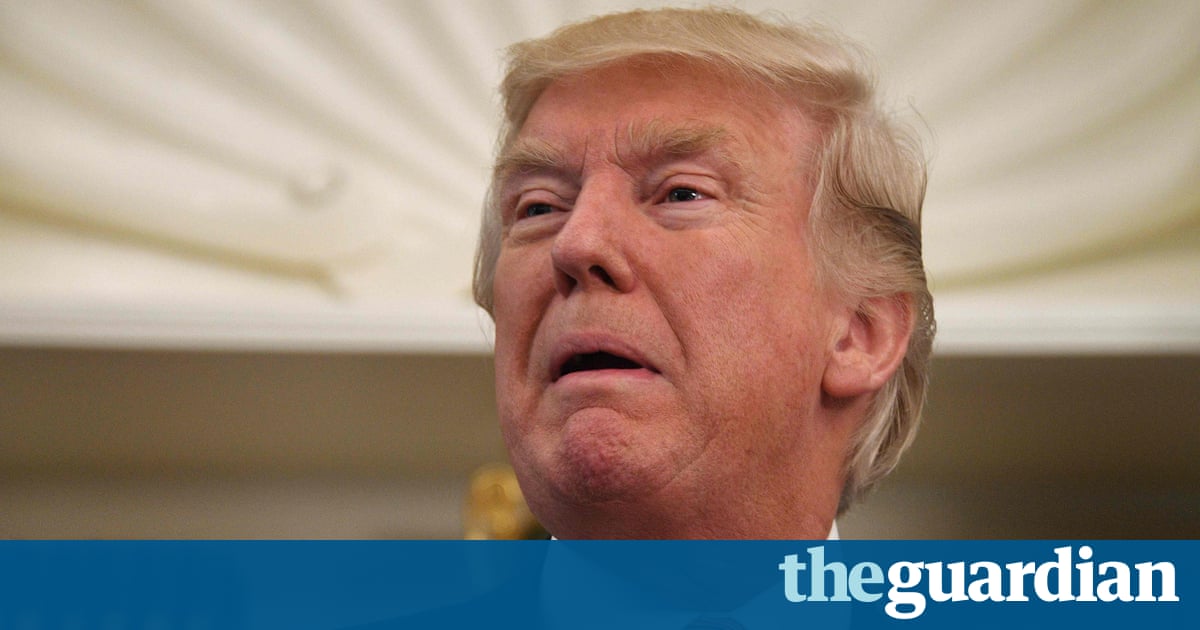 An apropos-of-nothing assertion by Donald Trump on Twitter on Saturday morning, that all agree the US president has the complete power to pardon, raised interesting questions: How broad is the presidents pardoning power, and does it extend to self-pardons?

As the Russia scandal deepens, with Congress preparing to interview Donald Trump Jr and special counsel Robert Mueller accessing the presidents tax returns, Trump has been seeking legal advice on the question of self-pardons, the Washington Post reported on Friday morning.

Notwithstanding Trumps assertion that all agree on the matter, legal experts say it is unclear if the president can self-pardon. The constitution does not weigh in explicitly on the issue and there is no direct precedent. No president has ever attempted to self-pardon.

Richard Nixon looked into it when he stood accused of obstruction of justice and abuse of power in the Watergate scandal. His personal lawyer told him he could do it but the justice department said he could not, said Brian C Kalt, a law professor at Michigan State University whose recent book, Constitutional Cliffhangers, devotes a chapter to the issue of self-pardons.

Nixon decided not to attempt a self-pardon, leaving the task of pardoning him to his successor, Gerald Ford.

It really is uncharted territory, and that makes it interesting to discuss but hard to predict, Kalt said. Anyone whos certain is wrong.

Legal analysis of the issue grapples with two main questions, Kalt said. One: what is a pardon, implicitly. Is it something you can give yourself, or is it inherently something you can only give someone else? Two: how to apply the legal principle that no one should be a judge in his or her own case?

The courts apply that, except when they dont, Kalt said.

The Latin phrase Nemo judex in causa sua (one cannot be a judge in his own case) has been applied by legal analysts to the question of self-pardons, wrote Fordham law professor Jed Shugerman on his blog, adding: But the pardon power is executive, not judicial, so a president isnt formally a judge in his own case.

Plus we dont live in Rome, even if the Latin sounds wicked smart.

Incidentally, a Latin analysis also figures in the question of whether a pardon is something you can give yourself. Kalt pointed out that the word pardon shares a Latin root with the word donate.

If you cant make a donation to yourself, it doesnt make sense to talk about pardoning yourself, said Kalt. That wouldnt be a pardon.

There is no strong extant guidance for how the framers of the constitution intended to use the word, he said.

Hypothetically speaking, if the president self-pardoned but prosecutions against him went ahead anyway, the decision on whether the self-pardon was valid would be left to the courts. Any ruling on the matter would be likely to be appealed to the supreme court.

Significantly, the presidential power to pardon as laid out by the constitution applies only to federal crimes, meaning that states may keep up the prosecution of a defendant even after a presidential pardon.

Self-pardon by Trump, in other words to wade once more onto surely hypothetical terrain would not fully remove a hazard of prosecution.