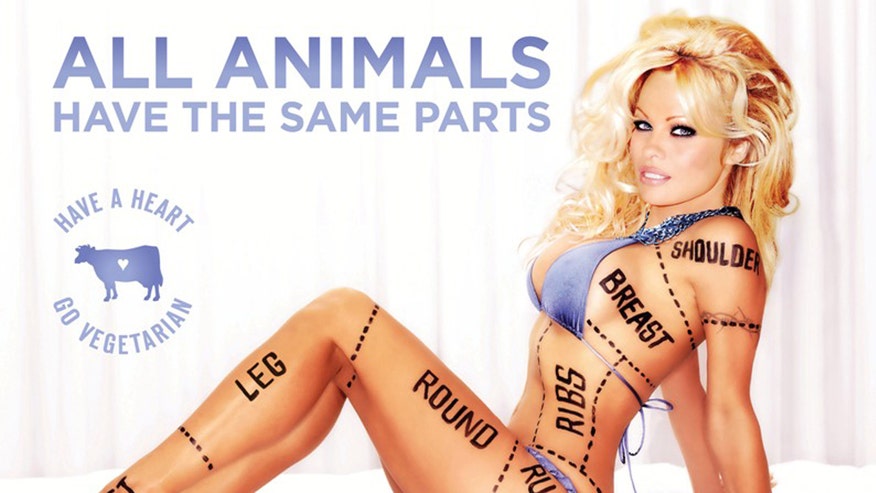 Pamela Anderson doesn’t take too kindly to having burgers named after her. (Courtesy PETA)

Many celebrities would be thrilled to have a signature menu item bearing their moniker.

But not Pamela Anderson.

Earlier this week, the legendary Baywatch actress was surprised to learn Brazilian burger chain Waynes Burger Star had a new item on their menuthe Pamela Anderson burger. The sandwich, which features chicken, cheese and a hefty serving of bacon, may sound delicious but for Anderson, an outspoken PETA spokeswoman and longtime vegan, the burger is a big problem.

I haven’t eaten chickens or pigs since I learned that they spend their short lives crowded into filthy sheds and are often conscious when their throats are slit at the slaughterhouse, Anderson wrote in a letter to Waynes Burger Star owner Jozimar Alves de Lima Jr.

The actress admits she was amused when she first heard about the burger,  but after finding out what was really in it, felt compelled to speak out.

Animal agriculture is a nightmare for the environmentparticularly in Brazil, where millions of acres of the Amazon rainforest have been destroyed in order to grow crops to feed animals on factory farms.

Anderson has implored the Burger chainwhich also has sandwiches named after Brad Pitt and Kim Kardashian to make the sandwich a vegan option, or remove her name from the menu altogether.

“With the growing popularity of plant-based foods, there’s never been a better time to add an all-vegan burger to your menuand I’d be proud to have my name on it!” writes Anderson.

Wayne’s has yet to respond to the star.