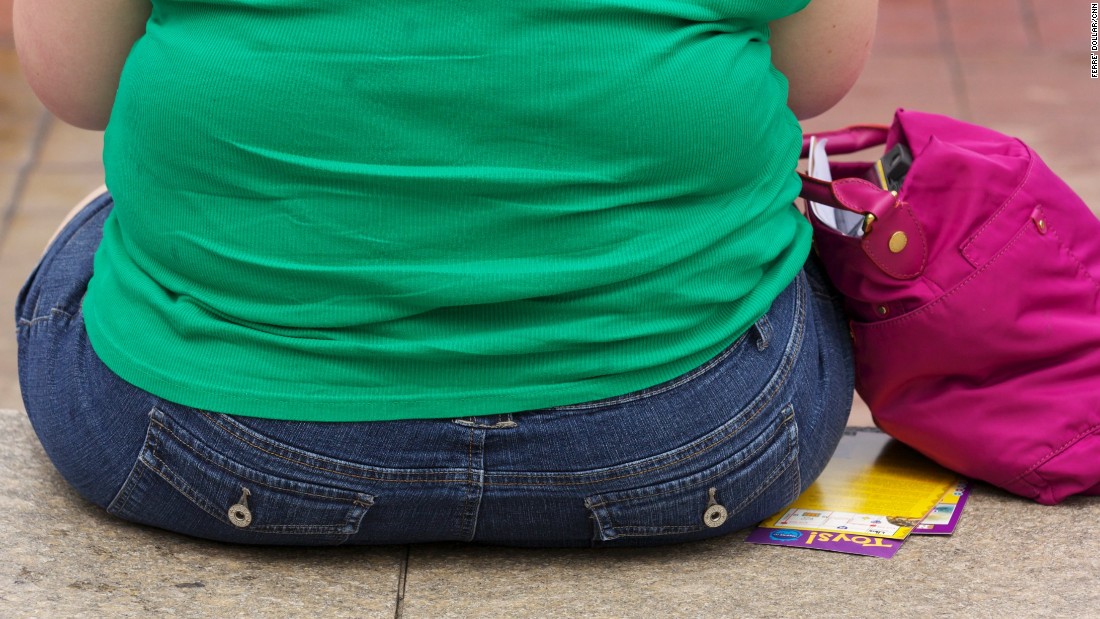 (CNN)Risks of major birth defects increased in step with the severity of a mother’s obesity or overweight, a study published Wednesday in the BMJ medical journal found.

Based on these results, women should be encouraged to adopt a healthy lifestyle and be at a normal body weight before conception, said researchers led by Martina Persson, a researcher in the clinical epidemiology unit at Karolinska Institutet in Stockholm, Sweden. 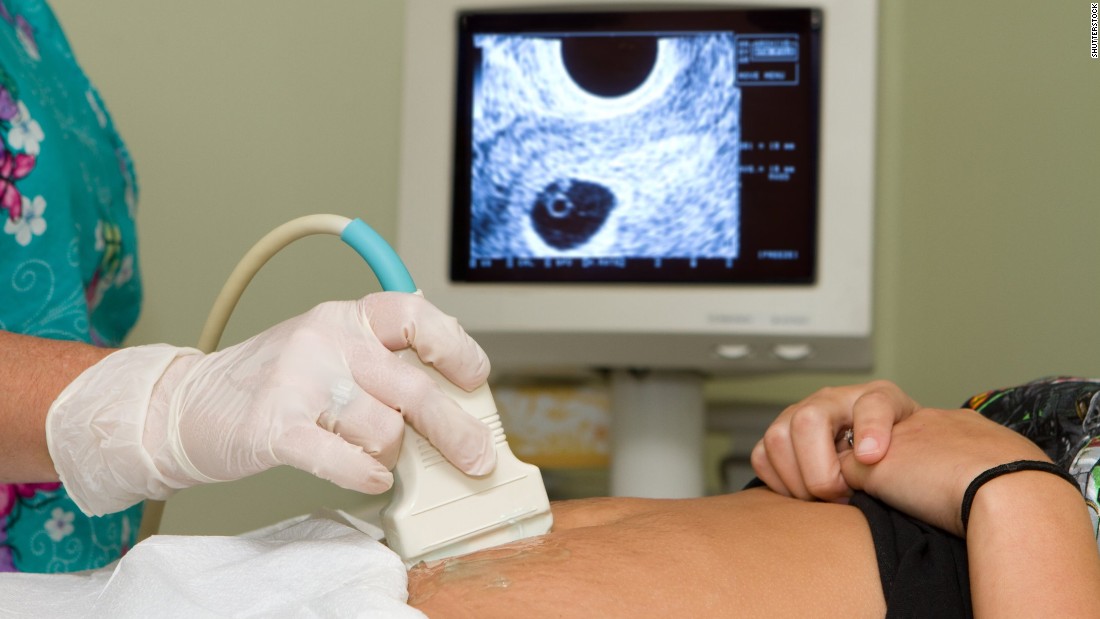 The study’s findings are not entirely new, but “expand on previous knowledge,” Persson said in an email. Past studies have shown an increased risk of congenital malformations among obese mothers.
What was not known is whether the same risk increased when mothers were simply overweight and whether risks escalated as the severity of overweight/obesity increased.

More than a million women studied

Persson and her colleagues analyzed data on more than 1.2 million live births, excluding twins and other multiples, in Sweden between 2001 and 2014. 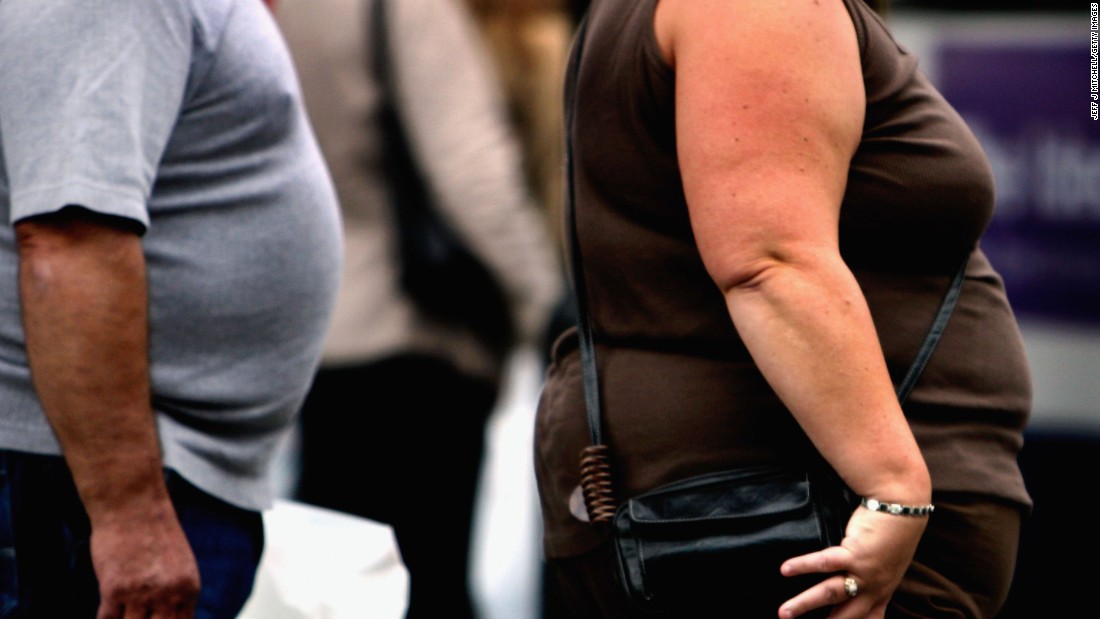 For the mothers in the study, being underweight was defined as having a body mass index of less than 18.5. Normal weight ranged from BMI 18.5 to 24, while overweight ranged from BMI 25 to 29. Obesity among the mothers was categorized as either class I, a BMI of 30 to 34, class II, a BMI of 35 to 39, or class III, a BMI of 40 or higher. Body mass index is the ratio between a person’s weight and height.
A total of 43,550 of the infants — 3.5% — had a major congenital malformation, the researchers found when looking at the medical records. Heart defects were the most common birth defect, followed by flaws in the genital organs, limbs, urinary system, digestive system and nervous system.
Babies of normal-weight mothers had a 3.4% risk of a major congenital malformation, the researchers calculated. By comparison, the proportion of major birth defects among the children of overweight mothers was 3.5%. Among the babies of mothers in obesity class I, the rate was 3.8%; in obesity class II, 4.2%; and obesity class III, 4.7%.
“We demonstrate increased risks of major malformations also in offspring of mothers with overweight and risks progressively increase with a mother’s overweight and obesity severity,” Persson said. She noted that these results show a connection — but cannot prove a direct cause — between maternal weight and birth defects. 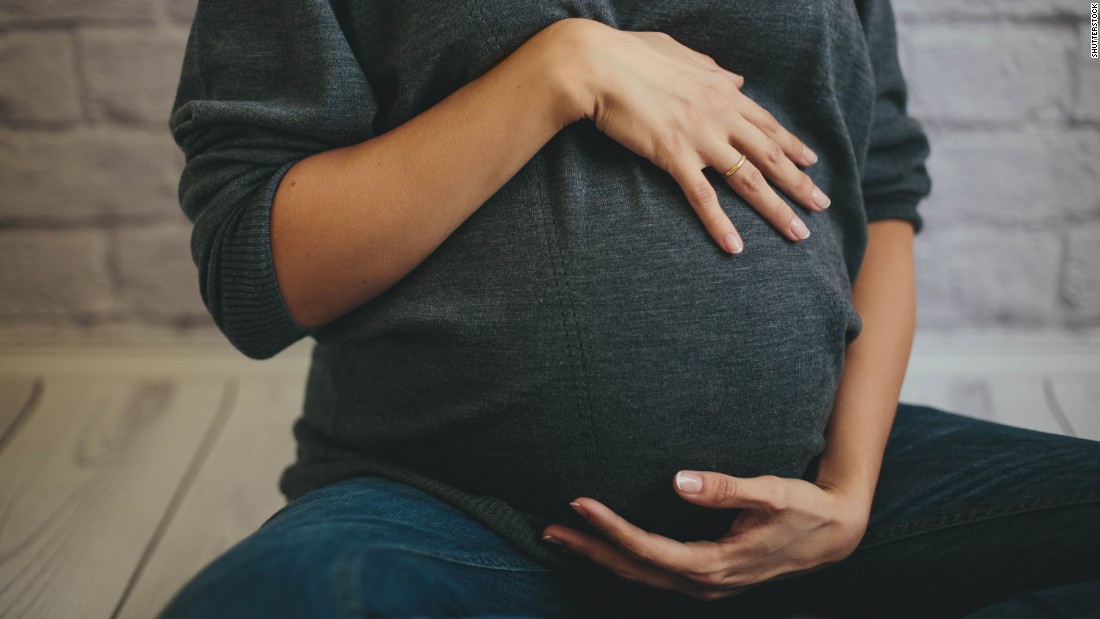 Risk of congenital heart defects, malformations of the nervous system, and limb defects also progressively increased as BMI rose from overweight to obesity class III, while genital and digestive system defects increased in babies of obese mothers only. Overall, the study showed, the risk of a major malformation was higher in boys, 4.1%, than in girls, 2.8%.
“Overweight and obesity in pregnancy increases risks of several severe complications in the mother and her child,” said Persson, who added that high rates of obesity are a “problem in many parts of the world.”
A study released this week in the New England Journal of Medicine found that more than 2 billion adults and children globally are overweight or obese; that equates to one-third of the world’s population.

The benefits of a healthy weight

Dr. Siobhan M. Dolan, a medical adviser to March of Dimes who was not involved in the study, said the “findings are consistent with prior research, which shows an association between increasing weight and adverse perinatal outcomes such as preterm birth and birth defects.” 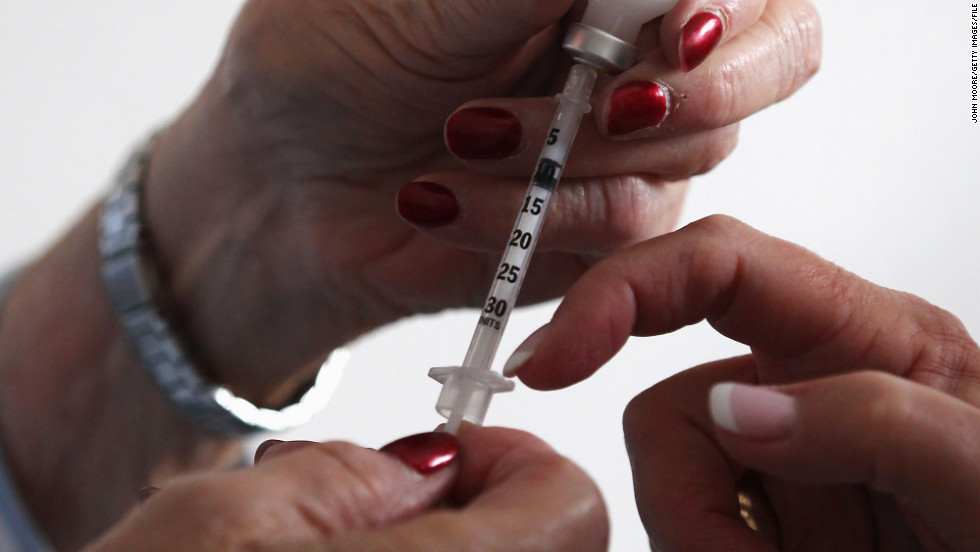 Dolan, who is a professor of obstetrics/gynecology and women’s health at Montefiore Medical Center in the Bronx, New York, said the research “demonstrates a dose-response relationship between increasing weight and increasing risk for congenital anomalies.” In other words, the more overweight a mother, the higher the odds for a baby born with a defect.
“Getting to a healthy weight has so many benefits, for both mothers and babies, including decreasing risks of diabetes and hypertension for moms, as well as decreasing risks for preterm birth,” said Dolan.
Dr. Raul Artal, professor and chairman emeritus of the department of obstetrics, gynecology and women’s health at Saint Louis University, said the new study is important in that it “emphasizes a medical problem around the world.” He was not involved in the new study. 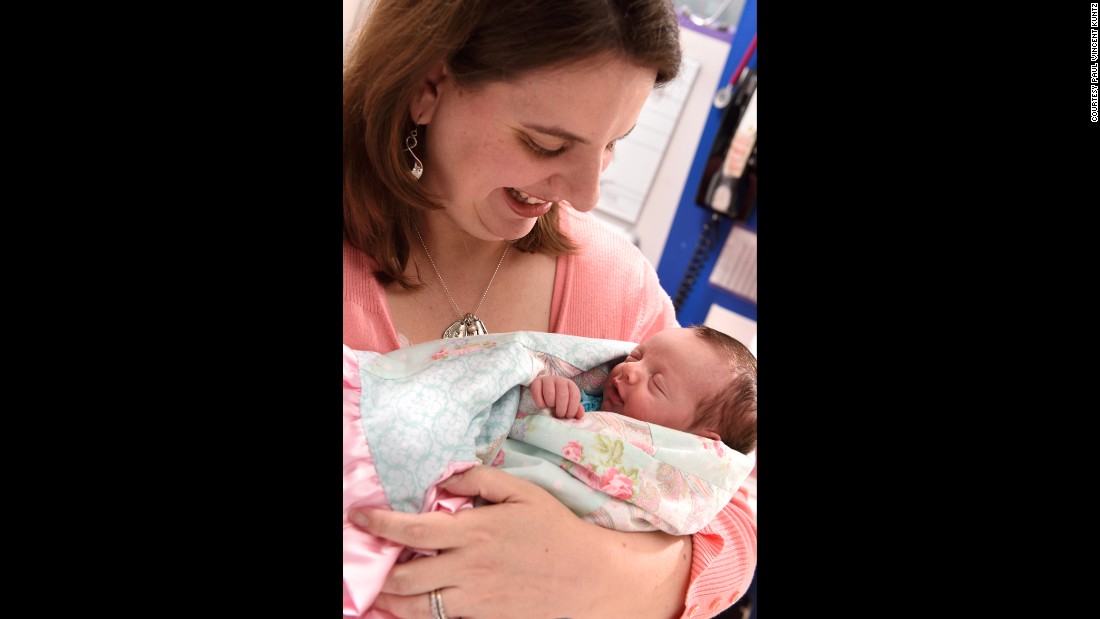 Obese women, overweight women and sedentary women “have a very high incidence of diabetes and high blood pressure in pregnancy. As a result, their offspring are at very high risk for certain congenital malformations that come along with obesity,” said Artal, who is a maternal fetal medicine specialist.
Congenital heart disease is “by far” the most common “birth defect among mothers that have obesity and diabetes,” Artal said. Other birth defects include neural tube defects, such as spina bifida and hydrocephalus, where cerebrospinal fluid causes pressure on the brain, cleft palate, anorectal aphasia, where a child lacks an anus and the lower bowels, and limb reductions or absence, for example, a missing foot.
The vast majority of babies born to obese mothers are large for their gestational age with “organ maturity delay,” said Artal. “So they could have problems with breathing … and they have delayed neurodevelopment and the vast majority of them end up having childhood obesity,” he said.
Obesity then becomes an inter-generational problem, one that is “grossly neglected,” said Artal.

Getting started before pregnancy

Artal noted that until the mid-1980s, textbooks told women “they should rest as much as possible and indulge” during pregnancy. Among certain physicians, this advice continues. 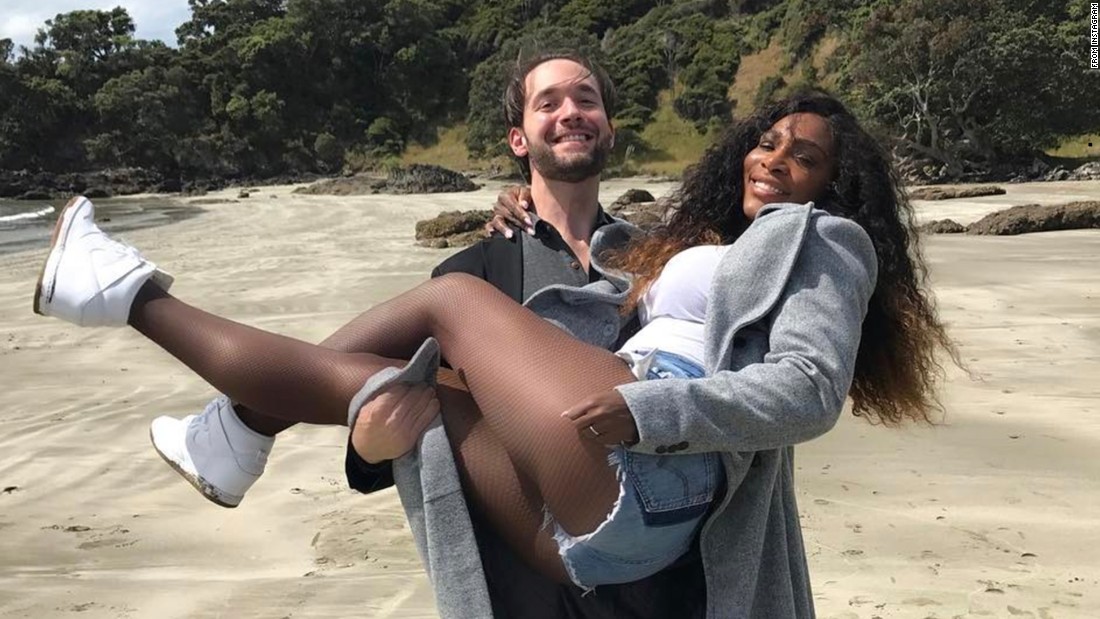 The March of Dimes’ Dolan emphasized that pregnant women should eat a healthy, well-balanced diet and take a daily prenatal vitamin containing 400 micrograms of folic acid, beginning before conception and continuing with a daily prenatal vitamin that has 600 micrograms of folic acid throughout pregnancy. Thirty minutes of moderate exercise most days of the week is also recommended for most pregnant women.
“But getting to a healthy weight is a big part of what women can do before they become pregnant, along with quitting smoking and discussing any medications they take with their doctor,” said Dolan. “If we can help women get to a healthy weight and to quit smoking, we can help prevent some birth defects.”
Persson also suggests women do what they can to avoid birth defects. Her research, she said, should “encourage women in reproductive age to strive towards a normal BMI before conception.”