Skywriting Australia says it did the job at a cost of $4,000, and the clients wanted it to coincide with the Womens March 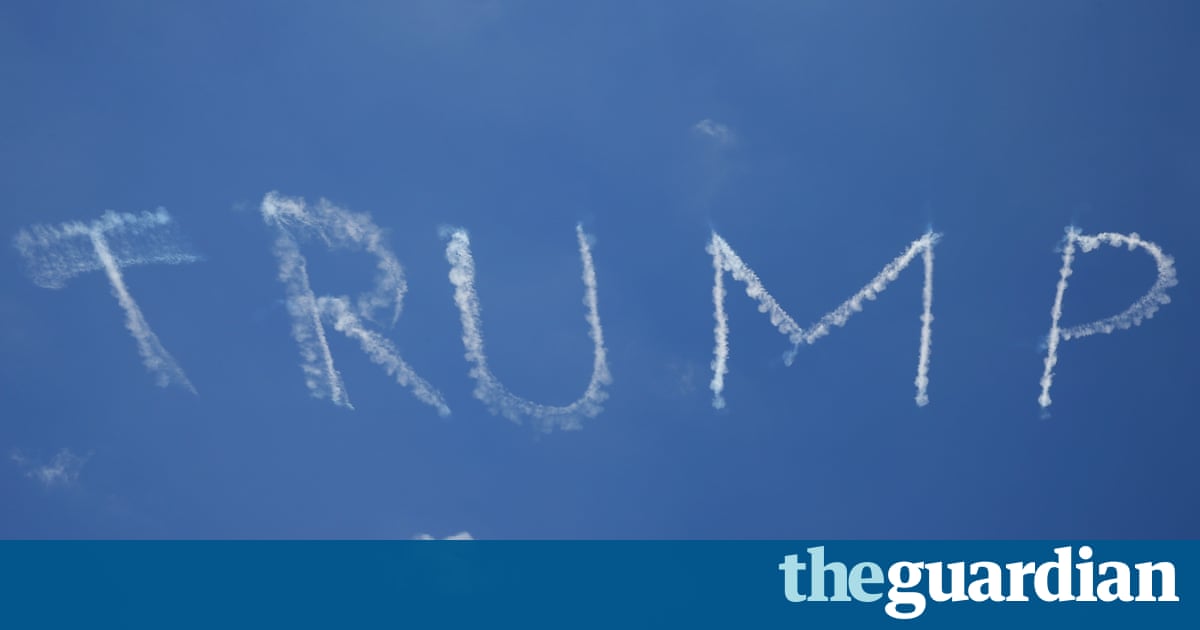 Skywriters wrote Trump over Sydney on Saturday, above a protest where 5,000 people marched in support of womens rights, following Donald Trumps inauguration as US president.

Two messages simply saying Trump appeared about midday, and many images of the signs were posted on social media.

Rob Vance from Skywriting Australia said his company did the skywriting at a total cost of $4,000 to the customers, who wanted the messages to coincide with the Womens March.

He said the customers were a group of Australian Trump supporters, but they wanted to remain anonymous.

Some Twitter users were angry at the signs, and complained about it.

Others had suggestions for how to improve the way things looked.

The skywriting appeared to have little effect on protesters, though, who marched through Sydney in a mostly jubilant, yet strongly defiant, mood.

The march in Sydney was one of the first of more than 600 protests planned around the world, on the first day after Trump was inaugurated as president of the US.

The events organisers said the protests were not just about Trump, but were to be viewed as anti-hatred, anti-bigotry and anti-misogyny, and intended to empower marginalised groups.