After the senator posted an image of Salt Lake Tribune, spokesman said we all sincerely hope the editorial board finds joy in something beyond baseless attack 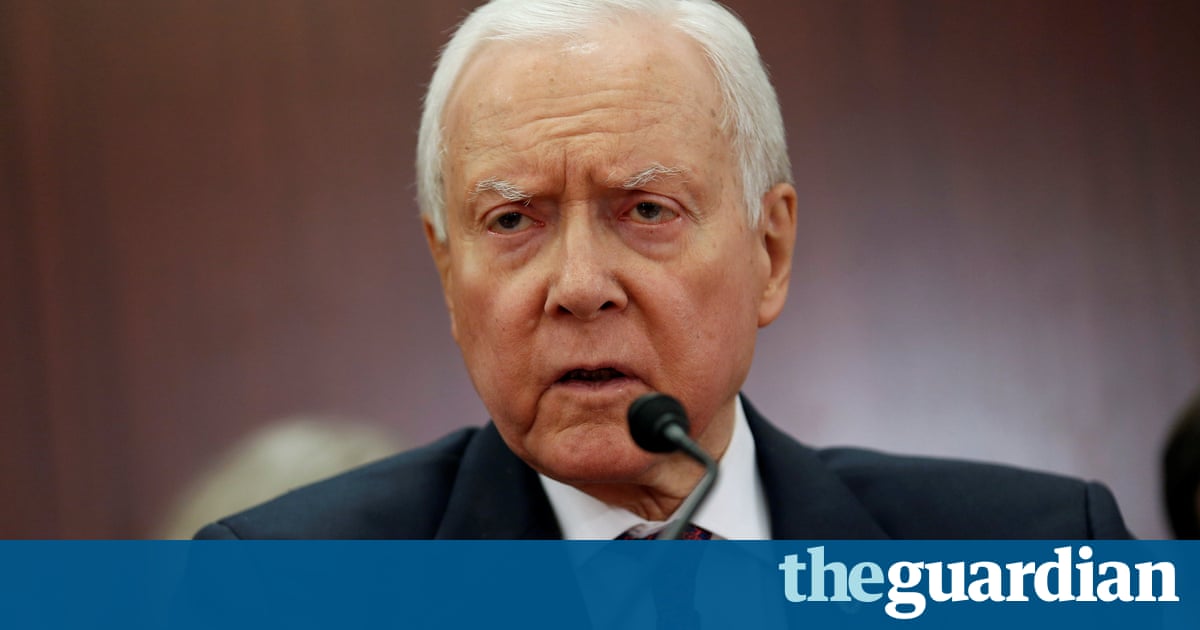 The longest serving Republican senator, Orrin Hatch, tweeted on Christmas day that he was grateful after his local paper hailed him on its front page as the “Utahn of the year”, but he made no mention of a stinging accompanying editorial.

Many were left asking if Hatch was being sarcastic or had tweeted before reading the Salt Lake Tribune’s full reasoning for the award, for the most impactful person in the state, which hit out at his part in slashing the size of Utah’s national monuments.

The paper’s editorial attacked the senator for: “His utter lack of integrity that rises from his unquenchable thirst for power.”

The Salt Lake Tribune editorial board said it also gave Hatch the title because of his key role in the dismantling of two national monuments in Utah and passing the new federal tax code. And it asked Hatch, who has been a senator for 42 years, to not run for re-election next year.

Hatch’s tweet did not include a link to the piece, leading some to speculate the senator or his communications team were aware of the editorial’s contents.

“Everyone celebrates Christmas differently,” Matt Whitlock, a spokesman for Hatch, said in an email to the Guardian.

“We all sincerely hope the members of the Salt Lake Tribune editorial board find joy this holiday season in something beyond baselessly attacking the service and integrity of someone who given 40 years for the people of Utah, and served as one of the most effective lawmakers of all time,” Whitlock said.

Earlier this month the US president, Donald Trump, modified designations for Bears Ears and Grand Staircase-Escalante in Utah, potentially opening the land to big corporate developers and the oil and gas industry. The move – a repudiation of past presidents Barack Obama and Bill Clinton – seems certain to be challenged in court.

In May, Trump told Hatch, “I’m approving the Bears Ears and Grand Staircase recommendation for you, Orrin,” according to a spokesperson for Hatch, CNN reported at the time, which Hatch was quoted as being “incredibly grateful” for.

It came after a recommendation to shrink national monuments by the interior secretary, Ryan Zinke.