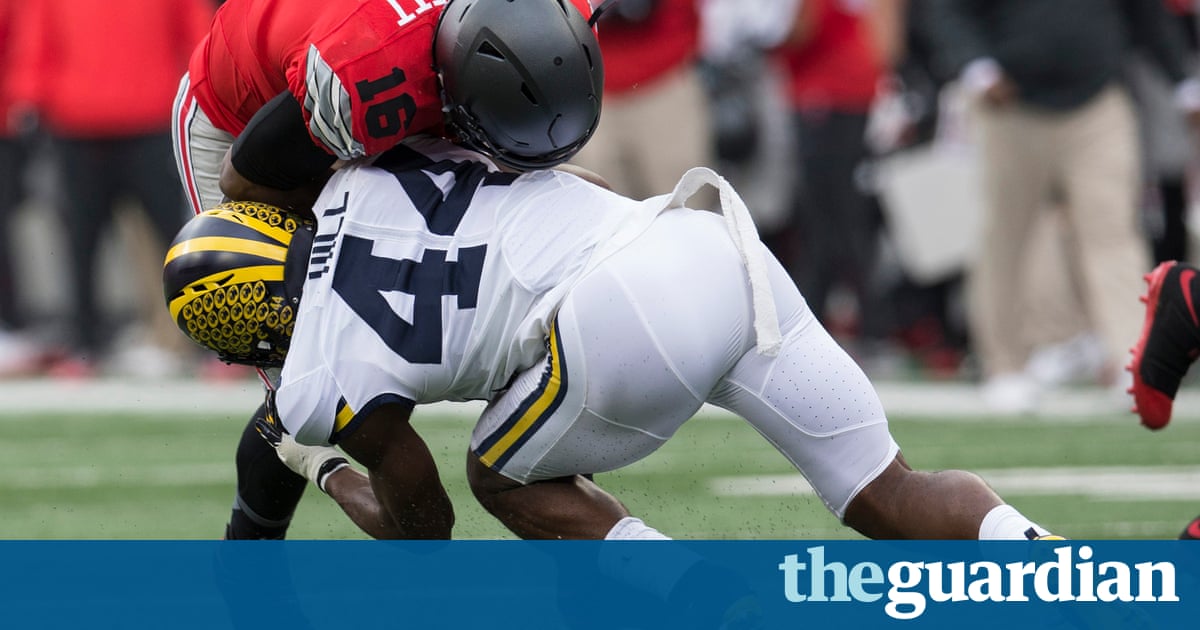 An Ohio man who returned to the US in a coma after suffering a traumatic brain injury in a car accident overseas has given his family hope by making clear his dislike for the state of Michigan.

Zach Lawrence, 38, suffered the injury in an accident in the former Soviet republic of Georgia in March. He returned to Columbus in April and, the Columbus Dispatch reports, doctors thought he had little chance of waking up. His family was told they could expect to turn off his feeding tube within six to 12 months.

Four months later, though, Lawrence was asked to press a yes or no button in answer to the question of whether or not he liked Michigan. To the delight of his family, the lifelong Ohio State football fan hit no twice.

Ohio State and University of Michigan are fierce rivals on the gridiron.

Lawrence has begun making sounds, keeping his eyes open and smiling at his children, the newspaper reported. Lawrence is also able to give a thumbs up, stand on a treadmill and hold a crayon or pencil, the better to color with his six-year-old daughter, Adrianne, and four-year-old son, Donovan.

Hes now considered semiconscious, she told the Dispatch, adding that the family were not sure how we got so lucky for them to take him in.

He always makes a face when we mention Michigan, she said. Were pretty sure hes in there.

Challenges remain. The Dispatch reported that Lawrences treatment is being paid for by health insurance, which demands a week-by-week improvement in his condition if he is to continue to be treated at Dodd Hall. The family told the newspaper that the idea of having to leave the hospital was terrifying.

Were basically dealing with the healing brain, Meghan Lawrence told the newspaper. He has a long way to go, and hes already come such a long way.