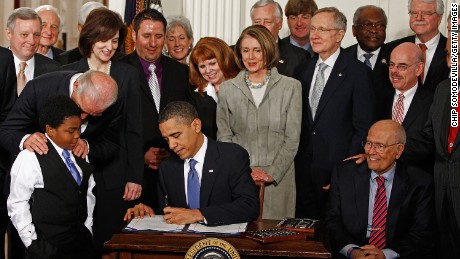 (CNN)Every president has a legacy, a moment or accomplishment or failure that, for better or worse, defines his time in the White House. The Civil Rights Act, Watergate, the Pardon, the Iran Hostage Crisis, “Tear down that wall,” “Read my lips,” the definition of “is,” September 11; all are directly associated with a president of the United States.

As his final State of the Union address nears, as he enters the last year of his presidency, Barack Obama knows he will always be known as the First Black President. But that was ensured seven years ago when he took the oath of office. It is not what he wants to be his legacy. 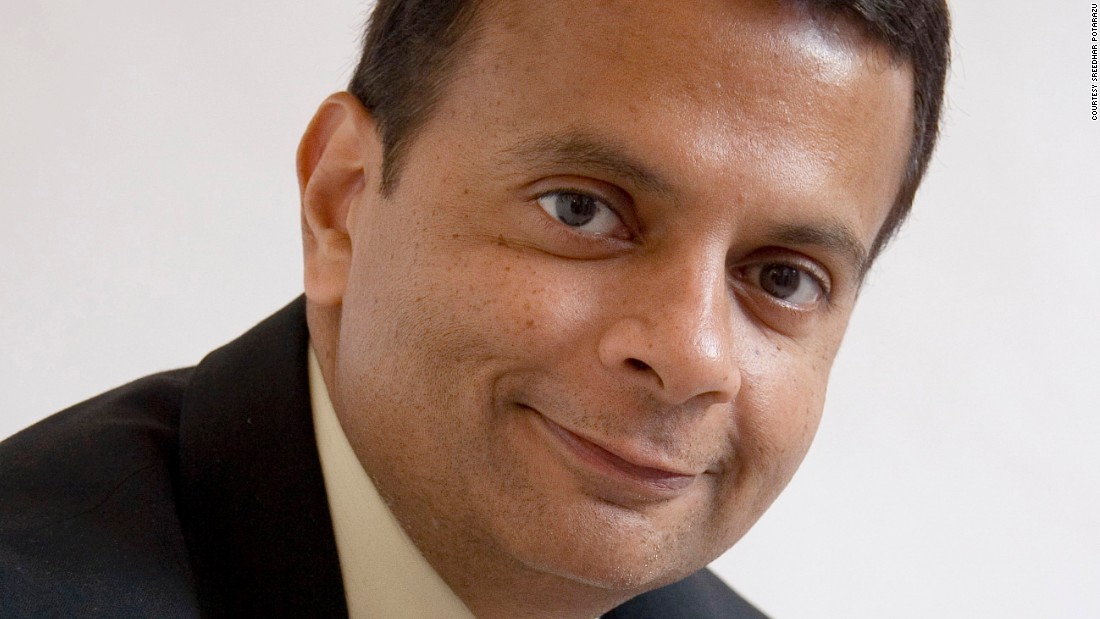 America’s 44th President wants to be associated with the signature achievement of his term: the Affordable Care Act, better known as Obamacare, a word his opponents coined as a term of derision before the President embraced it and made it his own.

Obamacare is still in its infancy, but the President wants it to be for him what Social Security was for Franklin D. Roosevelt and what Medicare was for Lyndon B. Johnson: a part of the American fabric, a thriving system that will be his legacy.

Last week, after countless attempts, Congress passed a bill to repeal Obamacare. The President vetoed it, of course, but the effort spoke to just how shaky his legacy is. Obamacare, in just its third enrollment phase, is standing on very wobbly legs, and it could collapse if the President fails to address its shortcomings.

Obama must refocus on the program that bears his name in order to ensure that his successor, whether Republican or Democrat, doesn’t alter it dramatically or simply dismantle it.

The Affordable Care Act stands on three key pillars, all of which are showing cracks and are at risk of crumbling. Each must be reinforced, and soon, before the whole house risks coming down.

The ACA was designed to provide health care insurance for every American regardless of age, income level and pre-existing condition. This pillar initially showed great promise, as the rate of uninsured individuals went from 17% in the first quarter of 2013 to roughly 12% at the end of 2015. But enrollment numbers have leveled off, and they’ve fallen far short of the original Congressional Budget Office estimates.

The CBO projected enrollment would grow by 8 million in 2016 to reach a total of 21 million insured individuals. But the growth for 2016 turned out to be only 1.3 million, and the net increase in insured Americans is only 16.9 million.

Moreover, the percentage of Americans who are uninsured has seen its first uptick since the program went into effect, rising from a low of 11.4% in the second quarter of 2015 to 11.9% at the end of the year.

This leveling off is a cause for concern because those who remain uninsured may be harder to reach or generally less inclined to buy into the program. In a recent study, the Kaiser Family Foundation found that more than 7 million people who were eligible for health exchange coverage would pay less in penalties than for the least expensive insurance they could buy.

Many young, healthy Americans who almost never need to see a doctor are willing to gamble that they can save money by paying the tax penalty and remaining uninsured. But their participation is needed to defray the costs of insuring older, sicker Americans in the system.

It’s called the Affordable Care Act for a reason. It had to be affordable not only for the consumers, but also for the taxpayers who provide subsidies for those who can’t pay for their policies.

But controlling costs is proving difficult. From a consumer perspective, monthly premiums and deductibles are skyrocketing, largely because insurers have been forced to enroll customers who are sicker than average. Insurers also received only a fraction of the money they expected from the risk corridors the government set up to help them cover their shortfalls.

On top of that, the cost of medication is rising dramatically, affecting the ability of consumers to pay for their prescription drugs. Compounding this problem is the fact that people with financial problems generally buy less expensive plans with higher deductibles that must be met before their coverage kicks in.

A poll conducted by The New York Times and the Kaiser Family Foundation found that 20% of insured people under age 65 had problems paying their medical bills last year. If one in five people with insurance still can’t afford their medical care, the health care system is in trouble.

Obamacare is proving costlier than expected for taxpayers, as well, due to the deferral of some taxes that were supposed to help the government cover its costs. One example is the “Cadillac Tax,” which was supposed to tame overall costs by taxing lavish health care plans. Now that Cadillac is expected to stay off the road until 2020. Also, a tax on insurers that fell to individual families and businesses has been suspended for 2017, and the medical device tax has been rejected for this year and next.

These taxes were components of the equation that was drawn up to pay for Obamacare. Their absence means the cost projections are not on target. And that makes it essential to revisit the math and revise the equation.

The ACA had to provide quality health care for every American. This pillar — quality — is not as shaky as the other two, but there is still considerable room for improvement. The health care industry is still struggling to adopt technology that will provide greater transparency and data sharing, which are needed to keep costs down.

Also worrisome are the massive administrative and overhead costs associated with maintaining not only the insurance marketplaces, but also the infrastructure required by hospitals, physicians, insurance companies and others to align themselves with these new programs. The federal Centers for Medicare & Medicaid Services projected almost $2.7 trillion in spending for private insurance overhead and the administration of government health programs between 2014 and 2022, including $273 billion in new administrative costs. If the quality of care is to be maintained or improved, then these costs will have to be kept within budget.

Shoring up these three pillars is a tall order that requires immediate and constant attention. A health care czar and an entire team were dedicated to getting Obamacare approved and it would be wise to dedicate a new team in the White House to oversee its further rollout.

President Obama has a lot on his plate right now — from gun safety and racial strife to climate change to ISIS and myriad international crises. But he cannot afford to take his eye off the most important legislation in his presidency: Obamacare. It’s his signature achievement, and his opponents are lying in the weeds, intent on erasing it with a sweep of the pen.

It’s time to do something. A legacy is at stake.