The president said he identified with rebel Han Solo, praised Lamars lyricism and talked down Trump in light-hearted chat with popular vloggers 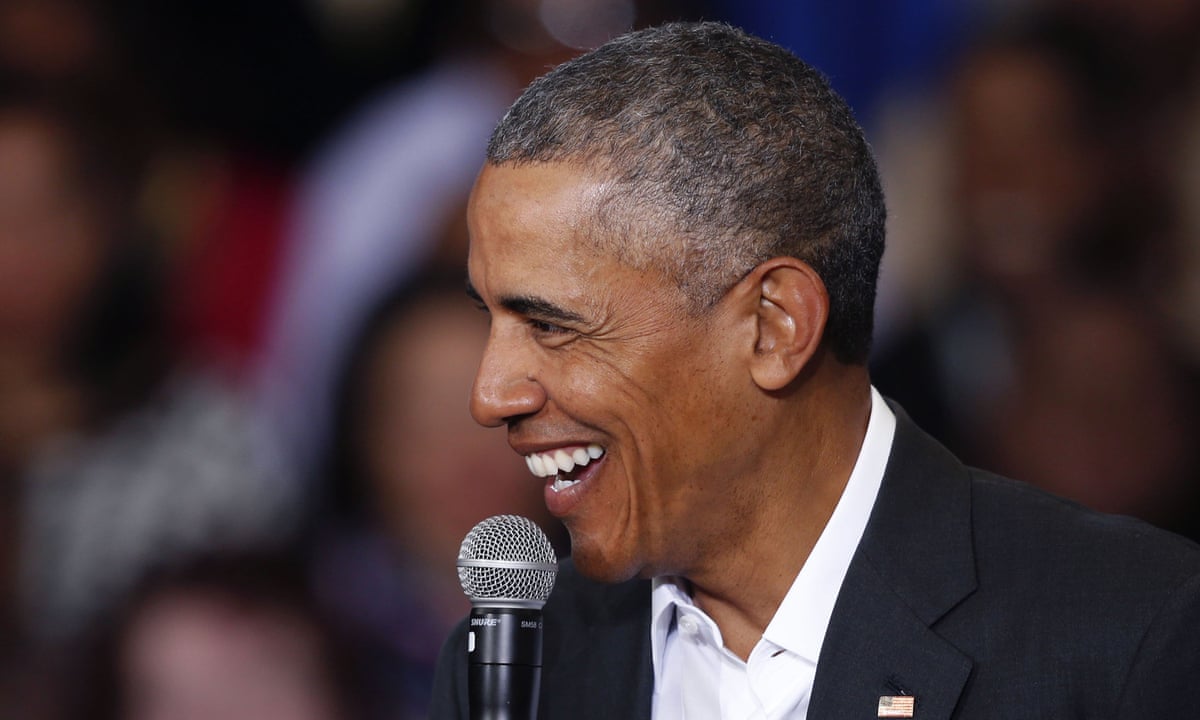 For his annual video chat about the State of the Union address, Barack Obama sat down on Friday with three YouTube vloggers. The breezy, hour-long conversation covered topics including his new gun control measures, perceived police brutality and the rise of Donald Trump. He was also asked who would win a rap battle between Drake and Kendrick Lamar.

Obama spoke with sWooZie, Destin Sandlin and Ingrid Nilsen, who each have more than 3.5 million YouTube subscribers.

The president said that though he had not yet seen the new Star Wars film, the 1977 original was his favourite of the series. Asked which character he related to most, Obama chose Han Solo.

Hes a little bit of a rebel, he said.

If there was a rap battle between Lamar and Drake, he said, Lamar would be the clear winner.

I think Drake is an outstanding entertainer, but Kendrick. His lyrics! His last album was outstanding, best album of last year, he said.

Obama had already declared Lamars How Much a Dollar Cost, from the album To Pimp A Butterfly, the best track of 2015.

In the most internet-dividing question since is this dress blue and black or white and gold?, Obama answered the how should a dog wear pants question by picking the more sane, two-leg-only option.

This is a little too conservative too much fabric, said the leader of the free world, in reference to dog pants with four legs.

Sandlin, whose YouTube channel SmarterEveryDay often focuses on science, asked what characteristics an element named after Obama, called Obamium, would have.

The conversation was only concerned with jokes aimed at winning over the kids. sWooZie talked about being a young black man who sometimes wears a backwards cap and said he regularly found himself racially profiled by police, citing a recent time when police demanded ID after he pulled over in his car to take a phone call.

Im a black man who sometimes wears his hat backwards, and there have been times when I was younger when I was stopped for reasons I wasnt always clear about, said Obama.

However, he disagreed with sWooZies claim that police are just bullies with badges who are developing a Superman complex and that killings of black men by police are on the rise.

Its not that situation has gotten worse, its that our awareness is increased, said the president, referring to his own Task Force on 21st Century Policing, which last May recommended independent investigations into deaths caused by police officers.

Asked by sWooZie if Obama was embarrassed for the American people, given the popularity of the Republican presidential frontrunner, Obama tried to hose down Donald Trumps high poll numbers.

This early in the contest, a lot of times youll have people who are seen as frontrunners because they are noisy and get a lot of attention, he said. But the closer an election came, he said, its a little less entertainment.

This is a little more serious, this person is going to have the nuclear code, Obama said.

Nilsen asked Obama why womens health products like tampons and pads were taxed in more than 40 states as a luxury item, noting that most women do not regard having their period as a luxury.

Michelle would agree with you on that, Obama said.

I suspect its because men were making the laws when taxes were passed. I think its pretty sensible for women who live in those states to work towards getting those taxes removed.

Obama also revealed that he carries around a selection of lucky charms and religious trinkets. On Friday his pocket revealed rosary beads from Pope Francis, a lucky poker chip from a biker in Iowa, a little Buddha from a Buddhist monk, a statue of Hindu monkey god Hanuman and a Coptic cross from Ethiopia.

I carry them around all the time, the president said.

Im not superstitious, I dont think I have to have them on me at all times. But it does remind me of all the different people that Ive met along the way, and how much theyve invested in me and their stories and what their hopes and dreams are.

If I feel tired or discouraged sometimes, I can reach into my pocket and I say, Yeah, thats something I can overcome because somebody gave me this privilege to work on these issues that are going to affect them. Id better get back to work.