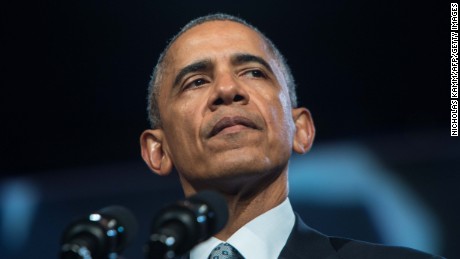 “Have you noticed that everyone of these candidates say, ‘Obama’s weak. Putin’s kicking sand in his face. When I talk to Putin, he’s going to straighten out, ‘” Obama said, impersonating a refrain among Republican nominees that he’s permitted President vladimir putin too much leeway.

“Then it turns out they can’t manage a bunch of CNBC moderators at the debate. Let me tell you, if you can’t manage those guys, then I don’t suppose the Chinese and the Russians are going to be too worried about you, ” Obama said.

In 2007, when he was pursuing the Democratic presidential nomination, Obama had his own issues with debate hosts: Fox News. He, along with nominees Hillary Clinton and John Edwards, skipped out of a Fox News-Congressional Black Caucus co-hosted debate, spurred by pressure from the liberal Moveon.org, which claimed Fox News was biased against Democrats.