CIA, FBI and other agencies will be able to access surveillance on foreigners abroad, including information identifying Americans they may be in contact with 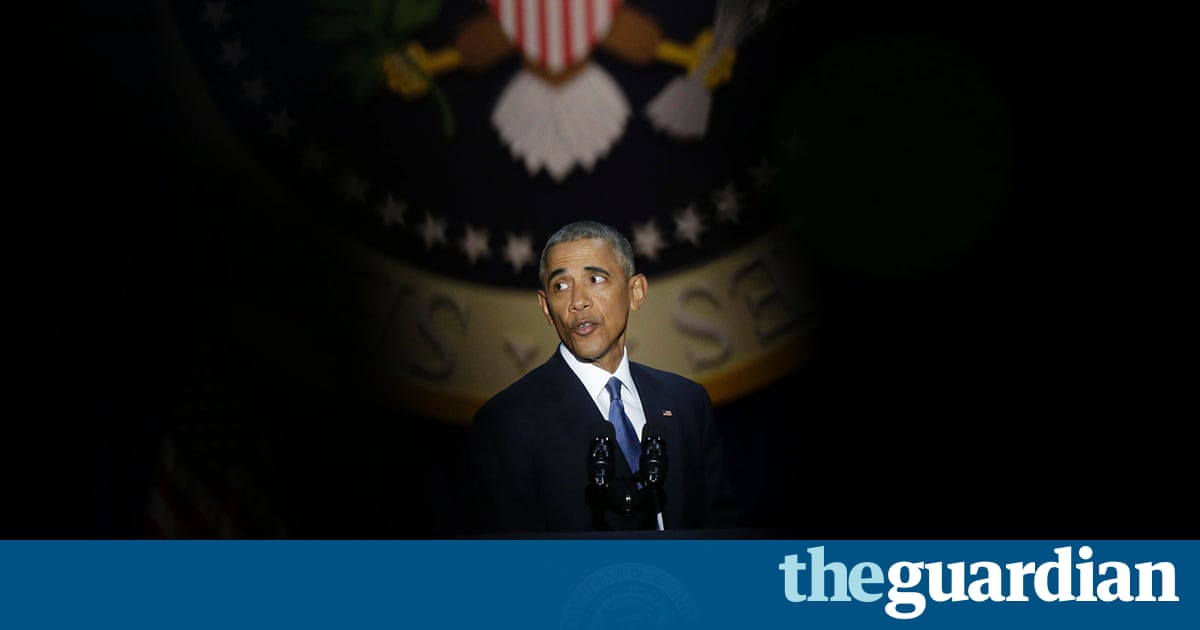 Barack Obama, in one of his final acts on national security, has permitted US intelligence and law enforcement agencies far greater access to raw communications data warrantlessly collected on foreign targets, a move that has alarmed privacy advocates.

Under an executive order,the CIA, FBI and other security agencies will be able to access unfiltered surveillance aimed at foreigners abroad, before information identifying or revealing Americans they may be in contact with gets censored out.

A copy of the 23-page unclassified rulebook was obtained and published on Thursday by the New York Times. The document stated that the changes were being made to enable US intelligence agencies to conduct their national security missions more effectively.

The rules do not change the scope of the NSAs foreign-oriented surveillance dragnets, but they now permit greater unfiltered access to the massive communications databases. Nor do they apply to surveillance conducted under the Foreign Intelligence Surveillance Act (Fisa), a law circumscribing the conduct and reach of surveillance aimed at people inside the United States.

Privacy advocates and whistleblowers have long pointed to broad latitude presented within 12333 that they contend provides a way of avoiding the ostensibly court-ordered surveillance of Fisa. Some said that the new rule change underscores their fears.

This development is very troubling for Americans privacy, said John Napier Tye, a former state department official turned surveillance whistleblower. Most people dont realize this, but even our purely domestic email and text messages are often stored on servers outside the United States. And the NSA has written extremely permissive rules for itself to collect data outside US borders.

The changed rules will be inherited by the administration of Donald Trump following his inauguration next week, which comes in the wake of an extraordinary public dispute between the president-elect and the US intelligence agencies that concluded he was the beneficiary of interference by Russia in the presidential election.

They mean that NSA officials are no longer required to filter out information about innocent people whose identities have been scooped up before passing the intercepted communications to officials from other agencies, who will now be able to search through raw caches of data.

The rules state the head of another agency must make a written request for the intercepted communications that sets out how the agency will use and safeguard the data, how the data would further a particular mission and why it cannot be obtained another way. The NSA may, however, flag up potentially interesting data to other agencies on its own initiative.

Under the new procedures, a high-level NSA official will be tasked with evaluating requests from sister intelligence agencies for access to the raw surveillance.

The listed criteria for approving a request include the reasonableness of the request, a lack of available alternatives to acquire equivalently valuable information, and the ability of the requesting agency to protect and handle raw [communications data] properly a significant concern within the intelligence agencies after recent mass leaks.

But the procedural changes do not set ironclad prohibitions for accessing raw data on Americans.

While US intelligence agencies may not search through the raw data using query terms intended to select domestic communications, analysts are permitted under certain circumstances to examine foreign communications to, from or about a US person or a person located inside the United States if they are already subject to a Fisa court-authorized order.

Similarly, the rules prohibit the intelligence agencies from using search terms likely to result in retrieving Americans communications, unless there is reason to believe that foreign intelligence or counterintelligence will be obtained by the use of such selection term.

Under the rules of the 12333 order, intelligence officials are permitted to analyze all metadata details such as who emailed whom, and from where from Americans communications that were gathered in the dragnet, but not the contents of the email or other electronic intercepts themselves.

In a statement, Neema Singh Guliani, a legislative counsel for the ACLU, said the protections contained grossly inadequate safeguards for personal data.

This raises serious concerns that agencies that have responsibilities such as prosecuting domestic crimes, regulating our financial policy, and enforcing our immigration laws will now have access to a wealth of personal information that could be misused, said Singh Guliani. Congress needs to take action to regulate and provide oversight over these activities.

The Cynical Misdirection Behind #ReleaseTheMemo