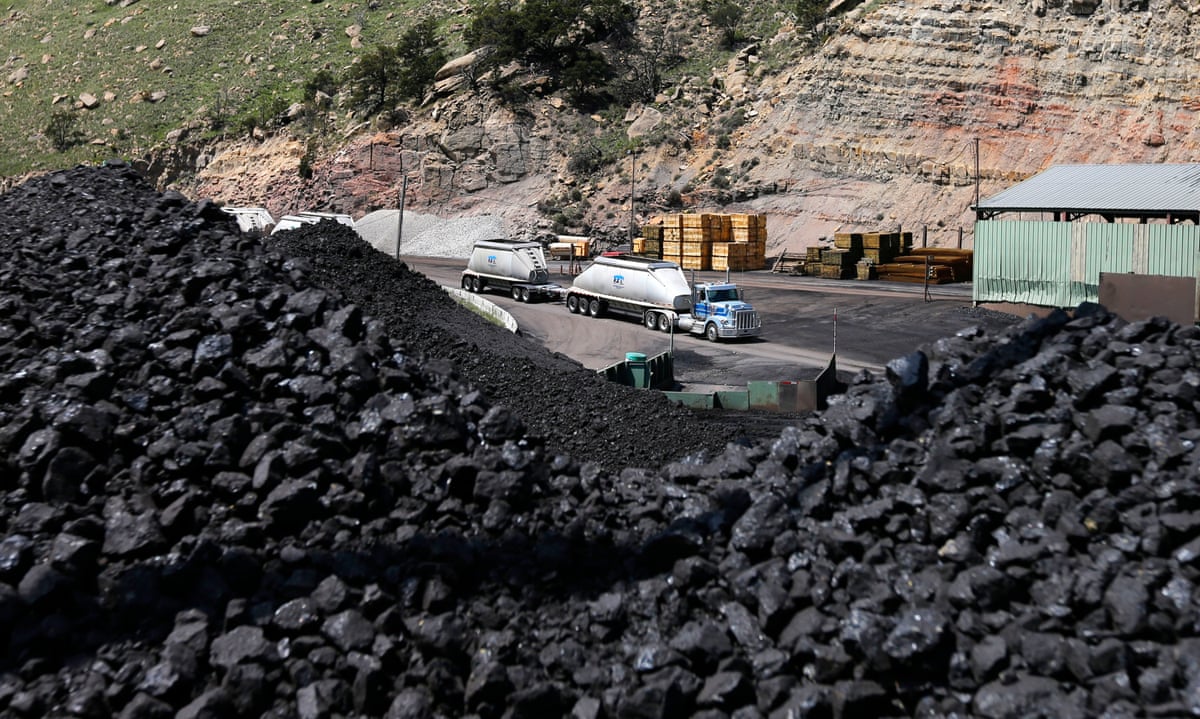 The Obama administration will halt new coal mining on public land for the next three years with immediate effect as it undertakes a review of the environmental and public health impacts of coal production.

The wide-ranging review, applauded by climate and environmental groups, will assess how federal coal production fits in with the USs commitment to reduce its greenhouse gas emissions. It will also ensure American taxpayers are earning a fair return for the use of their public resources raising the possibility of a hike in royalties or a new levy on coal producers.

About 40% of US coal is mined on public land. Barack Obama flagged new restrictions on coal exploitation in his State of the Union address this week, saying: Im going to push to change the way we manage our oil and coal resources so that they better reflect the costs they impose on taxpayers and our planet.

The department of interior, which oversees leases on public land, stressed that coal would continue to be an important part of the USs energy mix and that current operations would not be affected by the freeze in new leases. It is estimated there is around 20 years-worth of coal production already under way, with 50 pending leases set to be affected by the decision.

The federal coal program is in needs of modernization, as we havent down a top-down review for the past 30 years, said Sally Jewell, secretary of the department of interior. The lease program was designed to get as much coal out of the ground as possible. Its time to take a careful look to see if it best serves the needs and priorities of today.

Jewell said that the ban would not apply to metallurgical coal, small-scale prospecting or resources on tribal lands. She insisted that US energy demands would still be met despite the pause in leases during the review.

The White House has said it recognizes that coal mining communities in states such as Kentucky are in transition and struggling and has promised $1bn to help rehabilitate old mines and boost the economic prospects of former coal miners.

This is unlikely to cut much ice with leading Republicans, who have accused the president of killing off jobs in his quest to shift the US toward renewable energy. Mitch McConnell, the Senate majority leader, invited a former coal worker, Howard Abshire, to attend Obamas final state of the union address.

[Abshire] has spent most of his life working in underground mines to help power our nation; however, the presidents war on coal has devastated coal country and unfortunately contributed to the loss of thousands of jobs in Kentucky, one of which was Howards, McConnell said.

But climate activists, already buoyed by the presidents recent blocking of the controversial Keystone pipeline, hailed the move as another nail in the coffin of fossil fuels.

The only safe place for coal in the 21st century is deep underground; these reforms will help keep more of it there, said Bill McKibben, co-founder of climate change pressure group 350.org. And theyll set the precedent that must quickly be applied to oil and gas as well.

The League of Conservation voters, which has started running its first ad backing Hillary Clinton for president, said the new restrictions were great news.

Kudos to president Obama and interior secretary Jewell for taking the first steps towards fixing a broken system that worsens climate change, cheats taxpayers out of getting a fair return and subsidizes big polluters at the expense of our future, said LCV president Gene Karpinski.

The coal industry has endured a difficult year, with Arch Coal, the second largest US mining company, filing for bankruptcy on Monday. National coal production has steadily declined since 2008, with around 900m short tonnes produced last year the lowest since 1986.

The key Appalachian Basin region experienced the largest slump in coal production last year, with the US Energy Information Administration attributing the fall to lower international demand, reduced natural gas prices and environmental regulations. China recently announced a three-year freeze on new coal mines, primarily to combat the deadly smogs that choke many of its cities.

Domestically, New York governor Andrew Cuomo announced this week that the state will phase out all coal use by shutting its three remaining coal plants by 2020. Restrictions on carbon pollution are set to be placed on power plants across the US by the Environmental Protection Agency although there has yet to be any action to limit fossil fuel extraction, despite an attempt by several left-leaning senators, including Bernie Sanders, to do so last year.

I applaud the president for taking bold action to slow the worst effects of climate change, Sanders said. We have a moral responsibility to leave our kids a planet that is both healthy and habitable. The best way we can do that is by keeping fossil fuels in the ground.

The difficulties faced by the coal sector and a slumping oil price contrast with a record year in global investment in renewable energy, such as wind and solar.

Figures released by Bloomberg New Energy Finance show that $329bn was invested in clean energy in 2015, up 4% on 2014. A total of 64GW of wind and 57GW of solar PV was commissioned during the year. The USs share of this investment was $56bn, up 8% on the previous year.