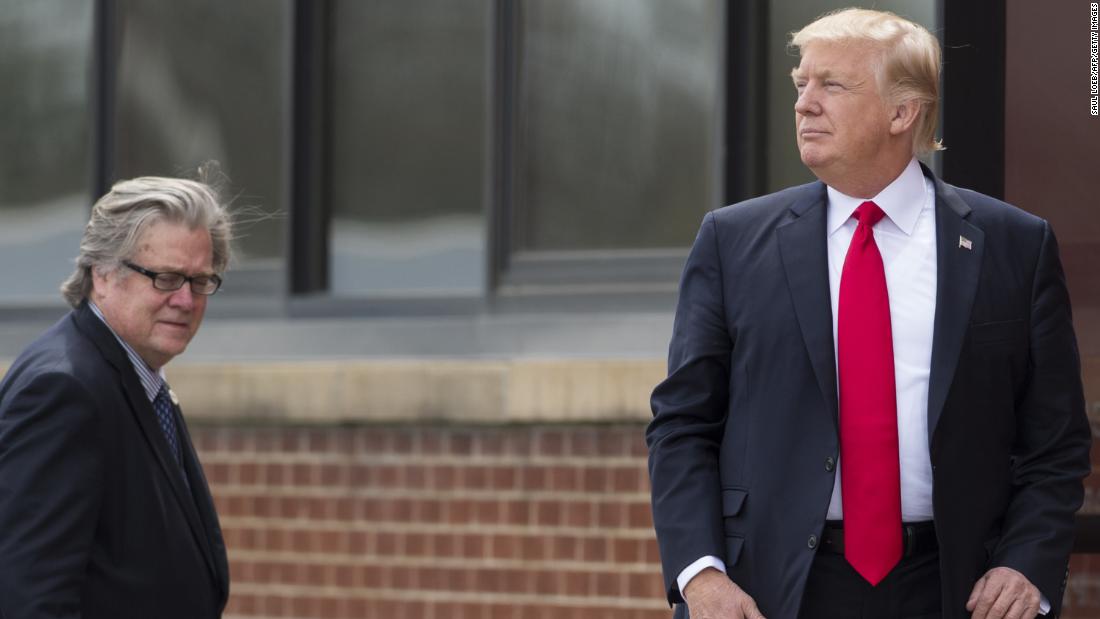 Bannon’s testimony on the Hill on Tuesday was his first appearance before any of the congressional committees investigating alleged Russian interference in the 2016 election or potential coordination with Trump’s associates, and it comes just days after the White House broke with Bannon over comments attributed to him disparaging Trump and the Trump family.
Several White House staffers have come forward voluntarily for interviews with the special counsel team. The New York Times, citing a person with direct knowledge, said the grand jury subpoena for Bannon “could be a negotiating tactic” and that Mueller would likely allow Bannon to speak with investigators instead of going before the grand jury.
The subpoena came after Bannon’s comments to author Michael Wolff became public, according to The New York Times. In Wolff’s book “Fire and Fury: Inside the Trump White House,” Bannon is quoted as saying a June 2016 meeting Donald Trump Jr., Trump son-in-law Jared Kushner and then-Trump campaign chairman Paul Manafort had with a Russian lawyer promising dirt on Democratic presidential candidate Hillary Clinton was “treasonous” and “unpatriotic.”
Bannon also said he assumed Trump Jr. delivered information about the meeting to Trump, despite denials from the two, and downplayed the likelihood of illegal coordination with Russia while saying there was dread that Mueller’s investigation could turn up something else nefarious, such as money laundering.
Trump disavowed Bannon, saying his former top aide had “lost his mind,” and later nicknamed him “Sloppy Steve.” A source close to Bannon subsequently provided a statement saying Bannon expressed regret over the timing of his response to the book and that he thinks Trump Jr. is a “patriot.”
Trump appointed Bannon his campaign’s chief executive at the outset of the general election, and Bannon, along with now-White House counselor Kellyanne Conway, led the Trump campaign through Election Day. Bannon assumed a top post as chief strategist in the White House after the election and left last August amid a major staff shakeup.
He returned to his perch atop Breitbart News but left the site in the wake of Wolff’s book and Trump’s rebuke.