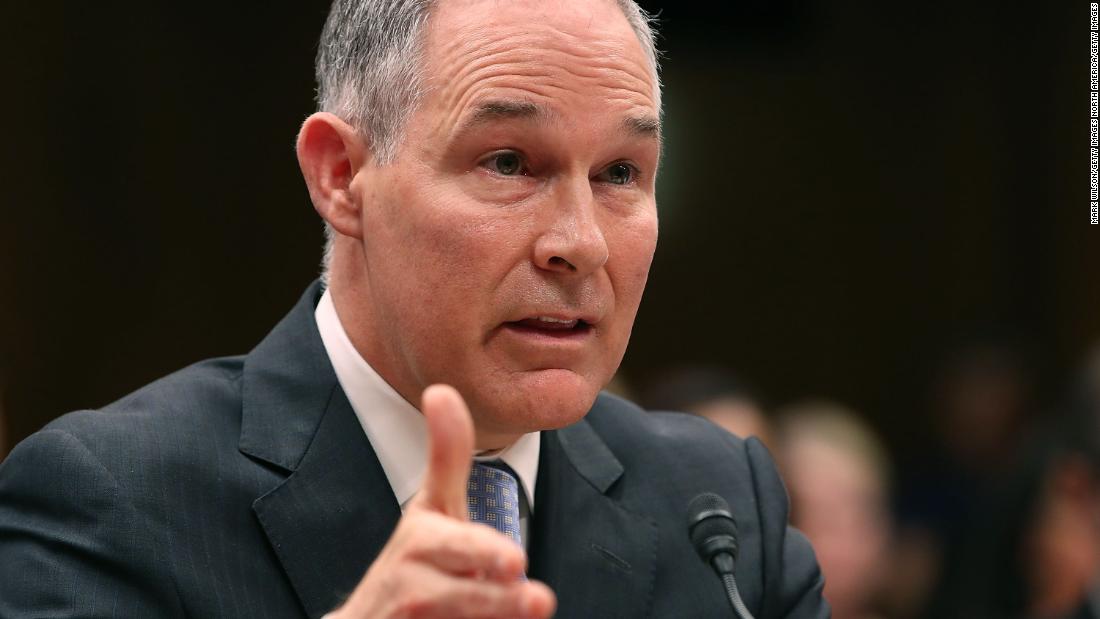 Washington (CNN)EPA Administrator Scott Pruitt scored some premium tickets to one of the most highly sought after University of Kentucky basketball games thanks to a friend who happens to be a coal executive and major donor, The New York Times reports.

According to the Times, Pruitt and his son, Cade, were photographed and recorded on video sitting in seats reserved for season ticket holders who donated at least $1 million to the school. The seats belong to Joseph Craft, a billionaire coal baron who leads Alliance Resource Partners — the seventh largest coal mining company in the United States.
According to emails obtained by the Times, Kentucky Republican Gov. Matt Bevin planned to be with Pruitt’s group, and the EPA’s security detail and Kentucky state police were to accompany them.
An EPA spokesman told the Times that Pruitt paid Craft $130 in cash for each ticket. He also said that Pruitt and Craft are “longtime friends.”
Craft has been a longtime supporter of Pruitt and a large donor to President Donald Trump’s election campaign. He’s donated more than $2 million toward Trump’s campaigns and inauguration, the Times reported. He also donated toward Pruitt’s 2013 reelection campaign for Oklahoma attorney general and gave $388,550 to the Republican Attorneys General Organization during the final three years Pruitt served as its chairman.
According to the Times’ review of Pruitt’s schedule in his first 14 months at the EPA, Craft was scheduled to see Pruitt at least seven times and appear with him two more times — more than Pruitt has met with any environmental group representatives.
Reporting about Pruitt’s cozy relationship with Craft comes as Pruitt faces probes reviewing his travel expenses, personal security, and other allegations of ethical concerns, such as Pruitt’s below-market-rate lease with a lobbyist couple, one of whom represented a client before the EPA.
Pruitt and the EPA have largely defended his actions, saying decisions were made by his subordinates and that, in some cases, “processes will be changed going forward.”