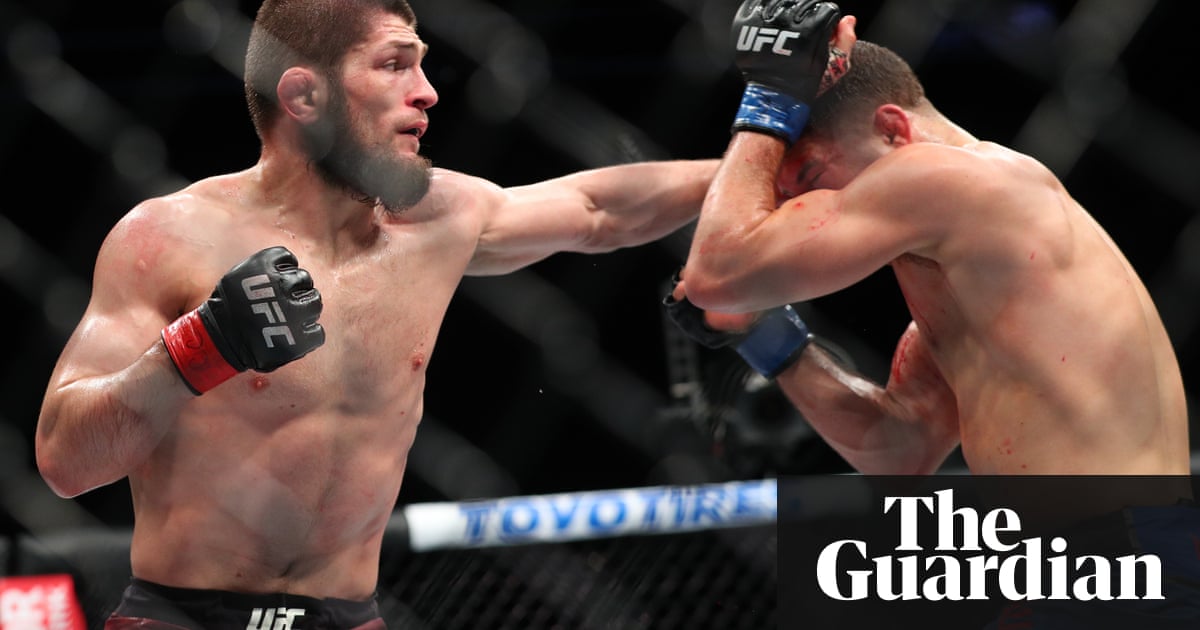 Since winning the 155lb belt in 2016, Conor McGregor did not defend the strap once over the last 520 days. The UFC finally decided to do something about it and promised Nurmagomedov (or his opponent) an ‘undisputed’ belt with a win. In the wake of Nurmagomedov’s lopsided decision victory (50-44, 50-43, 50-43) over Iaquinta, the UFC officially stripped the title from its Irish superstar and essentially treated the interim belt Tony Ferguson won in October like it never existed.

“Now just one champion,” said Nurmagomedov, who improved to 26-0 as a professional mixed martial artist. “No more fake champions. No champions who don’t defend the title. Now the UFC has a champion and this champion wants to defend his title.”

This doesn’t necessarily mean Nurmagomedov is No1 – McGregor and Ferguson supporters can certainly make a good argument for their guy – but it does place the Russian at the epicenter of the division for as long as he manages to remain.

McGregor’s celebrity status and undeniable results, and Ferguson’s success (he holds a 10-fight win streak inside the octagon), suggests that the trio will find opportunities to sort amongst themselves who’s the best. Yet McGregor’s legal issues and Ferguson’s health concerns prompted Nurmagomedov to call-out his idol, 35-year-old Georges St-Pierre, who previously expressed a desire and willingness to drop to 155 to become a three-division champion.

“Georges St-Pierre, Conor or Tony it doesn’t matter,” Khabib said. “All these guys are tough.”

The consolidation of titles leaves the broad-shouldered powerhouse – boasting a 32-round win streak inside the octagon that topped a record set by St-Pierre – as the UFC’s lone lightweight titleholder.

Ferguson (the Dagestani’s original opponent at Barclays) was removed from their main event bout on 1 April following a freak injury during a UFC photo shoot. The news was the first in a cascade of events that tested Nurmagomedov’s resolve throughout fight week.

On Wednesday, Nurmagomedov found himself in a verbal showdown with Artem Lobov, an undercard fighter and a close friend of McGregor’s. The next day he essentially shrugged off McGregor’s brazen and potentially criminal retaliatory salvo at the Barclays Center loading dock. And as late as Friday afternoon, after Ferguson’s replacement UFC featherweight champion Max Holloway was forced to bow out while cutting weight, he didn’t have an opponent.

Prior to McGregor’s injurious antics on Thursday that prevented several fighters from competing at UFC 223, Iaquinta was slated to appear in a three-round bout on the pay-per-view portion of the card. When given the chance to face the unbeaten, unblemished Dagestani fighter for a belt (despite weighing 0.2lbs above the 155lb championship limit) Iaquinta stepped up.

“If you want to be champion – undisputed, undefeated – you have to be able to beat anybody,” Nurmagomedov said. “All week I stayed calm.”

Nurmagomedov played the part well and he stepped into the Octagon opposite Iaquinta (13-4-1) with legacy in mind. He jumped ahead on the judges’ cards, easily wrestling Iaquinta to the floor where he maintained control and offensive superiority. As the 25-minute contest unfolded, “The Eagle” opted to showcase his speed and athleticism by standing with the heavy-hitting New Yorker much more than his corner wanted.

“We had one game plan: pressure, take him down, work on ground,” the fighter said. “But I feel I was faster than him and I want to use this. When you do something for 25 minutes inside the cage it’s better for you than training 10 weeks in the the gym. The experience is different.”

A life of training has not yet made Nurmagomedov a complete mixed martial artist, however he sits at the forefront of a cadre of Dagestani fighters who have asserted themselves on the global MMA scene in recent years. Almost all of them are regarded as tough, diligent, grapplers, but at an elite level that may not be enough win on a regular basis. Though the gap in Khabib’s skills continues to close, he hasn’t been pressed to diversify his game due to his dynamic and dominant grappling ability, which was honed by his father, Abdulmanap, since he was 8.

Successful title defenses could make Nurmagomedov a massive draw for the UFC, and White expects to promote the company’s first Russian event this year, likely in September.

“I think if we go to Russia we’ll probably have a fight first without him,” White said. “Then it would be awesome to have a fight with him.”

Asked about promoting Nurmagomedov-McGregor in Moscow, White wouldn’t let himself speak on it considering the Irishman’s troubles. However Nurmagomedov said he envisioned a world tour that took him and McGregor to Tokyo, Moscow, Dublin, Los Angeles and Rio ahead of a monster fight in 2018.

This is an area of life the devout Muslim hopes to share with McGregor. He has noticed the impact that celebrity and money has had on some athletes inside the UFC, and he does not wish this for himself.

“I don’t want this belt changing me,” Nurmagomedov said. “I want to stay focused. Like next month is Ramadan. After Ramadan I keep training and want to defend the title before the end of the year.

“I want to be the same Khabib before belt and after belt. This is not about me. This is about all the people around me.”

As of Monday, following a long flight home, that will mean family and friends in Dagestan. He has not been home since September, and anticipates immense interest upon his return to Russian, where fans and media have increasingly become a part of his life.

As for the deposed McGregor, Nurmagomedov welcomed any chance to get his hands on the man who flew across the Atlantic with retribution on his mind.

“If he wants to be lightweight champion,” Nurmagomedov said, “he needs to meet me.”