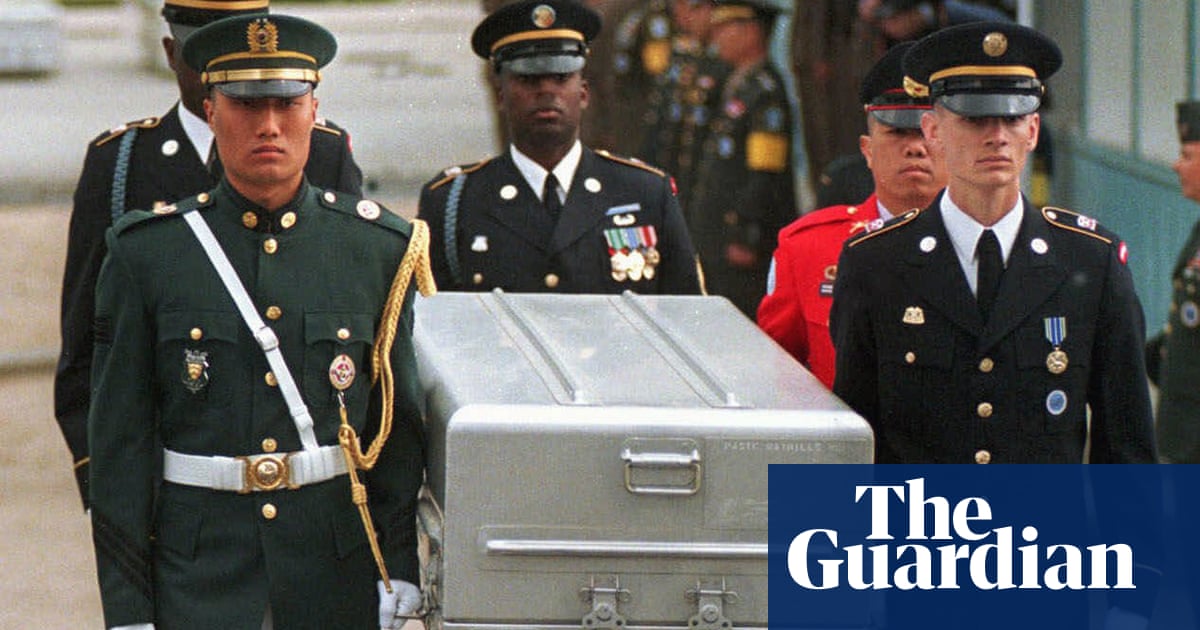 The US secretary of state, Mike Pompeo, has said talks with North Korean officials about the return of remains of US service members killed in the 1950-53 Korean war “resulted in firm commitments” and that there would be a follow-up meeting on Monday.

The meeting on Sunday was the first time in nine years that US and North Korean generals had held talks. The two sides met on the inter-Korean border and agreed to resume joint field activities to search for the remains of Americans missing from the war, Pompeo said.

“Today’s talks were productive and cooperative and resulted in firm commitments,” he said.

The repatriation of US remains was one of the agreements reached during an unprecedented summit between President Donald Trump and North Korean leader Kim Jong-un in June in Singapore.

Working level meetings will begin on Monday to coordinate the next steps for the repatriation of remains, including the transfer of those already collected in North Korea, Pompeo said.

The Pentagon has said North Korean officials have indicated in the past they have the remains of as many as 200 US troops. But a US military official familiar with the matter said last month it was not clear what North Korea might hand over.
US forces brought 100 wooden coffins into the Demilitarized Zone {DMZ) last month, which will be used to transport the remains, according to South Korea’s Yonhap news agency.

About 7,700 US military personnel still remain unaccounted for from the Korean War, US military data shows. More than 36,500 US troops died in the conflict.

Pompeo unveiled the plan for the talks after visiting Pyongyang this month, touting it as one of the key issues on which the two sides had made progress, though the North accused his delegation of making “gangster-like” demands in connection with denuclearisation during the trip.

Pompeo initially said the two sides had agreed to hold talks on US remains on Thursday but no North Korean representatives showed up at the border. North Korea then proposed meeting US military officials on Sunday, US and South Korean officials have said.

North Korea and the US conducted joint operations to recover the remains of US soldiers from 1996 to 2005 but stopped when their relations soured as Pyongyang accelerated its nuclear programme.

At the Singapore summit, Kim Jong-un made a broad commitment to “work toward denuclearisation”, but fell short of details on how or when he would dismantle North Korea’s nuclear programme, which it has pursued in defiance of UN Security Council resolutions.

Pompeo had hoped to “fill in” details on how to dismantle the North’s nuclear programme and recover the remains of US troops in his talks in Pyongyang this month.

He later said he had made progress on setting a timeline for North Korea’s denuclearisation.