The actor sneers at child sex abuse victims and says free speech is being stifled. But he is part of the 1% who enjoy a platform its ordinary people who struggle to be heard 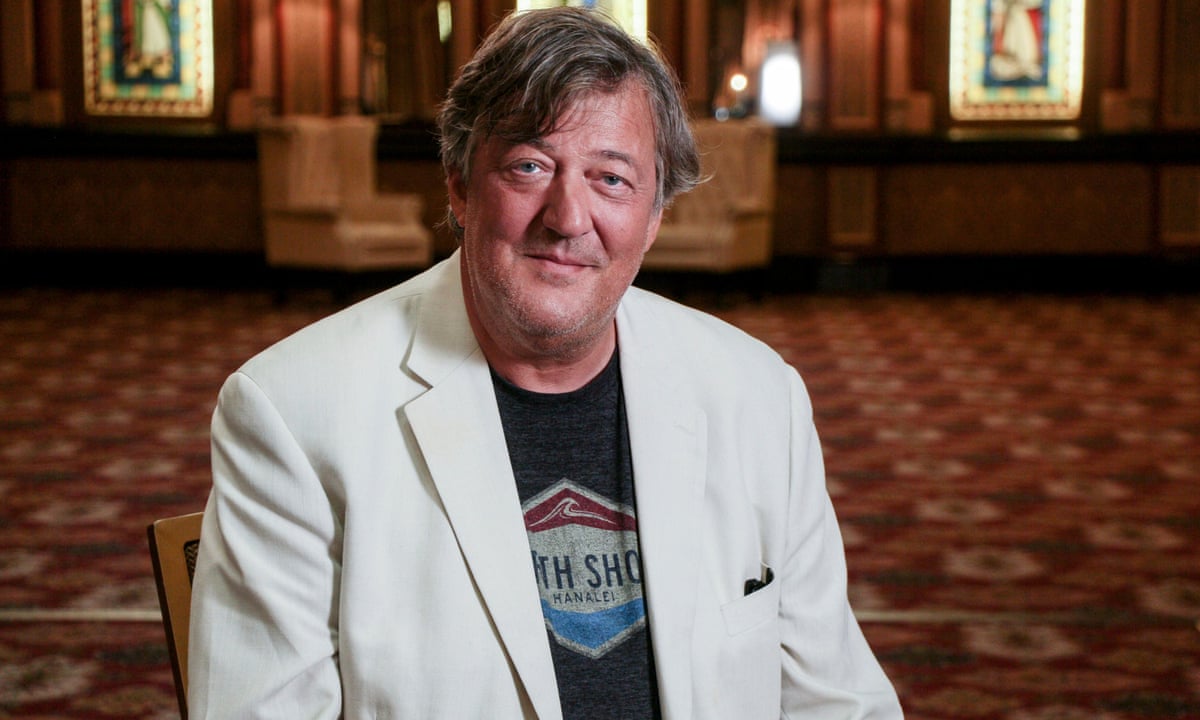 Free speech is under attack and here comes Stephen Fry to defend it. Bemoaning the infantilising culture of safe spaces and trigger warnings that has developed at universities in recent years, Fry launches into an extraordinary attack on victims of sexual abuse, saying: Its a great shame and were all very sorry that your uncle touched you in that nasty place you get some of my sympathy but your self-pity gets none of my sympathy. It was a sustained attack. Self-pity is the ugliest emotion in humanity, he said. Get rid of it, because no ones going to like you if you feel sorry for yourself. The irony is, well feel sorry for you if you stop feeling sorry for yourself. Grow up.

That such contempt for victims of child abuse should emerge from the lips of Fry, a man lauded for his great work highlighting mental health issues, is remarkable. That he should use his right to free speech and his platform to express himself in this way is reprehensible. It is also risible, for this is the same Fry who regularly flounces off Twitter because he doesnt want to hear people criticising him over things he has said and done. Now he expects us to join him in condemning people who have been affected by events they could not possibly control.

And there are many of them. A recent study found that up to 80% of abused people had at least one psychiatric disorder by their 21st birthday: depression, anxiety, thoughts of suicide. Schoolyard bullying can be just as destructive, with one study arguing that bullying carried out by other children is five times more likely than neglect or abuse at home to cause anxiety.

Just as the bodys immune system is still forming in childhood, so too is the brains stress response. The effects of childhood trauma cannot be overstated: abuse, sexual abuse in particular, is devastating. Children need love, and they need to feel safe.

While the effects of abuse can never be erased completely, therapy for survivors is crucial. Despite this a recent study in the US revealed that, of the 294,000 reported child abuse cases, only 81,000 of the survivors had received any form of counselling. We dont live in a culture that indulges abuse victims; we live in one that is woefully failing them. Fry is talking rubbish.

He is allowed to, of course, because of free speech: for in 2016, an absolutist interpretation of free speech has become popular among the chattering classes. If only the overwhelmingly white, middle-class, Oxbridge-educated, male-dominated commentariat would take freedom from prejudice as seriously as it takes freedom of expression.

Free speech means something only if you have a platform with which to use it. These free speech fetishists dont seem to realise that free speech is a privilege usually afforded only to people like themselves. To blithely assert that everyone enjoys the same right to free speech is like claiming that I have a right to buy a large house in north London because there is a free market. Theoretically it is possible, but life in our real world isnt like that.

Utilising his right to free speech, Fry says it would be awful if people didnt read Titus Andronicus. Sorry, Stephen: I havent. I went to a rundown comprehensive and read Romeo and Juliet for my GCSEs. I knew one person in my hometown who went to university. Im from Nottingham, which as the BBC reported in 2013 is the poorest city in Britain, measured by disposable household income. The Beeb sent a reporter to speak to some of its poor residents and met Michael, a man in his twenties who lives on nothing but beans on toast because, as he says Its not healthy but its cheap. He spends most of his time hanging around an estate. I wonder how much his notional right to free speech is worth? Very little, Im afraid, without an invite to Oxford Union.

I have a platform now. Why? Because I had sex for money and put myself through university. Luckily for me, I fell in love with a nice, middle-class boy in my final year and gave up prostitution. After a few months, I moved to London to live with him. He was a banker.

I spent the next five years working relentlessly, doing unpaid internships and writing for a pittance, to secure a voice for myself in the British media precisely because I was outraged at the lack of people like me in public life. I succeeded. But if it hadnt been for those tough choices, and someone relatively privileged helping me to establish myself, I would have remained, like the overwhelming majority of people in Britain and around the world, effectively voiceless.