If more evidence is needed that the Republican Party lacks confidence in its candidate, look no further than all the vice presidential prospects begging off 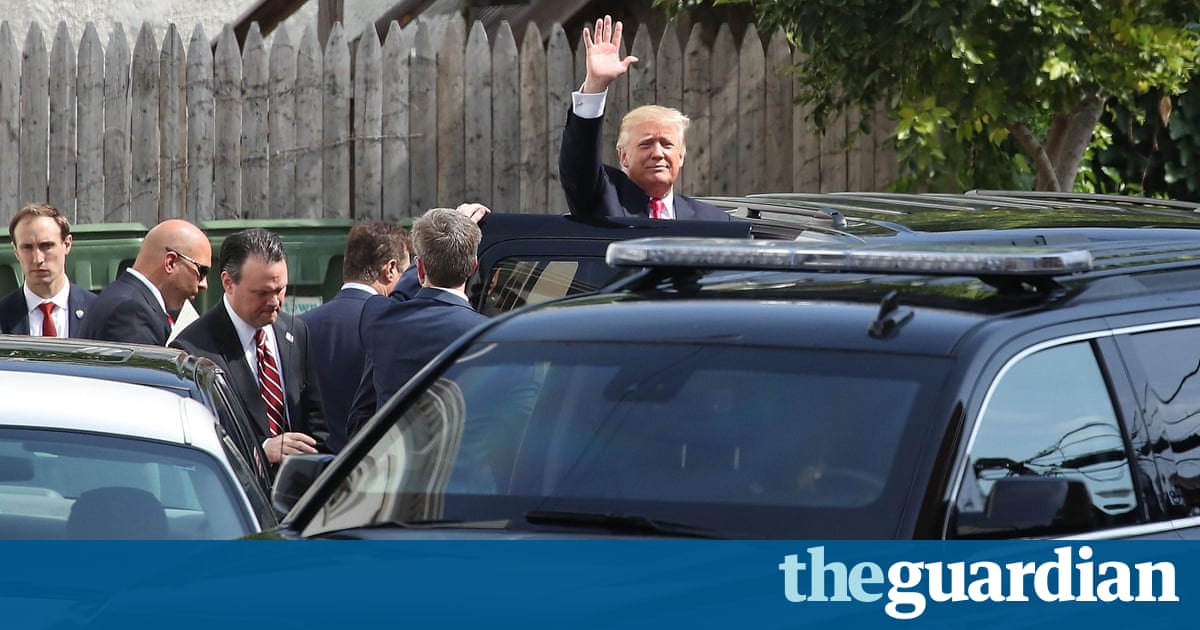 In the long Kabuki dance that is a presidential election, there are only one or two moments that even come close to a decision worthy of the Oval Office. All the rest is commentary.

For Donald Trump, we are fast approaching one of those moments. In the next two weeks, the property developer will make his most fateful decision since he fired Meat Loaf from Celebrity Apprentice.

Who deserves the peculiar honor of serving the nation just a heartbeat away from an orange-hued president? More importantly, who would accept a job that famously even under sane and qualified presidents isnt worth a bucket of warm piss?

Trumps vice-presidential pick might reassure some Republicans that there would be some adult supervision of a president who wants to launch a trade war with China, deport 11 million US residents, and close the borders to a billion Muslims.

Then again, any voter who thinks that Trump will listen to wise veep counsel is in desperate need of some adult supervision of their own.

First and foremost, this is a candidate and possible president who cannot keep secrets. The veep selection and vetting process is normally a confidential affair. Candidate Obama smuggled his candidates into his hotel through the rear entrances located by the garbage trucks.

The reasons for confidentiality are clear. You stand more chance of surprising voters and dominating the news cycle with a secret pick. You also avoid the risk of association with tarnished goods if news leaks before the vetting is complete. And finally you avoid the risk of looking impotent when your selections turn you down.

Its a question of trust and discipline: if a candidate cannot keep a secret, how on earth can he or she protect national security secrets inside the West Wing? This ought to be an obvious point to a candidate obsessed with Hillary Clintons private email server. But it turns out that self-awareness and self-promotion do not go hand in hand.

Instead of secrecy and self-discipline, Candidate Trump brags about meeting his veep candidates on Twitter. He has boasted of his time with Senator Joni Ernst of Iowa, Senator Bob Corker of Tennessee and Governor Mike Pence of Indiana. (For some reason, he hasnt bragged about his body man and former presidential rival, Governor Chris Christie.)

In between those meetings, the GOPs standard-bearer had this to say: The only people who are not interested in being the VP pick are the people who have not been asked!

Well it turns out that even some of those who have met with Trump are not interested in being his vice president.

Ernst ought to fit the bill as a solid pick: a Tea Party darling, she was one of the rising stars of the 2014 cycle thanks to a TV ad that featured her boasting about her knife skills. I grew up castrating hogs on an Iowa farm, she began sweetly. So when I get to Washington, Ill know how to cut pork.

In fact, Ernst prefers a cleaver to a scalpel: she wants to abolish several US departments and agencies such as the Department of Education and the IRS. She is a rare female army veteran in the US Senate who was deployed to Kuwait during the Iraq war. And she believes that Saddam Hussein really did possess weapons of mass destruction; we just couldnt find them.

Sadly, she isnt available for the veep job, because she has to be somewhere else for the next few years. I think that President Trump will need some great assistance in the United States Senate and I can provide that, she told Politico this week. I will probably participate more as an advocate.

Bob Corker is a less obvious choice for Trump, but he would have added some desperately needed foreign policy heft to a Trump White House. The chairman of the august Senate foreign relations committee specializes in sounding reasonable while voting solidly along party lines.

After meeting the entire Trump family, Corker ruled out running for veep because, well, it just doesnt feel right. Ive always thought that Im better suited for other kinds of things, and I think most people who know me agree with that, he told reporters on Wednesday.

That leaves Pence: a former talk radio host who went on to become an arch conservative in the House, where he policed ideological purity at the Republican Study Committee. He was opposed to immigration reform, LGBT rights and was a strong supporter of the war in Iraq.

Its not yet clear what Pence thinks of Trumps position on Saddam Hussein. For some time, the GOP nominee has voiced his admiration for the man his own party only recently considered a vile dictator forming an axis of evil with Iran and North Korea.

But that was so post-9/11. Nowadays the Republican party is led by a man who thinks Saddam a designated state sponsor of terrorism was in fact a great leader in the war on terror.

To put it mildly, this is not the worldview of Pence, Ernst and Corker. Republicans used to campaign against Obama by saying that the troops would have no confidence in a commander-in-chief who opposed the war in Iraq.

Now they are getting vetted by a man who thinks Saddam would have been a great ally. On that basis, it seems a shame to have destroyed him and his regime, destabilized the entire region and killed almost 4,500 US servicemen and women, as well as tens of thousands of Iraqi civilians.

These are hard times for what passes for the Trump campaign and the RNC. Staffers are hired and depart a few days later. The RNC is supposedly professionalizing a candidate who is pathologically determined to make things up as he goes along. Maintaining the faade of unity and popularity is a gold-plated exercise in hyperbole and question-dodging.

That leaves the small problem of who to put on stage at the Republican convention in Cleveland in less than three weeks time. Beyond his blood relatives, Trump has suggested he will give speaking slots to sports figures, like the boxing promoter Don King.

This is not just a challenge for staging a convention. Without party support and no, Ben Carson doesnt count there can be no legislative action to back up the over-inflated words that emerge from President Trumps mouth. Its all hat and no cattle; all Don King, no Muhammad Ali.

For a candidate who admires dictators, this might not be a problem. For members of Congress running for re-election, this is a catastrophe. Aesop wrote that a man is known by the company he keeps. By now, its painfully obvious that the Grand Old Party doesnt want to keep Trumps company.