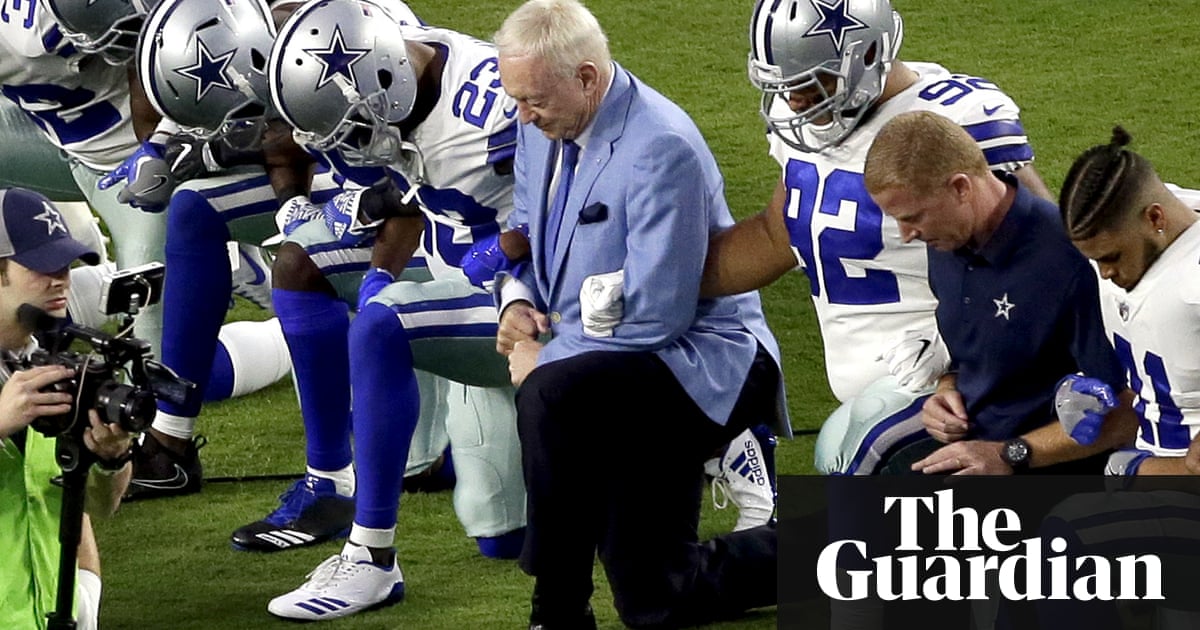 The NFL is exploring options to get more than $2m in reimbursement for legal fees from Dallas Cowboys owner Jerry Jones over his threat to derail Commissioner Roger Goodell’s contract extension, as well as court costs for running back Ezekiel Elliott’s fight to avoid a six-game suspension, said a person with knowledge of the situation.

The attempt at restitution is rooted in a 1997 resolution that states owners can seek repayment for legal fees if a fellow owner is responsible for getting them involved in legal action.

The Cowboys declined to comment on the owners’ actions.

Jones’ attempt to derail Goodell’s extension, which came after Elliott was suspended over domestic violence allegations, led to a volley of threatening letters from lawyers for both sides.  After eventually relenting, Jones said after the owners meetings in December that he got what he wanted with an agreement to consider changes to the power of the commissioner’s role through the league’s constitution.  Jones denied that his attempt to scuttle the contract was tied to Elliott’s suspension, but made repeated references to Goodell’s power to punish players.

With Jones and Goodell in the same room for a news conference after the December meetings, the commissioner said he didn’t take Jones’ objections to the extension personally. Goodell also denied assuring Jones that Elliott wouldn’t be suspended before announcing the punishment in August. Jones and the Cowboys were supportive of Elliott’s lawsuit, which was led by the players’ union and resulted in federal court hearings in three states over a span of two months. The suit eventually failed and Elliott served the suspension.