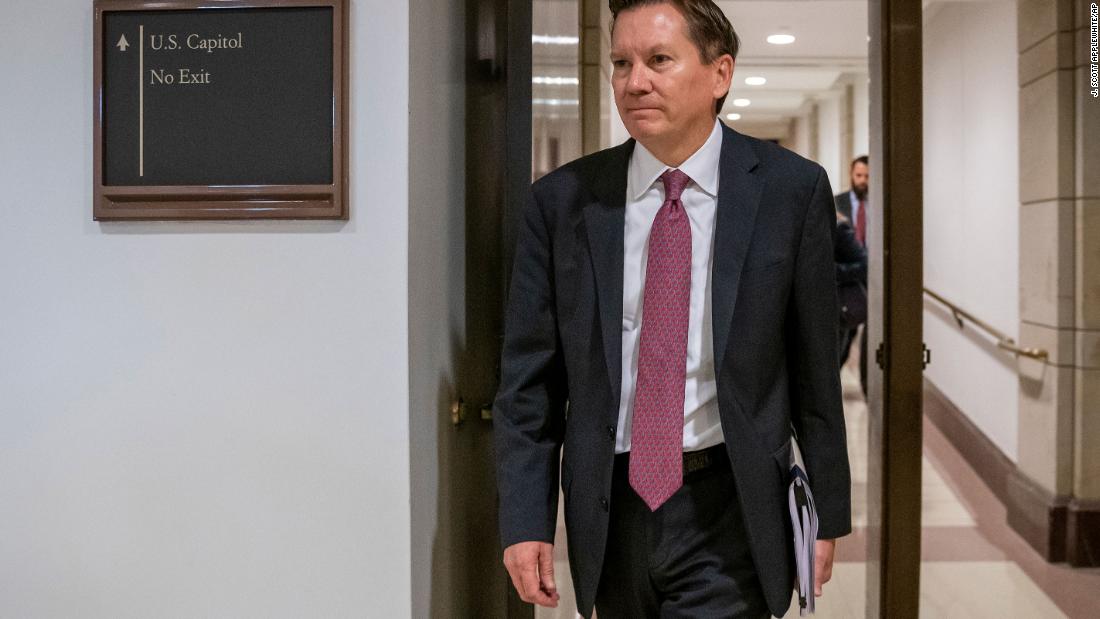 The second official is one of the people interviewed by Intelligence Community Inspector General Michael Atkinson in his efforts to confirm the initial complaint, one of the people told the Times. It is unclear whether Atkinson mentioned the second official’s potential complaint in his closed-door briefing on Friday with lawmakers explaining how he corroborated the initial whistleblower’s complaint, which alleged that Trump had pressured Zelensky to investigate former Vice President Joe Biden — Trump’s potential Democratic rival — and Biden’s son Hunter. There is no evidence of wrongdoing in Ukraine by Joe or Hunter Biden.
A more direct complaint could draw greater scrutiny to Trump’s attacks discrediting the original complaint as composed of secondhand information. The President has said he wants to meet not only the whistleblower, “who presented SECOND & THIRD HAND INFORMATION, but also the person who illegally gave this information, which was largely incorrect, to the ‘Whistleblower.’ “
Last week, Trump also described whoever had provided the whistleblower with information about his call with the Ukrainian President as “close to a spy,” adding that in the old days spies were dealt with differently.
In a rare statement released Monday, Atkinson addressed the false claim pushed by Trump and some of his allies on Capitol Hill that the whistleblower lacked firsthand knowledge of the conduct outlined in the complaint and therefore the allegations were based on “hearsay.” The statement made clear that the whistleblower was not simply communicating secondhand knowledge.
Trump has openly called on Ukraine and China to investigate the Bidens, asserting on Thursday that he has the “absolute right” to ask “other Countries” to investigate corruption, amid escalating scrutiny over his interactions with foreign leaders.
“As the President of the United States, I have an absolute right, perhaps even a duty, to investigate, or have investigated, CORRUPTION, and that would include asking, or suggesting, other Countries to help us out!” Trump tweeted.
There’s no evidence that the former vice president received any money from China, and a lawyer for Hunter Biden has pushed back on Trump’s characterization, calling it “a gross misrepresentation.”