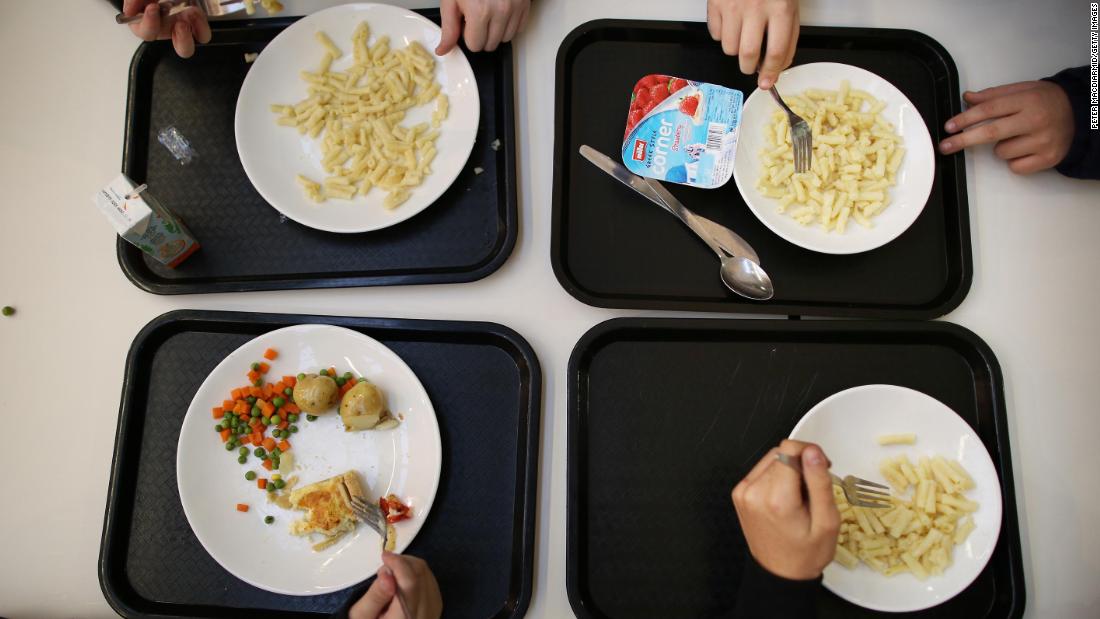 (CNN)Students often joke about the “mystery meat” in their school lunches. Well for kids in New York City, there won’t be any mystery at all, at least on Mondays.

“Cutting back on meat a little will improve New Yorkers’ health and reduce greenhouse gas emissions,” de Blasio said at a news conference. “We’re expanding Meatless Mondays to all public schools to keep our lunch and planet green for generations to come.”
De Blasio also said parents could still send their children to school with a lunch that contains meat if they liked.
Proponents of Meatless Mondays point to the health benefits of eating less meat.
Research consistently shows that plant-based diets are linked with a lower risk of obesity, hypertension, heart disease, Type 2 diabetes and cancer, said Sharon Palmer, a registered dietitian and author of “Plant-Powered for Life.”
“Even going meatless one day a week can make a difference, as you increase all of those whole plant foods — beans, lentils, whole grains, nuts, seeds, vegetables, fruits — and decrease more animal foods, in particular red and processed meat,” Palmer told CNN last year. “High intakes of these foods have been linked with increased disease risk.”

This is not just about health

Proponents also said reducing the world’s consumption of meat is good for the planet, too.
A study published in October in the journal Nature found that the production of animal products generates the majority of food-related greenhouse-gas emissions — specifically up to 78% of total agricultural emissions.
So reducing the amount of meat the world eats would reduce the amount of greenhouse gas released around the globe.
But not everyone is always on board with the idea of children giving up meat for one day during the school week. Back in 2012, the US Department of Agriculture called on its employees to have Meatless Mondays but then walked it back after pushback from the National Cattlemen’s Beef Association, which accused the USDA of taking part in an “animal rights extremist campaign to ultimately end meat consumption.”
School leaders in New York said doing this just makes good sense.
“For those who scoff at this notion, I have some simple advice: Look at the science,” Staten Island Borough President James Oddo said. “Look at the data. Look at the childhood obesity. Look at pre-diabetes diagnoses. Look at the fact that 65% of American kids age 12 to14 shows signs of early cholesterol disease. Then, perhaps you will embrace the fact that we can’t keep doing things the same way, including welcoming the idea of Meatless Mondays.”