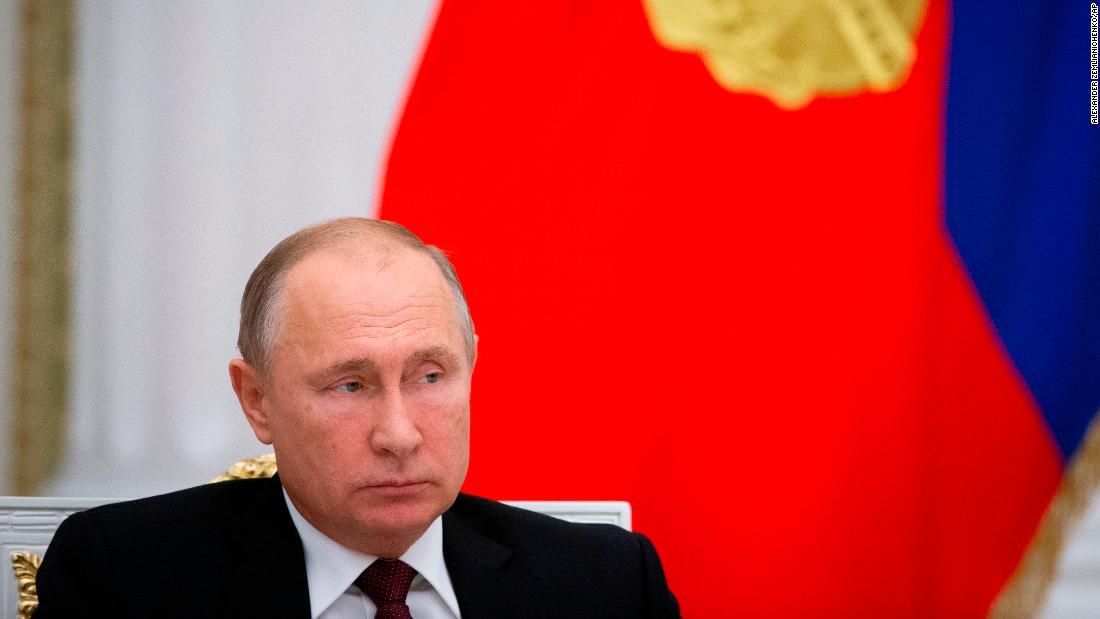 New York (CNN Business)A version of this article first appeared in the “Reliable Sources” newsletter. You can sign up for free right here.

We should be thinking about this in the present tense, not in the past tense. The workweek is beginning with a NEW warning that Russian hackers continued to support President Trump and sow division in the United States well after the 2016 election. This time the warning comes in a report commissioned by the Senate.
In fact, TWO reports about Russian interference are due to be released by the Senate Intelligence Committee on Monday. Per CNN’s Donie O’Sullivan, “the reports are based on data provided by the social media companies to the committee, much of which has not yet been made public.”
O’Sullivan says “the reports don’t appear to contain any bombshells, but they do shed light on the totality of the effort — and it is vast. Read O’Sullivan and Kate Sullivan’s story here…

On Sunday night the Washington Post’s Craig Timberg and Tony Romm wrote about a draft of the first report, which was completed by Oxford. The report documents how Russian operatives “used every major social media platform to deliver words, images and videos tailored to voters’ interests to help elect President Trump — and worked even harder to support him while in office.”
Timberg, speaking on Ana Cabrera’s CNN show Sunday night, said the Internet Research Agency’s efforts “actually intensified after election day,” particularly on YouTube. He added: “There’s no reason to think the Russians stopped. Why would they?”

Thanks to O’Sullivan, CNN has some inside info about the second report, which was produced for the Senate by New Knowledge, an online intel firm. According to his source, the firm told the intel committee that social media companies might have provided the “bare minimum” amount of data for the probe. The firm also “advised lawmakers that there are likely more Russian accounts that the social media companies failed to identify, according to the person familiar with the report.”
Big Tech has repeatedly said that it fell short in recognizing what was going on…

Donie O’Sullivan emails: My source says there’s a whole section in the New Knowledge report devoted to examining the Internet Research Agency’s “media impersonation and diminishment strategy.”
NEWS IMPERSONATORS: The researchers found there was 44 Twitter accounts posing as US-related news organizations that had amassed more than 600,000 followers. The report notes that many of the phony news organizations posed as local outlets, and may have been based on studies that show Americans trust local media over national outlets. As CNN and other outlets have previously reported, the group also set up a bunch of phony sites targeting specific groups, such as “Black Matters US” that posed as a black activist group and actually conducted real interviews with Americans (always online or over phone)…
ERODING TRUST: The researchers found the Russians consistently “attempted to erode trust in mainstream media,” I am told, and regularly portrayed WikiLeaks in a positive light.

The more we learn about the 2016 interference, the better. And it’s especially important to understand what has happened since then. What are foreign actors doing now, and why? What’s being done about it?
This isn’t like a broken arm — something that can be fixed with time and attention. No. This can only be managed — it’s a chronic condition like diabetes…

A Mid-Atlantic rainstorm meant a weekend full of Trump tweets. He live-tweeted Fox shows; called Michael Cohen a “rat;” kicked The Weekly Standard while it’s down; attacked Bill Kristol without having the decency to tag Kristol in the tweet; called “SNL” a “Democrat spin machine;” said “unfair” coverage “should be tested in courts;” insulted Jeff Sessions; and used the phrase “witch hunt” four times in a single day.
At one point in the tweetstorm, Ryan Lizza commented, “two tweets in one morning that would lead to calls for impeachment in normal times.” Hey, speaking of Lizza…

Lizza and Nuzzi are writing a 2020 book together

Ryan Lizza and Olivia Nuzzi are pairing up to write a book for Simon & Schuster about the 2020 election. This is the first major book acquisition for the publisher’s new Avid Reader imprint, which is being led by Jofie Ferrari-Adler and Ben Loehnen.
Nuzzi has a loyal audience at NYMag… and Lizza at Esquire… They’ve had editors reach out to them separately about potential book projects… But the notion of working together was much more enticing. Lizza and Nuzzi’s media power couple status is not the hook for the book however — the book aspires to be the definitive account of the 2020 race, both in DC and on the trail, told in the reported narrative style that both writers are known for…

FOR THE RECORD, PART ONE

— Another case of Rudy Giuliani going on TV and making things worse for his client? “Giuliani indicates conversations with Trump on Trump Tower Moscow occurred later than previously known…” (CNN)
— New NBC/WSJ polling re: whether Trump has been honest about the Russia probe: 34% say yes, 62% say no… (NBC)
— This is a great read by Roxanne Roberts: “Robert Mueller is the most unknowable man in Washington.” She says “virtually everyone within Mueller’s orbit refused to talk about him…” (WaPo)

Deepest condolences to Colin Kroll’s family, friends and colleagues. The CEO and co-founder of HQ Trivia was found dead in the bedroom of his NYC apartment on Sunday morning. He was 34.
“The Medical Examiner will determine the cause of death,” per CNN’s story. The NYT spoke with Kroll’s father, who said Kroll “worked too many hours and too hard. I think New York City got to him a little bit.”
As news of his death circulated on Sunday, Kurt Wagner’s Recode story from last month recirculated. Wagner examined Kroll’s recent promotion to CEO, “internal turmoil” at HQ Trivia, and concerns that the startup was just a “one-hit wonder.” The story showed that Kroll was under tremendous pressure.

Time mag on a hiring spree

Three’s a trend: Jeff Bezos bought WaPo and the paper hired lots of people. Patrick Soon-Shiong bought the LA Times and the paper is in the process of hiring lots of people. Marc Benioff bought Time, and now the magazine is posting 25 new jobs.
>> Benioff believes “in the potential of the brand,” Time CEO and EIC Edward Felsenthal told me on Sunday’s show. Read Jackie Wattles’ recap of the interview here…

Variety’s New York Bureau Chief Ramin Setoodeh has been working on a book about “The View” for the past three years. Now it’s time to reveal the title, the cover and the release date:
St. Martin’s Press will publish “Ladies Who Punch: The Explosive Inside Story of ‘The View'” on April 2, 2019. Whoever came up with the title deserves a bonus!
St. Martin’s chair Sally Richardson: “The book is just like ‘The View’ itself: outrageous, shocking, moving, funny, and a true reflection of American culture.”
Setoodeh has gone back to the creation of “The View” 21 years ago and has documented all the ups and downs since. He interviewed Barbara Walters, Rosie O’Donnell, Meredith Vieira, Star Jones, Joy Behar, Sherri Shepherd, Jenny McCarthy, Meghan McCain, Bill Geddie, Anne Sweeney, Cindi Berger, Brian Teta, Candi Carter — practically everyone involved with the show — with a couple exceptions.
“The two cohosts who never agreed to sit down with me — even though I’d interviewed them both before — were Whoopi Goldberg and Elisabeth Hasselbeck,” Setoodeh told me. “Read it and you’ll see why.” Here’s the Amazon page…
Read more of Sunday’s “Reliable Sources” newsletter… And subscribe here to receive future editions in your inbox…

FOR THE RECORD, PART TWO

— Smart column by David Dodson for CNN Business Perspectives: “To hold Facebook accountable, stop calling it a tech company…” (CNN)
— What?! “Arizona newspaper publisher uses his publication to accuse wife of poisoning attempt…” (AP via NBC)
— “The tremors that continue to shake many newspapers are now moving through new media companies…” (WaPo)
— Jim Rutenberg’s Monday NYT column: “The most powerful print publication in America might just be The National Enquirer…” (NYT)
— Yes, but… As I illustrated with this timeline on Sunday’s show, the Enquirer suddenly stopped promoting Trump when its parent company was subpoenaed in April… So Trump has lost one of his biggest boosters… (CNN)