Tourist board criticised for new regulations, which also prohibit solo ascents with the aim of reducing the number of accidents 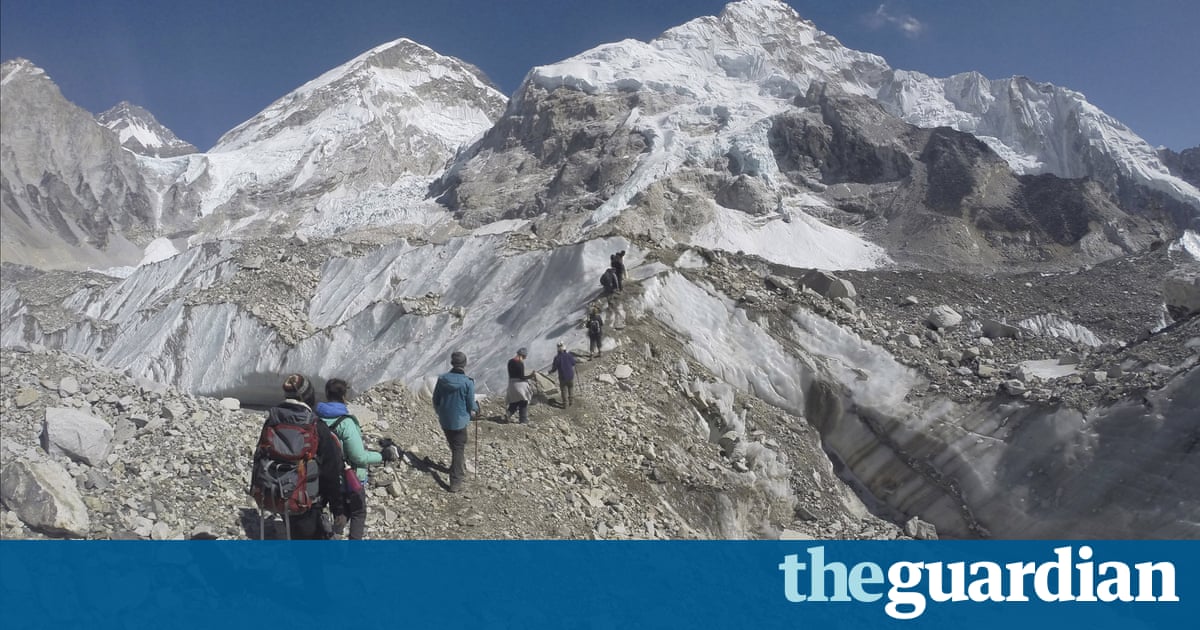 Solo climbers, blind people and double amputees have been banned from climbing Everest under new rules the Nepalese tourism ministry believes will reduce the number of deaths on the mountain.

The changes have provoked criticism from the US ambassador to Nepal and a former Gurkha soldier planning to scale the peak after losing both legs in Afghanistan.

The new rules have been under discussion for a month and were implemented this week, Nepalese officials told the Himalayan Times.

Individual climbers will need to be accompanied by a mountain guide, and high-altitude workers who accompany expeditions to the summit are eligible to receive summit certificates under the revised regulations.

A suggested upper age limit of 76 for climbers – which Nepalese alpine associations had lobbied for after the death of an 85-year-old climber in May – has not been implemented, but the government maintained the ban on climbers under 16.

Everest once attracted only elite climbers, but as the relative cost of scaling the peak has fallen the mountain has drawn record numbers of aspiring mountaineers, including many from China and India.

Experienced climbers have raised concern that the mountain is becoming dangerously overcrowded and that new companies with lower safety standards have rushed to fill demand in the market.

The Nepalese government tightens the eligibility criteria for permits to scale the 8,848m (29,029ft) peak from the Nepal side before each spring climbing season, but enforcement is patchy and rules are frequently overlooked.

One veteran climber, Alan Arnette, said the ban on amputee and visually impaired climbers was prejudiced, ignorant and irrational. “If this is about protecting people from their own ambitions, then over half of the annual climbers should be banned each year as they lack the experience to safely climb Everest,” he wrote on his blog.

“And where does this stop – people with asthma, diabetes, hemophiliacsor cancer? All of these have recently successfully summited Everest with no problems.”

According to the Himalayan Database, 29 people with disabilities have attempted to climb Everest, and 15 have reached the top. Two – Phur Yemba Sherpa in 2014 and Thomas Weber in 2006 – died on the mountain.

Another 288 non-disabled people have died on Everest from 8,306 attempts since 1953. Six people died this year, and 648 reached the summit, the second-highest for a single climbing season. Around 237 climbed from the Tibetan side.

The new rules were criticised by Hari Budha Magar, a Gurkha soldier who lost both legs in an explosion in Afghanistan and is training to become the first above-knee double amputee to climb Everest.

“Nepal should be proud of me, not banning me,” he wrote on Facebook. “I will be climbing Everest whatever the cabinet decides. Nothing Is Impossible.”

The ban was also criticised by the US ambassador to Nepal, Alaina B Teplitz, who tweeted: “Ability not perceived ‘disability’ must guide rules on who can trek Everest.

“Climbers like Hari Budha Magar shouldn’t be banned because of false assumptions about capabilities. Accessible tourism for ALL will make it clear that Nepal welcomes everyone!”

‘We never thought he wouldn’t come home’: why did our son Connor Sparrowhawk die?

Violence, prejudice and low pay: all in a day’s work for migrants in Malaysia | Pete Pattison

Doglegs: the wrestlers breaking stereotypes of disability in Japan