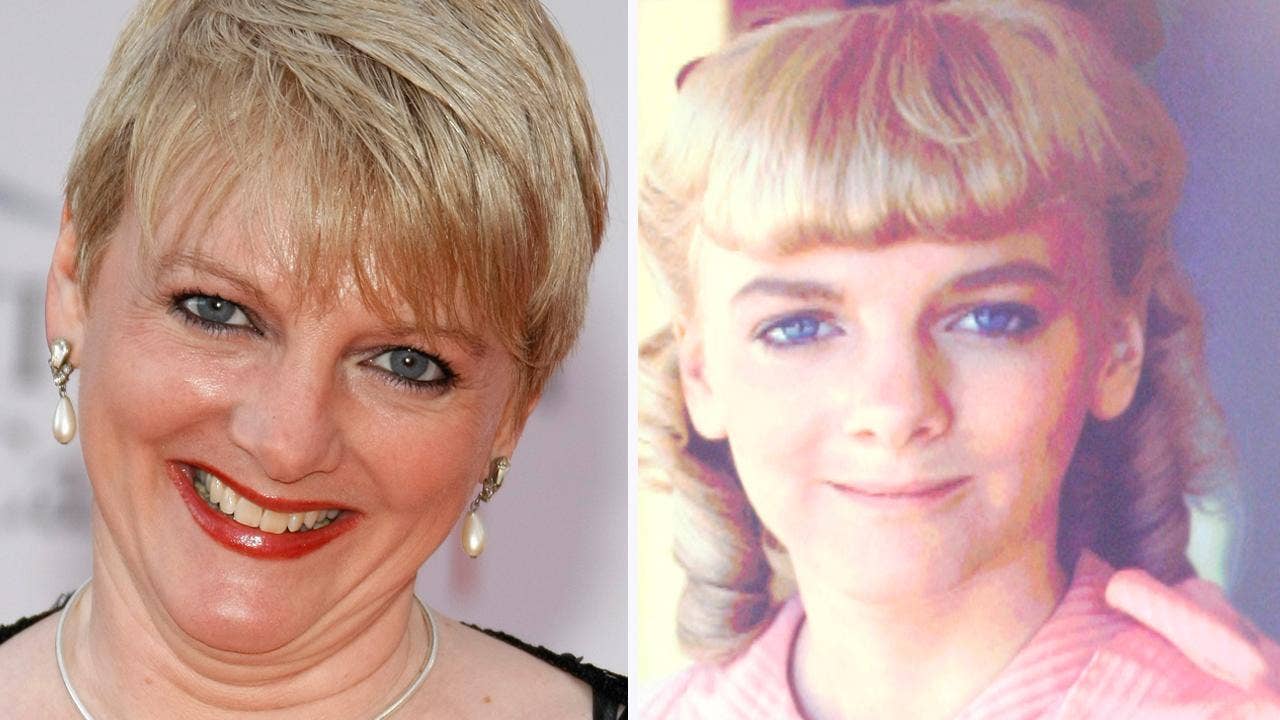 After decades of best being recognized the bratty Nellie Oleson from “Little House on the Prairie,” Alison Arngrim is having fun playing “Bewitched” star Erin Murphys wife.

I guess if I was going to marry a woman, shed be first in line, explained the 55-year-old actress to Fox News. Arngrim is currently starring in a web series, titled Life Interrupted, where she appears as Ally Hughes, the divorced wife of former child star Mason Bell (Mason Reese) who has found love again with Nina Woolworth (Murphy).

Of course, I have a husband of 24 years, she said on her real-life marriage. He thinks its hysterical. Whenever we run into her at a party, my husband would go, She and I are married to the same woman. Erin thinks its a hoot and we make a cute couple!

Arngrim revealed that she instantly said yes to the project after she found out her cast-mates all happened to longtime friends and TV legends in their own right. In addition to the former child star of “Bewitched,” Life Interrupted also features Dawn Wells of Gilligans Island, as well as Michael Learned from The Waltons, who plays Arngrims difficult mother-in-law. She believes curious viewers and longtime fans will appreciate the shows comical writing, as well as the flashback it proudly delivers with its all-star cast.

I think a lot of boomers are at that age where the 70s are just really kicking in for nostalgia, she said. Its before everything kind of went berserk with thousands of cable channels and different formats to watch anything. Back then you had your three channels and a couple for reruns. We represent that era.

Despite her newest role, Arngrim doesnt mind being remembered as the villainous rival to Laura Ingalls in the western drama, Little House on the Prairie, which ran from 1974 to 1983. She pointed out that the series is currently airing in 140 countries and has kept her busy traveling to make appearances, especially in France where Little House has a cult following.

When the show first stopped back in the 80s, I and a lot of the other actors thought people would stop talking about it [but] it began rerunning in all the other countries. It didnt go away, it only escalated, said Arngrim. I get recognized more now than I did when the show was running There was a time in my 20s when I would say I didnt want to be recognized as Nellie forever but Nellie was a lot of fun to playIndeed, I thought Id be sick of it, but now, it just makes me smile.

Arngrim recalled how fans of Little House would come up to her and reveal how much they hated nasty Nellie and wanted to smack her. However, one viewer made sure to leave an unforgettable impression. She described how at age 16, a mysterious person suddenly threw a cup halfway filled with orange soda on the side of her head while she was waving at the Hollywood Christmas parade.

I was actually impressed, said Arngrim. I mean, how good did you have to be to make someone so angry? I wont ever forget it. Maybe that person will finally come forward and confess.

MELISSA GILBERT EXPLAINS WHY SHE HAD HER BREAST IMPLANTS REMOVED

But playing bad felt really good for Arngrim in a more personal way. In her 2010 memoir, Confessions of a Praire Bitch, she described how becoming Nellie onscreen helped her cope with the sexual abuse she faced as a child at home.

Theres one episode where Im screaming, thrashing the kitchen, and getting flour everywhere, she said. I just remember raising my fists and screaming. I looked back and it and went, Yep, I was very relaxed after that day. It was therapeutic and it helped me get a lot of things out of my system.

As Arngrim gears up to launch more episodes of Life Interrupted, shes also staying in touch with her extended family.

Youd think we be sick of each other by now, she joked on frequently reuniting with her former cast mates from Little House and even living 10 minutes away from Rachel Lindsay Greenbush (baby Carrie).

We try to have a party at least once a year, she added. Its not even for the fans its just for us to get together again and have dinnerWe try to stick together as much as we can. We keep in touch all the time to see if anybody needs anything.