The star of forthcoming Le Carr adaptation Our Kind of Traitor on female directors, posh actors and why theatres not for her 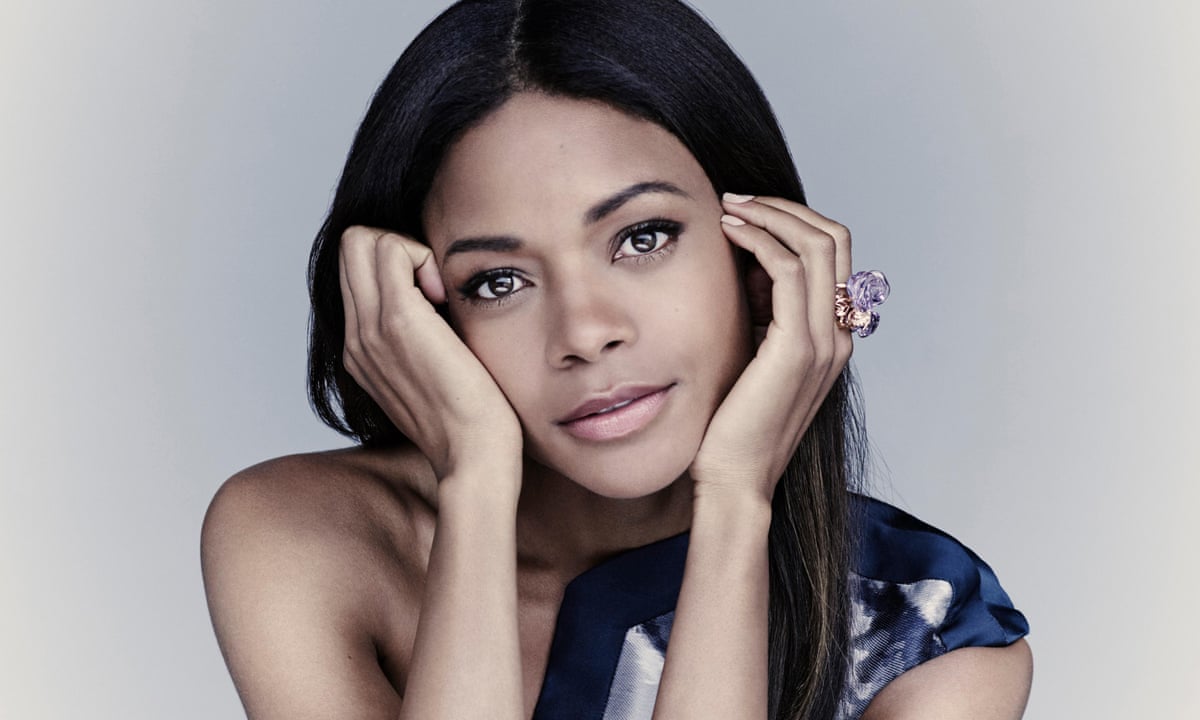 Oh gosh, someones had an accident there, says actor Naomie Harris, sounding concerned. Shes in a car en route to the Dior show at Paris fashion week; such invitations have tumbled in since she played Winnie Mandela in 2013s Mandela: Long Walk to Freedom and updated Eve Moneypenny in the Bond films Skyfall and Spectre. Harris, 39, began acting professionally aged nine, and after university (Cambridge) and drama school (Bristol Old Vic) she was cast by Danny Boyle in the dystopian 28 Days Later. Her new movie is Our Kind of Traitor, an adaptation of the John le Carr novel, in which she and Ewan McGregor are an ordinary couple caught up with the Russian mafia while on holiday in Marrakech.

Is going to fashion shows fun or professional obligation?
I love fashion and I have a great stylist who introduced me to it, because I didnt know anything about fashion before. Now we go every year to these shows and its just a fun thing to do. But its just for the red carpet, not everyday life.

With Our Kind of Traitor and the BBCs recent The Night Manager are we seeing Le Carr being adapted in more opulent, glamorous style?
Id say Our Kind of Traitor has got the real Le Carr feel to it, but maybe a difference would be the emphasis on the romantic relationship. Its a spy thriller and all of that, but at the heart of it, its about love and family and you dont generally see that at the centre of Le Carr films.

It used to be that Le Carr heroes were the cynical, anti-James Bonds. As someone who has worked on film versions of both, do you think they are coming closer together?
If anything, Bond is moving closer to Le Carrs world in that, with Daniel [Craig] playing Bond, its become much grittier and less fantastical. So yeah, theres some movement but they are still fundamentally going to be very different.

With two regular people at the centre of Our Kind of Traitor, it encourages the audience to think what we might do if, say, a kingpin money launderer for the Russian mafia asked for our help. How did you answer that personally?
Oh, Id react incredibly badly. Im such a scaredy-cat, so I dont think Id be going on any of those adventures. Id be like my character, Gail, not wanting to go. That she goes along with it is solely because of her depth of love for Perry [McGregor] and I dont think I would be brave enough to do that for anyone.

Our Kind of Traitor is directed by Susanna White, who made Generation Kill, Nanny McPhee and the Big Bang and the BBCs Jane Eyre. Is it a different experience being directed by a woman in an action film like this one?
Its not really a different experience as in, if you have a great director then they have great sensitivity and understand how to speak to you to get you into a specific emotional state. The difference in having a female director and also Gail Egan as a producer is just a sense of reassurance on set. So often when youre on a film set, you do feel isolated, because youre often the only woman. Im so used to it that I just accept it, but theres some part of it thats alienating, and when you have an experience like working with Susanna and Gail, it makes you feel much more part of the process than you normally do. You feel like you belong a lot more.

You famously asked for press material to refer to Bond woman not Bond girl do you specifically seek out strong female roles?
Im not interested in playing roles that stereotype me as a woman or as a black woman. I grew up with incredibly strong, powerful women around me who were highly intelligent and doing their own thing, and those are the women Im interested in portraying because thats what I know to be the truth. A woman who waits around for a man, pines after them I dont have any experience of that kind of woman, so I dont think Id be very good at playing that kind of character.

You landed the Moneypenny part after Sam Mendes saw you on stage in Danny Boyles Frankenstein. But is it true that you dont find theatre acting wholly enjoyable?
Im not a theatre animal. Its not my thing at all. I went to the Bristol Old Vic theatre school, so Ive trained to be a theatre actor, but in every performance I felt like I was going to throw up. I dont think that level of nerves is particularly healthy. I suppose the challenge is to channel those nerves into energy, excitement and things that help your performance, but I didnt manage to find a way to do that.