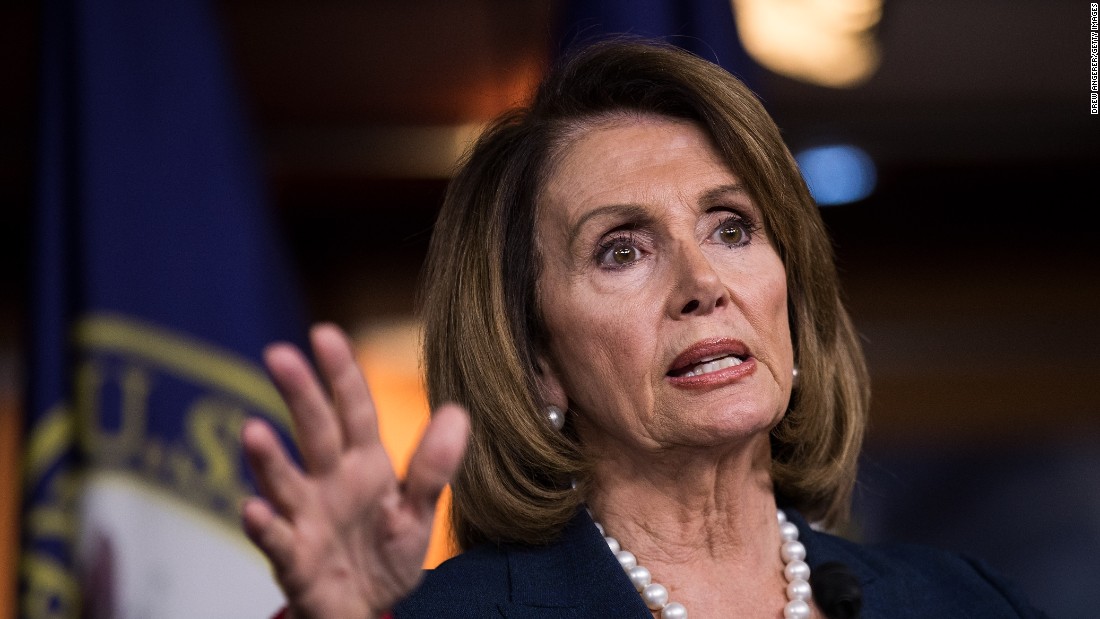 (CNN)Following a moving speech by Speaker Paul Ryan in the wake of the shootings at a baseball diamond that left Rep. Steve Scalise in critical condition on Wednesday morning, you might be forgiven for wondering whether the nastiness of our politics could actually change — at least for a short time.

While Ryan and Minority Leader Nancy Pelosi both spoke eloquently about our common humanity in the wake of the attacks, within hours the shooting had grown deeply political — due in large part to the fact that the shooter, James T. Hodgkinson, expressed a number of anti-Republican and anti-Trump sentiments on his social media feeds.
And now, less than 36 hours removed from the shots ringing out in Alexandria, Virginia, we are already into the condemnation stage of our all-too-predictable political process.
Pelosi was asked Thursday about “the possibility that this incident could be used against Democrats or the Democratic Party politically” because some conservatives had suggested “vitriolic rhetoric from the left being in some way to blame.”
Here’s how she responded:
“I think that the comments made by my Republican colleagues are outrageous, beneath the dignity of the job that they hold, beneath the dignity of the respect that we would like Congress to command. How dare they say such thing? How dare they? Well I won’t even go into the whole thing. I can’t even begin, probably as we sit here, they’re running caricatures of me in Georgia once again, earned over a hundred million dollars of vitriolic things that they say, that resulted in calls to my home constantly, threats in front of my grandchildren. Really, predicated on their comments and their paid ads. So this sick individual does something despicable and it was horrible what he did, hateful. But for them to all of a sudden be sanctimonious as if, they don’t, never seen such a thing before. And I don’t even want to go into the President of the United States. But in terms of some of the language that he has used.”
Think the question touched a nerve?
Pelosi has been a Republican bogeyman since she rose to the speakership in 2007 — and, in truth, long before that. Her mention of the $100 million figure is in reference to the amount of money she estimates that Republican candidates, party committees and conservative groups have spent around the country in negative ads attacking her.
Here’s one — from the Georgia 6th special election — in which the narrator says “Nancy Pelosi and liberal politicians are flooding into Georgia to try and stop our Republican majority that’s getting things done.” (Democrat Jon Ossoff and Republican Karen Handel will face off in a special election runoff on Tuesday.)
Pelosi’s broader point is that demonizing the people who disagree with you isn’t unique to Democrats.
And, she’s right. Both parties — particularly in the last decade or so — have embraced the idea that people who disagree with your political views are, at best, misguided and, at worst, evil. Phrases like “disagree without being disagreeable” or “reasonable people can disagree” have disappeared from our political dialogue. People who disagree with you are to be scorned, shunned and ignored — not engaged.
A 2016 Pew poll on partisanship and polarization showed that 45% of Republicans and 41% of Democrats viewed the other’s policies as a “threat” to the country. Both those numbers increased from the last Pew poll on polarization in 2014. Fifty-five percent of Democrats in that survey said the Republican party made them feel “afraid” while 49% of Republicans say the same of the Democratic party.
People hate the “both sides do it” nature of some corners of mainstream journalism, believing that it creates a sense of equivalency when there is none. Fair enough.
But in this case, both sides do do it! Casting your political opponents as not just wrong but dangerous motivates the bases of the respective parties. And fired-up bases turn out. And that, for most politicians, is plenty of justification to keep playing to the extremes rather than trying to land somewhere in between those two poles.
Until the electorate stops rewarding politicians for saying the most outlandish things about the other party, they will keep right on doing it — no matter how many attacks like the one Wednesday morning happen. Depressing but true.